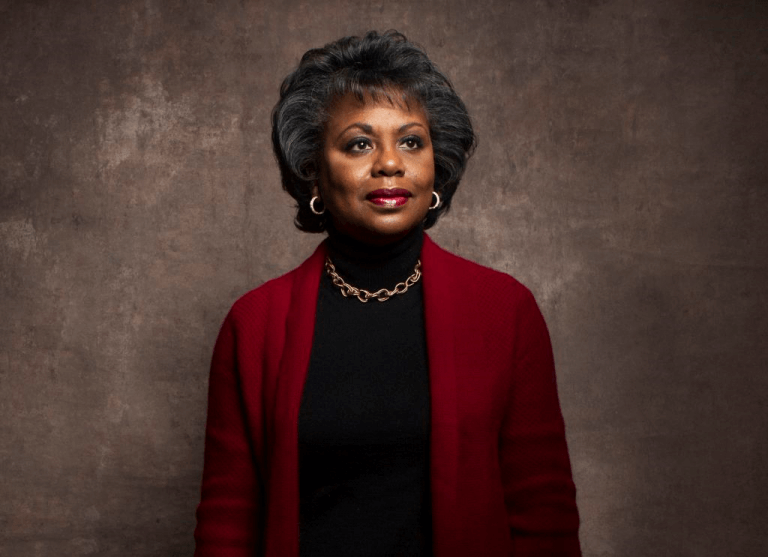 The University had the pleasure to host Professor Anita Hill as the keynote speaker for this year’s Dr. Martin Luther King Jr. Community Celebration at The Paramount Theater. Professor Hill became a national figure in 1991 when she testified against Clarence Thomas, who was nominated to succeed retiring Associate Justice Thurgood Marshall on the  Supreme Court. Professor Hill’s testimony gained national recognition, and she soon became the target of character attacks from the nation. Many claimed her accusations to be “completely unfounded” and that she was merely seeking attention. Thomas stated that he was being subjected to a “high-tech lynching for uppity blacks.” Ultimately, the United States Senate confirmed Thomas to the Supreme Court by a vote of 52-48, the narrowest margin since the 19th century. Despite the verdict, Professor Hill continued to tell her story, even though it sometimes fell upon deaf ears. During the most difficult time of her life, she was accused of “betraying her race” and being a delusional woman. Professor Hill’s experience is an embodiment the difficulties many women of color face. As a black woman, Professor Hill inhabits intersecting identities that equally shape the ways in which she interacts with the world. Intersectionality is a term coined by Kimberle Crenshaw contextualizes the various identities women of color possess, the oppressions that afflict each individual identity, and the ways in which those various oppressions come together to create an overarching “intersectional” identity. In the context of Professor Hill, she faced scrutiny not only as a woman who accused a man of sexual assault, but also as a black woman who “betrayed” her race by coming forward against a prominent black man.

The theme of this year’s MLK Community Celebration was “silence as betrayal,” and the decision to have Anita Hill as the keynote speaker could not have been more fitting. During her speech, Professor Hill expanded on the importance of using your voice. She stressed that even in the most seemingly difficult times, it is always better to speak up than remain silent. Although her case took place in the early 90’s, it still maintains relevancy to this day. She gave an antidote to the country’s current political climate, and the increasing importance of exercising your voice. Professor Hill remained hopeful in the future of advocacy and the country’s progress towards inclusion and acceptance. Currently, Professor Hill teaches Social Policy, Law, and Women’s Studies at Brandeis University. Anita Hill’s courage to stand up against the most powerful court in the country and brave the ensuing wrath of hate and ignorance reflect that of Dr. Martin Luther King Jr. She influenced many women to stand up against the injustices they face daily, and continues to do so through her advocacy. In particular, she awakened the country to the silence thrust upon women of color in instances of sexual violence. Anita Hill reminded the country why silence will always be an extension of betrayal to one’s self and to social justice.