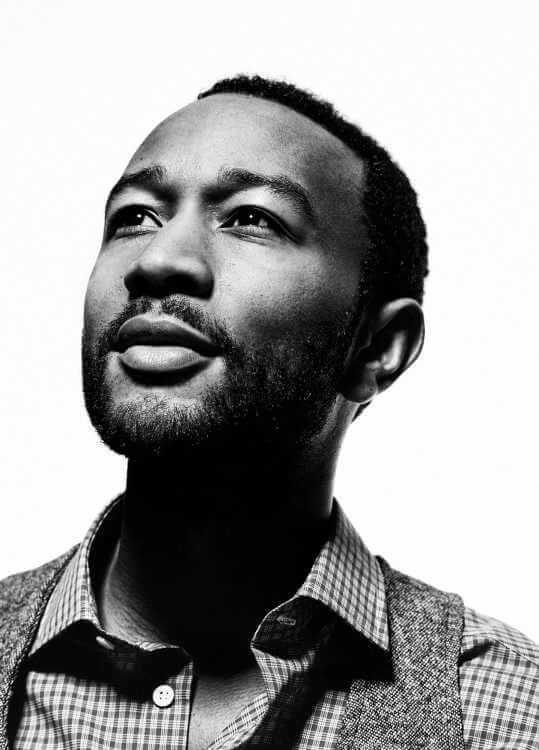 An Evening of Speaking, Q&A, and Songs with Piano

In the summer of 2013 came his first #1 single, “All of Me,” which dethroned Pharrell Williams’ ubiquitous “Happy” and spent three weeks at the peak of Billboard’s Hot 100 chart. “All of Me,” a devotional piano ballad and love song to his wife, Chrissy Teigen, dominated airplay across five radio formats, hitting #1 on Top 40, Rhythm, Adult Contemporary (AC), Hot AC and Urban Adult Contemporary, and racking up over four billion in cumulative radio audience. It was also an international smash, reaching #1 on the official radio and sales charts in nine additional countries spanning the UK, Canada and Australia, and topping the digital charts in dozens more around the world. The official video of his single, “You & I,” has over 44 million views on YouTube.

Both songs derive from Legend’s fourth solo studio album, “Love in the Future,” an immersive experience about romance, love, hope, commitment and optimism. Released in September 2013, “Love in the Future” resonated with critics and audiences alike, debuting at #4 on the Billboard 200 and rising to #2 on the R&B Albums and Top R&B/Hip-Hop Albums charts.

Legend’s illustrious career includes an Oscar for best original song, nine Grammys, five Soul Train Awards, the BET Award for Best New Artist, and the special Starlight Award from the Songwriters Hall of Fame. From the evolution of his recorded works to award show performances and sold-out tour dates worldwide, Legend remains as vital as ever.

A native of Ohio, Legend got his first break while working toward a degree in English and African-American literature at the University of Pennsylvania. He was introduced to Lauryn Hill, who hired him to play piano on her track “Everything Is Everything,” and soon began playing shows around Philadelphia before expanding to New York, Boston, Atlanta and Washington DC. After college he met then up-and-coming hip-hop artist Kanye West, who quickly signed Legend to his G.O.O.D. Music imprint and hired him to sing vocal hooks on some of his music. Legend started gaining momentum through a series of collaborations, adding vocals to an impressive list of chart-topping hits including West’s “Never Let Me Down,” Jay-Z’s “Encore” and Alicia Keys’ “You Don’t Know My Name.”

Since “Evolver,” Legend has collaborated with Rick Ross (“Magnificent,” “Rich Forever”), among others, and teamed with The Roots on 2010’s “Wake Up!” The album featured reinterpretations of socially conscious songs from the 1960s and ’70s, including Bill Withers’ “I Can’t Write Left-Handed.” “Wake Up!” netted Legend three more Grammys, including Best R&B Album and Best R&B Song for his original composition “Shine.”

His latest album, “Love in the Future” (G.O.O.D/Columbia), is a critically acclaimed collection produced by Legend and longtime collaborators Kanye West and Dave Tozer. The album’s lead single, the soulful and gritty “Who Do We Think We Are” featuring Rick Ross, shot to the top of the R&B/hip-hop charts. It was followed by a second single, “Made to Love” featuring Kimbra, a progressive blend of soul, classical and ’80s/’90s Chicago house music. The album’s third single, “All of Me,” co-written with Toby Gad, gave Legend his first #1, segueing to his hit single, “You & I.”

Along with “Shine” from “Wake Up!,” which was featured in Academy Award-winning director Davis Guggenheim’s domestic education reform documentary “Waiting for Superman,” Legend’s soundtrack credits include two 2012 box-office hits. For the film version of Steve Harvey’s best-selling book, “Think Like a Man,” the singer/songwriter contributed the Grammy-nominated “Tonight (Best You’ve Ever Had)” featuring Ludacris. Legend took a more bluesy turn on “Who Did That to You?” an anthem heard in Quentin Tarantino’s critically acclaimed film “Django Unchained.” In February 2015, Legend and rapper Common’s “Glory,” from the soundtrack of “Selma,” received an Oscar for Best Original Song.

In 2007 Legend founded his own music imprint/production entity, HomeSchool Entertainment, which has worked with Motown-signed singer-songwriter Stacy Barthe, the songwriting duo Phatboiz and management client/producer DJ Camper. More recently he extended his creative oeuvre with the establishment of Get Lifted Film Co., a film and television production company whose partners include Mike Jackson and Thias Stiklorious (“The Human Contract,” “The Lather Effect”). Get Lifted has sold multiple TV projects to networks including HBO, Showtime, NBC, Fox and USA, and entered into an overall television deal with Universal Cable Productions.

Giving back is another constant in Legend’s life. He serves on the board of PopTech, a unique innovation network dedicated to accelerating the positive impact of world-changing people, projects and ideas. He doubles as national spokesperson for Management Leadership for Tomorrow, a nonprofit that assists the next generation of minority business leaders. In 2011, Legend and Samsung partnered together to support education initiatives with a special focus on science, technology, engineering and mathematics (STEM). A 2010 BET Humanitarian of the Year honoree, among other accolades, Legend launched his own education-based organization, the Show Me Campaign (ShowMeCampaign.org), in 2007.