How Morgan Stanleys Carla Harris Found Success, in Both Banking and Music 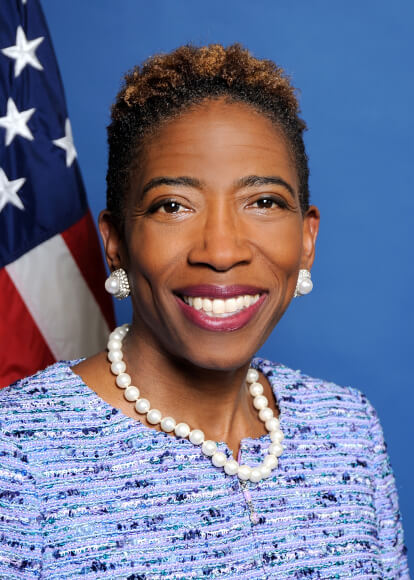 In addition to being the vice chairman of wealth management at Morgan Stanley (ms, +0.82%), Harris chairs the National Women’s Business Council (NWBC), an advisory panel to Congress and President Barack Obama on economic issues important to female business owners. And she sings. Really, really well. So well, in fact, that she’s had four of her Carnegie Hall concerts sell out entirely.

Harris’ role as chair of the NWBC combined with the fact that she is one of very few black women in finance mean she is often in the spotlight, frequently speaking about the status of female and minority business owners. But what about Harris herself? How did she come to be a trusted economic advisor to the president? Fortune sat down with Harris to find out.

Harris: I grew up as an only child in a no-nonsense, no-excuses household. My parents gave me the sense that I was supposed to do well, and never made me think it was extraordinary to get As or to excel in school. I remember telling my father, ‘You owe my money for my A,’ because one of my classmates was getting paid every time she got a good grade in school. But my father said, ‘I don’t owe you anything, that’s what you’re supposed to do.’

My mother always told me—and I thought this was genius—’There are a lot of inequalities in the world. Be so outstanding that there is no debate. If you want an A, shoot for the A+, so if the teacher is unfair, you still get an A.’ What a genius way to say the world isn’t fair and the world may discriminate against you.

Sounds like you were given ample confidence to excel growing up. Did any of this change once you got to college at Harvard?

You know, not at all. I never thought any thoughts at all that I was out of order, or that I shouldn’t be there. I went to the best schools where I grew up [in Jacksonville, Fla.] and I had no reason to believe that I wasn’t prepared. I had never heard of the Andovers and Exeters and I never thought I wasn’t ready.

Being such a successful black woman, many people see you as exceptional. Do you agree?

Frankly, I don’t think that I am extraordinary in any way. There are lots of women that are just as focused as I am, and we’re going to see a lot more of them. There is extraordinary growth in the number of black women entrepreneurs—they’re the fastest growing group of entrepreneurs, and that’s despite the fact that women traditionally have had a tougher time accessing capital. And for women of color, that access and that network is even harder.

How have you managed to overcome those challenges?

I have a very strong spiritual base and that has been a major motor and motivator for me. I sing in two gospel choirs, have had five sold-out concerts in Carnegie Hall—I give all proceeds [over $1 million] to charity. I’m in church every Sunday, even though I travel a lot. No matter what city I’m in, I find a church to go to. I spend a lot of time giving back and even though people say [finance and religion] are mutually exclusive, I’ve never had a conflict. It governs how you behave and how you treat people, and you always start from a place of doing the right thing.

It’s true that you don’t typically think of bankers as being spiritual. Do you think people see you differently or treat you a certain way because of how active you are in your church?

When people see you’re always trying to help other people, when they know you’re always willing to do that for somebody else, then when the time comes that you need a helping hand or a connection, they’re more likely to help you. [My involvement with the church] has been helpful in that regard. I’ve seen that, more often than not, your good work and your investment in other people pays off in ways that you would never expect.

Any other advice about how to overcome racial and gender barriers?

First, I think we need to raise the visibility of women’s success stories. The more people can see other people succeeding, the more they can see that they can do that too.

Second, we need to spend resources on elevating [minorities]. Women don’t know about all the resources available to help. There’s information that is out there that is not visible enough to entrepreneurs. That’s one of the things the NWBC is trying to do.

The third thing is to continue to create access to women and entrepreneurs of color. We need more ways to convene people in one place [and] to bring potential investors to them. Right now, you still here the refrain, ‘I’d like to invest in [minority-led businesses], but I don’t know where to find them.’ On the other end, you hear from minority entrepreneurs, ‘I want capital, but don’t know where to go.’

We need to help both sides find each other.