Anita Hill on What It Will Take to End Sexual Harassment 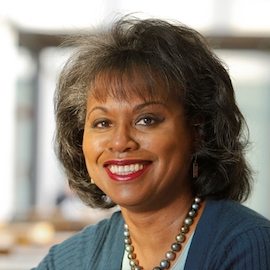 It’s been 26 years since Anita Hill raised awareness of sexual harassment with her televised testimony before the U.S. Senate Judiciary committee. A national conversation about the problem ensued, as did a fuller understanding of its pervasiveness and unlawfulness. Charges of sexual harassment filed with the Equal Employment Opportunity Commission jumped 50 percent just the year after Hill spoke out.

So is she surprised by recent disclosures about Uber and Fox News?

Nope—unwanted sexual advances and attention has been going on for centuries. “To think it’s going to be eradicated in short order is not realistic,” says Hill, professor of social policy, law and women’s studies at Brandeis University and of counsel at Cohen Milstein. “So I’m not surprised. But I’m also not going to be satisfied that this is the final word.”

She points out that the way Uber’s board and investors responded to Susan Fowler’s blog post describing her experience should encourage us all. “They investigated, realized something was wrong and took steps to create a more equitable and inclusive workplace, even putting pressure on leadership to resign,” explains Hill, author of Reimagining Equality: Stories of Gender, Race, and Finding Home. “Their willingness to look at the culture and to change it is progress.”

What should also give us hope is the fact that it was just one woman’s speaking up, amplified by her colleagues’ adding their stories, that brought down the bad-boy culture at the highest valued startup in this country. One woman’s voice, less than four months ago, started it all.

Of course, coming forward, whether it’s by going to HR, filing a lawsuit or posting your experience online, is an act of courage. You have to overcome fears of not being believed, hurting your reputation and harming your career. Yet bringing attention to sexual harassment is “how you will take agency and regain control over your experience,” Hill says.

“Somehow we need to find our voices and be willing to complain,” she adds. That is how the will and commitment to changing the culture will grow and spread—and finally bend the status quo to the breaking point. With any luck, it won’t take another 26 years.