A black man went undercover online as a white supremacist. This is what he learned. 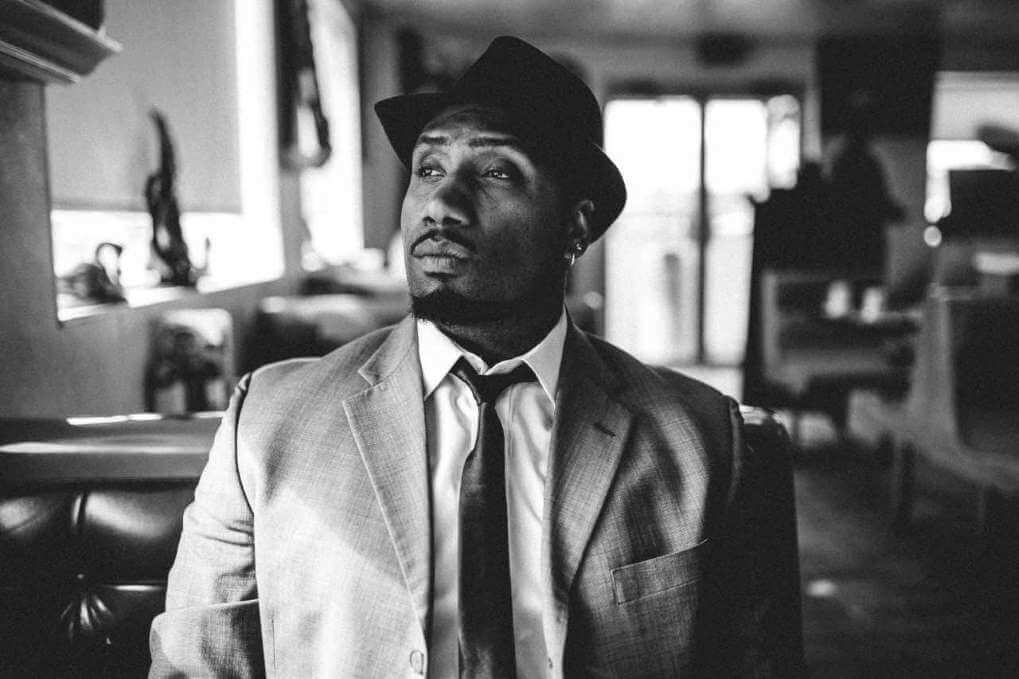 After engaging in endless sparring matches in the comments section, Wilson began to notice something curious: His trolls seemed to speak a language unto themselves, one replete with the same twisted facts and false history. It was as if they had all passed through some “dimensional doorway,” arriving from an alternative universe where history, politics and commonly accepted facts had been turned inside out.

There was the idea that slavery was a form of charity that benefited enslaved Africans; that freed blacks owned more slaves than whites before the Civil War; that people of color make up the majority of those receiving aid from America’s safety-net programs; and that investor and philanthropist George Soros is funding protest movements like Black Lives Matter.

Curious about where his trolls were getting their revisionist history lessons, Wilson, 36, — an award-winning poet and actor from Denver — decided to go undercover in their world. In 2015, he started by creating a ghost profile named “Lucious25,” a digital white supremacist who appeared to be an indigenous member of the alt-right’s online echo chamber, he said.

His avatar was John Carter, the Confederate hero of Edgar Rice Burroughs’s science fiction series about death-defying adventures on Mars.

Within a few weeks Wilson’s alternate identity was questioning President Barack Obama’s birthplace, railing against Black Lives Matter and bemoaning people he called “race-baiters,” such as Attorney General Eric H. Holder Jr. After several months, he was a disaffected fixture on alt-right websites that draw white supremacists — such as Info Wars and American Renaissance — and in the comments section of racist YouTube videos.

“To be honest, it was kind of exhilarating,” Wilson told an audience during a recent TEDx talk about his experience. “I would literally spend days clicking through my new racist profile, goofing off at work in Aryan land.”

During his eight months as a racist troll, Wilson never revealed his true identity. When it was all over, Wilson said, he came to appreciate the way in which the far-right media bubble disables its participants — offering an endless stream of scapegoats for their problems but no credible solutions.

We spoke with the poet about his experience, whether white supremacists are redeemable and why he believes liberals should listen to the far-right. The interview has been edited for length.

How did it feel to assume the identity of a person who — if real — would presumably hate you and everything you represent?

It was painful at first. I’m still me. This isn’t like the blind Dave Chapelle KKK character who didn’t know he was black. To get beneath the pain, I had to begin to dissociate from myself as a black person. The pin pricks didn’t go away, but it began to feel like a character study. I’ve acted before, and the muscle I developed learning theater allowed me to do this. Acting teaches you that you can’t just act, you have to be, so I would sort of tell myself I was Daniel Day Lewis or Denzel Washington becoming a role.

As you became more familiar with the alt-right online, what shocked you most about their views?

That there are still people who think black people are not fully human and that we are lagging in terms of evolution. The comments I’d read about our facial features being monkey-like and dark skin being proof of primitiveness were shocking. The fact is that there are people who believe that the difference between us is the difference between two species, not a race. I was raised with so many examples of black excellence and nothing about inferiority. Meanwhile, the folks on these forums are still discussing phrenology. Who uses phrenology anymore? We mapped the human genome!

After spending time in the white supremacist universe, do you consider all of them “bad people”?

It’s wise to avoid absolutes. “Bad” generally means “irredeemable” and “disposable.” Therefore, if I thought everyone in the alt-right were any of these, the experiment would be useless.

You mention that in their forums they’re also seeking “answers” to questions. What are they trying to resolve?

In today’s America, they’re struggling to understand why they’ll have less opportunity than their father’s generation. They also want answers to basic questions about race in America, such as: What’s the point of multiculturalism? Why can only black people say the “N” word? How is racism not over when LeBron James and Oprah have huge bank accounts? How is affirmative action anything other than reverse racism? Why shouldn’t I be proud to be white if someone else is proud to be black?

Were you struck by the reality that infiltrating this world would’ve been nearly impossible for you at almost any other time in American history? You would’ve been putting your life at risk.

This experiment was completely a product of the digital age. Even when the reverse was done in the book “Black Like Me,” there’s always that chance you could be discovered, but here that’s extremely unlikely unless someone is a hacker. The Internet is sort of what a car is to road rage. The glass and steel create this bubble of perceived safety, which amplifies people’s rage, but keeps them from having to deal with the consequences of that rage. There is an honesty that is exposed in the process.

You talk about “breaking out of the digital divide.” Technology offers us the chance to connect with new people and ideas, but you don’t believe it’s a reliable tool for combating racism. Why is that?

James Baldwin accurately diagnosed the white culture’s need for shadow projection onto black bodies as being the roots of racism. A smartphone and an iPad won’t address this need. All they do is reinforce our wants and desires, so if these desires are immature, we never grow. Racism is a comfy cage, and technology hasn’t provided the key for getting out. We need to have courageous, face-to-face conversations with difficult people outside of the security of our laptops.

You talk about racists with something approaching compassion. Does that suggest you’re hopeful about our chances of defeating racism?

Just because this experience made me more compassionate doesn’t mean I’m more hopeful. My compassion comes from knowing these people are still so vulnerable to social programming. But the social forces that make racism commonplace aren’t necessarily going away. Look at what happened in Charlottesville, for example. How did a brand-new generation of white guys get that hateful? They never joined their dad in a lynch mob. They never smelled the burning flesh of a Negro in a town square or lived in Jim Crow America. And yet, they still adopted those hateful attitudes. That doesn’t make me hopeful at all.