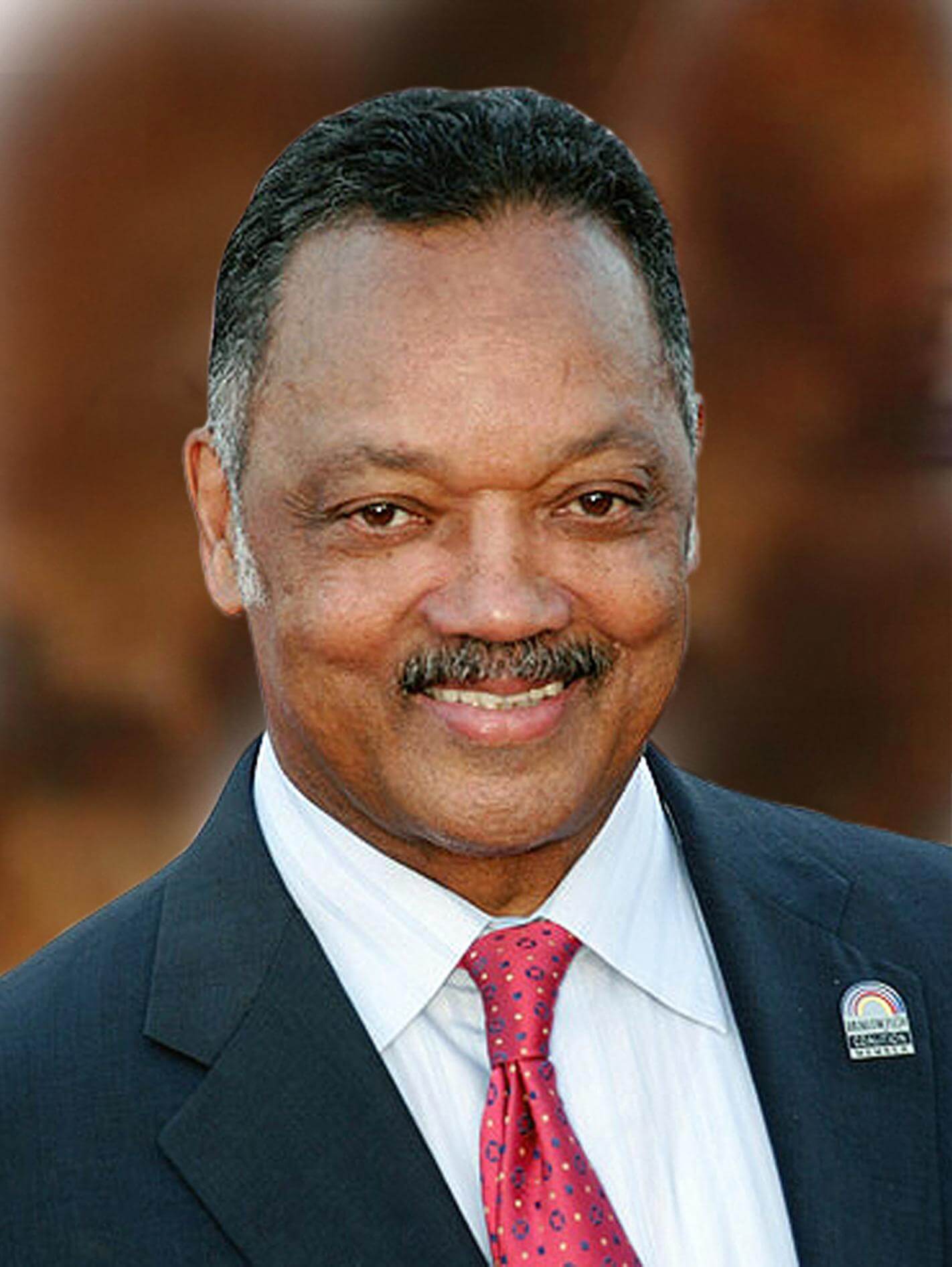 The Reverend Jesse L. Jackson, president and founder of the Rainbow/PUSH Coalition, is one of America’s foremost political figures. Called the “conscience of the nation” and “the great unifier,” he challenges Americans to establish just and humane priorities and is known for bringing people together across lines of race, class, gender, and belief. An assistant…

The Reverend Jesse L. Jackson, president and founder of the Rainbow/PUSH Coalition, is one of America’s foremost political figures. Called the “conscience of the nation” and “the great unifier,” he challenges Americans to establish just and humane priorities and is known for bringing people together across lines of race, class, gender, and belief.

An assistant to Dr. Martin Luther King Jr., Reverend Jackson directed Operation Breadbasket and subsequently founded People United to Save Humanity (PUSH) in Chicago in 1971 to expand educational and employment opportunities for the disadvantaged and communities of color. He then founded the National Rainbow Coalition in 1984, a national social justice organization devoted to political empowerment, education, and changing public policy. The Rainbow Coalition and Operation PUSH merged into the Rainbow/PUSH Coalition in September 1996 to continue both philosophies and maximize their resources.

Reverend Jackson advocated for national healthcare, a war on drugs, dialogue with the Soviet Union, and negotiations with the Middle East long before they were popular positions, and effectively brought South African apartheid and the fight for democracy in Haiti to the forefront of the national conscience. A hallmark of his work has been his commitment to youth – inspiring hope and challenging young people to award themselves with academic excellence and to stay drug-free – and the American labor movement – working with unions to organize workers and mediate labor disputes.

A renowned orator, Reverend Jackson has received numerous honors for his work in human and civil rights and for non-violent social change.

With Justice for All: Human Rights & Civil Rights at Home & Abroad

Straight from the Heart

Students we spoke with said it was an honor to be a part of what they called an historic visit. A standing ovation of nearly 700 people welcomed Reverend Jesse Jackson to the University… His visit wasn’t only historic, it was time appropriate.

Huge thanks from all of us at Intelligence Squared for all your help in making it possible to have Jesse Jackson at last night’s hip hop debate. He was wildly cheered when he came on and rounded off the evening by making the audience stand up and recite positive affirmations! It was quite a moment. He made a brilliant contribution to the event and I hope he enjoyed it was much as the audience did – the atmosphere in the hall was electric and feedback has been fantastic. It was a great pleasure to meet Rev Jackson and a real honour to have him on our stage.