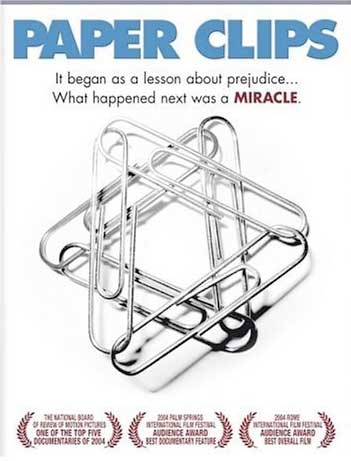 Joe Fab is an award-winning and Emmy-nominated producer, director and writer with nearly 40 years experience in film and video production, media and communications, event production and the live presentation of plays and music. Joe Fab’s career has brought him the privilege of working with Presidents Clinton, Carter and Bush (both George H. W. and…

Joe Fab is an award-winning and Emmy-nominated producer, director and writer with nearly 40 years experience in film and video production, media and communications, event production and the live presentation of plays and music.

Joe Fab’s career has brought him the privilege of working with Presidents Clinton, Carter and Bush (both George H. W. and George W), as well as an array of other political figures, from Sam Nunn to Orrin Hatch. He produced the premiere presentation of “Amazing Peace,” a poem by Dr. Maya Angelou, performed by the author herself. He has written for such diverse actors as Gregory Peck, Mary Steenburgen, Shirley Jones, Robert Prosky and Alan Alda, and personalities like Mary Matalin, James Carville, Willard Scott and Al Roker – to name but a few. As a producer, he has presented literally scores of entertainers, including such artists as Tony Bennett, Eartha Kitt, Tina Turner, Placido Domingo, Reneé Fleming, Cher, Charlotte Church, Cathy Rigby, Marty Stuart, Wayne Newton, Boy George and Culture Club, Jose Feliciano, LeAnn Rimes, Karen Akers and many more.

Mr. Fab has represented the United States as a State Department Special Cultural Envoy to India, where he screened “Paper Clips” and conducted workshops with hundreds of Indian children recently rescued from extreme poverty, life on the street and, in some cases, forced labor and child prostitution. Presented in collaboration with local relief agencies and schools, the programs helped awaken the young people to the power they have to change their own lives as well as the world around them. Also while in India, Mr. Fab was a guest speaker at India’s leading film academies. In addition, he was an honored guest and speaker at both the Kerala and Chennai International Film Festivals.

Previously, Mr. Fab traveled as a Special Cultural Envoy to Kuwait and at the personal invitation of the Honorable Richard LeBaron, the U.S. Ambassador to that country. He addressed filmmakers, students and educators, speaking about the documentary and independent film industries in an effort to build understanding and collaboration, and he was honored at a reception at the American Embassy.

He has also been an invited guest at the prestigious Conference on World Affairs in Boulder, Colorado, where he was a co-panelist with esteemed critic Roger Ebert as well as various other notable speakers. His panels focused on subjects as diverse as global AIDS issues, independent filmmaking, and American popular culture.

During the Clinton and Bush (George W.) administrations, he produced and wrote the opening ceremonies for the annual Christmas Pageant of Peace, featuring an hour of entertainment by internationally known performers and the lighting of the national Christmas tree by the president of the United States — this event was broadcast live via satellite and seen around the world.

His television work includes programs for the Discovery Channel and the History Channel, as well as the NBA-focused documentary “Crossover,” which he executive produced in conjunction with Penny Marshall and Magic Johnson for Showtime.

In addition to his production-related work, Mr. Fab has become a popular speaker and panelist at film festivals, schools, synagogues and churches, at events for students and teachers and at educator conferences. He often conducts programs related to “Paper Clips”, but also speaks on such subjects as documentary filmmaking and media literacy, which he believes to be of critical importance for young people growing up in a media-saturated world.

Mr. Fab counts among the many great gifts in his professional life the opportunity to work with the Elizabeth Glaser Pediatric AIDS Foundation beginning in 1989, just after it was founded. EGPAF was the first organization to bring attention to the special plight of children with HIV/AIDS and has grown to be a leading force on their behalf both internationally and in the U.S. Producing and writing short films and live events for that organization has permitted him to work closely with children and families living with HIV/AIDS in Africa and all across the United States. These life-altering experiences have helped inspire him to make young people an important focus of his work whenever possible.

In addition to his career as a filmmaker and event producer, Mr. Fab’s has produced live theatre with various companies on the East Coast. He also ran what was in its day the largest live club-style music venue in Washington, DC – the Wax Museum, a 1000-capacity facility presenting national artists of all genres.

Mr. Fab resides in Vienna, Virginia. He has been married for 34 years to the very lovely Kay Fab, a voiceover artist who can be heard in the opening moments of “Paper Clips.”

An Evening With Paper Clips

For more than a decade, Joe Fab has appeared at screenings of Paper Clips and other films, as well as serving as a popular keynote speaker, workshop and seminar leader, motivational speaker, and documentary film lecturer. Below you will find examples of the kinds of groups who have welcomed him, subject areas he has addressed, and endorsements from clients.

Every speaking event is custom-designed in collaboration with the client in order to both meet the specific interests and concerns of the audience and maximize the use of Joe’s presence at the hosting organization. The philosophy is this: if you’re bringing him in, put him to work and “use him up!” For example, if he’s coming to show Paper Clips and speak to your middle school students, let’s create a sidebar event with teachers on creating a class project that gives students the experience of changing the world around them.