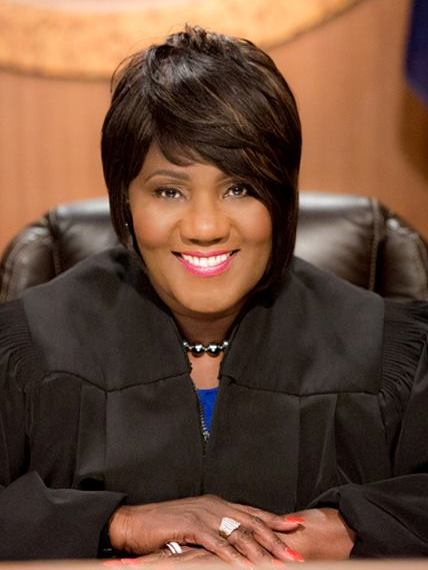 Judge Mablean Ephriam is one of the most recognized jurists in America. She attributes her success to God, her family and close friends. Her faith, religion and trust in God keeps this mother of four and grandmother of ten, meek and humble. Born to Robert and Mable Ephriam in Hazlehurst, Mississippi, Judge Mablean has called…

Judge Mablean Ephriam is one of the most recognized jurists in America. She attributes her success to God, her family and close friends. Her faith, religion and trust in God keeps this mother of four and grandmother of ten, meek and humble.

Born to Robert and Mable Ephriam in Hazlehurst, Mississippi, Judge Mablean has called California home from a very young age. She is no stranger to achievement. Since a child, she has always had that “spirit” of excellence and liberality about her. At the age of 13 years, she knew she wanted to become a lawyer. She attended Thomas Jefferson High School in South Central Los Angeles, graduating with honors. She received a four year academic scholarship to Pitzer College, Claremont, California, for her undergraduate studies. Becoming married and mother of four, she took a break from school holding many jobs before receiving her Juris Doctor degree from Whittier College school of Law in 1978. She was admitted to the state Bar of California in November, 1978, having successfully passed the State Bar examination the first time.

In October 1998 Twentieth Century Fox sought out this experienced distinguished law practitioner and mediator to sit as Judge on their newly revised show “Divorce Court”. Judge Mablean presided there 1999 – 2006. She is truly grateful to have had this experience to begin a career in entertainment. Judge Mablean returned to the bench in 2014 and is presiding on “Justice with Judge Mablean”. She knows it is God’s Divine Will that as allowed her to use her passions for law, advocating on behalf of others with an emphasis on domestic violence and gift of unselfishness.

Additionally, she actually works tirelessly doing the mission of her nonprofit foundation, is a much sought after public speaker and an entrepreneur. Judge Mablean is most thankful to have been given the opportunity to provide day-to- day care to her mother, Mable Ephriam, until her death, at the age of 98 years, on February 9, 2010. Through hard, consistent and dedicated work, Judge Mablean strives to perform and do her God-given best.

How to Stay Out of Divorce Court

Marriage and How To Avoid Divorce

The Story Waiting To Be Told

Judge on Routh: 'The man was deranged' 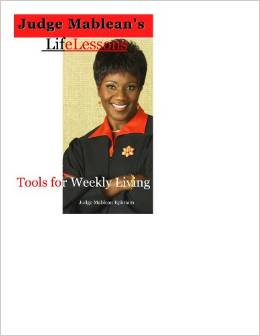 I record every episode of the ” Justice with Judge Mablean show on KDOC, and when I’m tidying my house, I listen to them. They are not just ENTERTAINING, but very EDUCATIONAL. I feel a little more empowered in my knowledge of the law each time I view an episode. Judge Mablean Ephriam is definitely walking in her calling. The wisdom just comes right out of her. Check out the show and share with your social media community! The variety of cases will surely cover one of your legal issues eventually–I know it did mine!

The book held my interest and attention. I just finished it this morning. It is so real. It is where the rubber meets the road. I am already recommending and encouraging my family, friends, and associates to purchase this book NOW. It is a MUST READ. I will be giving it as GRADUATION GIFT, WEDDING GIFT OR BIRTHDAY GIFT instead of taking someone to dinner. Each Pastor should be referring this book to their members and I will encourage Dr. Brooks to use as a RESOURCE for his pre-marital clients and they can go on line and purchase themselves THANKS FOR EFFECTIVELY SHARING YOUR EXPERIENCES

Ruthie Encouraging Women - One Woman At A Time