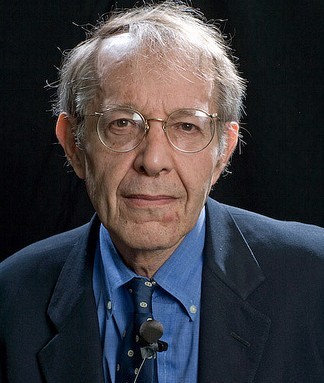 In the passion of the civil rights campaigns of 1964 and 1965, Jonathan Kozol gave up the prospect of a promising career in the academic world, moved from Harvard Square into a poor black neighborhood of Boston, and became a fourth grade teacher. He has since devoted nearly his entire life to the challenge of…

In the passion of the civil rights campaigns of 1964 and 1965, Jonathan Kozol gave up the prospect of a promising career in the academic world, moved from Harvard Square into a poor black neighborhood of Boston, and became a fourth grade teacher. He has since devoted nearly his entire life to the challenge of providing equal opportunity to every child in our public schools.

Death at an Early Age, a description of his first year as a teacher, received the 1968 National Book Award in Science, Philosophy, and Religion. Among his other major works are Rachel and Her Children, a study of homeless mothers and their children, which received the Robert F. Kennedy Book Award, and Savage Inequalities, which was a finalist for the National Book Critics Circle Award in 1992. His 1995 best-seller, Amazing Grace: The Lives of Children and the Conscience of a Nation, received the Anisfield-Wolf Book Award in 1996, an honor previously granted to the works of Langston Hughes and Dr. Martin Luther King. Nobel Laureate Toni Morrison wrote that Amazing Grace was “good in the old-fashioned sense: beautiful and morally worthy.” Elie Wiesel said, “Jonathan’s struggle is noble. His outcry must shake our nation out of its guilty indifference.”

Ten years later, in The Shame of the Nation, a description of conditions that he found in nearly 60 public schools, Jonathan wrote that inner-city children were more isolated racially than at any time since federal courts began dismantling the landmark ruling in Brown v. Board of Education. The Shame of the Nation appeared on The New York Times bestseller list the week that it was published.

Jonathan’s most recent book on childhood and education is Fire in the Ashes, a sweeping narrative that follows a group of children in a destitute community out of their infancy and elementary grades, through their secondary years, into their late teens, and beyond. Some of their stories are painful and heart-breaking, but others are dramatic tributes to the resilience and audacity of courageous children who refuse to be defeated by the obstacles they face and find their way at last to unexpected and triumphal victories.

The nation’s most widely read and highly honored education writer and one of our most eloquent advocate for children of low income and for racial diversity in our schools and universities, Jonathan has been speaking to overflow crowds as child poverty has risen to unprecedented levels and racial tensions have become the focus of urgent political concern.

To Jonathan’s friends and allies in the world of education: Jonathan wants to make it clear that he does not intend to give up the struggle for our children and the challenges our schools are facing in an era of persistent inequality and obsessive testing. He continues to visit children in their classrooms and to give encouragement to overburdened but devoted principals and teachers. He’s been doing that for over fifty years. He isn’t stopping now.

Public Education: Equity and Excellence
Joy and Justice: An Invitation to the Young to Serve the Children of the Poor

Letters to a Young Teacher: An Invitation to a Beautiful Profession – A Time of Hope: What We Can Expect from the New Administration in Washington (Emphasis on Children & Education)

The Age of Anxiety in Our Urban Schools: In an Era of Obsessive Testing, Can the Arts & Humanities Survive?

The Race Gap: Why Does It Persist? What Are the Solutions?

In Praise of a Beautiful Profession: Educators Working in the Front Lines of the Public Schools

Letters to a Young Teacher: The Formidable Challenges & Passionate Rewards of Those Who Teach in Public Schools (Advice, Encouragement & Inspiration)

Among Schoolchildren: The Challenges for Teachers in the Age of Tests & Severe Accountability

The Soul of a Profession: Public Education Under Siege

(1) Joy and Justice: The Hearts of Children and the Dignity of Teachers in an Age of Punitive and Relentless Testing.

(2) The Shame of the Nation: Race, Poverty, and the Corporate Invasion of our Public Schools.

(3) The Widening Gulf: Can We Reverse the Savage Inequalities of Our Public Schools?

(4) Child-centered Education: Learning for its Own Good Sake Alone. Is it Still Possible in this Age of Rigidified Instruction?

(5) Curricular Starvation in Our Urban Schools: How Can We Restore Aesthetics and the Arts and Cultural Capaciousness to Children Starting in the Early Years?

Healthcare and the Elderly

(1) Old Age and Medical Ethics: Are Economic Factors Undermining Ethics in Discussions about Determination of the End of Life?

(2) Alzheimer’s: A Best-selling Author Describes His Fascinating Conversations with His Father after the Onset of Dementia — and His Struggle to Defend His Father’s Dignity.

(3) The Heart-breaking Loss of the Personal Bond Between Doctors and Their Patients in an Age of Rationed Care.

(4) Who Speaks for the Ill and Elderly? And Who will Provide for our Parents and Grandparents as Young Physicians Turn Their Backs on Geriatric Medicine? 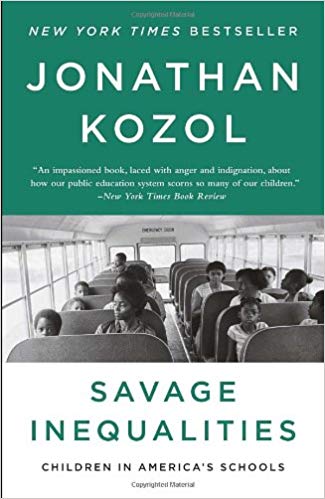 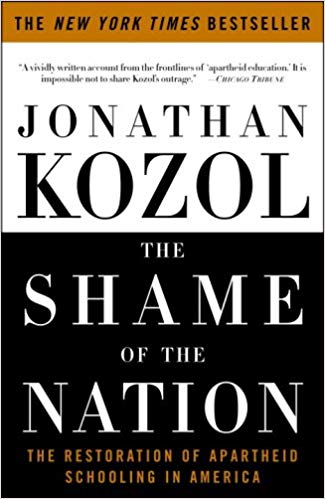 The Shame of the Nation: The Restoration of Apartheid Schooling in America 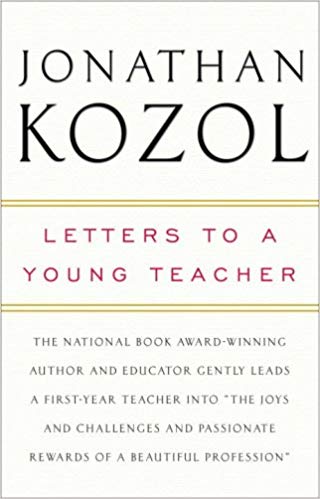 Letters to a Young Teacher 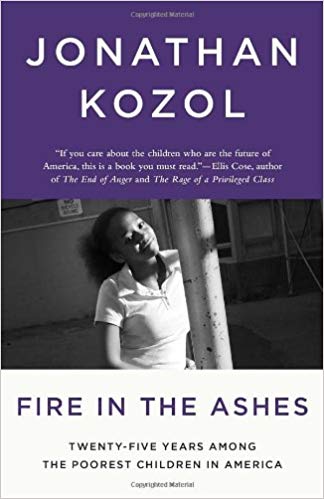 Fire in the Ashes: Twenty-Five Years Among the Poorest Children in America

Jonathan’s struggle is noble. His outcry must shake our nation out of its guilty indifference.

Jonathan Kozol is America’s premier chronicler of life among the children of societal neglect. And Fire in the Ashes may be his best book yet . . . . Kozol does not just write about these people; he becomes an intimate part of their lives, sharing their triumphs, defeats, and, too often, mourning their deaths . . . . If you care about the children who are the future of America, this is a book you must read.

Your program was a huge success last night. I don’t know how you do it….the amount of energy that you give to the audience. We had an auditorium set up for 500 people and there wasn’t an empty chair in the house, with folks standing along the walls. I think we found the perfect author for a public library/university audience. Shame there’s only one Jonathan Kozol! In short, you were wonderful.

Comments ranging from ‘fabulous motivation – feel energized to carry on’ to ‘inspiring and compelling’ shows you made a hit with our audience.