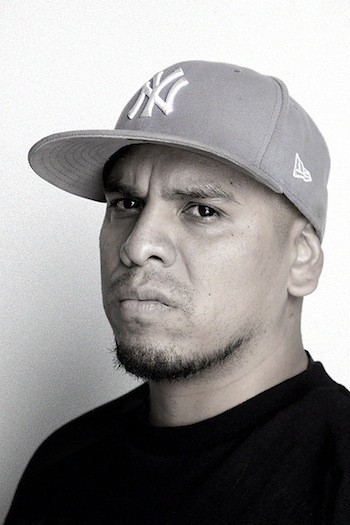 Born in a military hospital in South America, Immortal Technique was brought to the United States in the early 80’s while a civil war was breaking out in his native Peru. The US supported puppet democracy and Guerilla factions were locked in a bitter struggle which ended like most do in Latin America, with the…

Born in a military hospital in South America, Immortal Technique was brought to the United States in the early 80’s while a civil war was breaking out in his native Peru. The US supported puppet democracy and Guerilla factions were locked in a bitter struggle which ended like most do in Latin America, with the military and economic aid of the State Dept. through channels like the CIA.

Although he had escaped the belligerent poverty and social turmoil of life in the 3rd world, he was now residing in Harlem which had its own share of drama. Growing up on the streets of New York, the young man became enamored with Hip Hop culture, writing graffiti and starting to rhyme at an early age.

Although he frequently cut school and ended up being arrested time and time again for his wild behavior, the kid still managed to finish high school and got accepted to a state university. Unfortunately the survivalist and aggressive attitude that was the norm in New York City caused him to be involved in more violent altercations at school, whether it was with other brothers, false flaggers or the relentlessly racist population of an uncultured Middle America.

Compiling multiple assault charges in New York State and in other states eventually caught up to the uncompromisingly hardheaded actions of one Immortal Technique. He faced several charges for Aggravated Assault in the tri-state area. Realizing his inevitable incarceration, Technique began to prolifically write down his ideas about what he had lived and seen in the struggle back at home in relation to his visits back to his native land.

He came to embrace his African roots that stemmed from his grandfather and understood the nature of racism and ignorance in its role in Latino culture, separating oppressed peoples and keeping them divided. He also began to study in depth about the Revolutionary ideas that had caused a history of uprising in the indigenous community of his Native South America.

Although pressured to turn states evidence before and during his bid, he refused the DA and lawyers. He was facing a 5-10 stretch, but the hiring of a pittbull attorney helped him compile the cases without turning snitch like his co-defendants. The result was a 1-2 year sentence in the mountains, 6 hours away from the city.

There Technique studied, worked out vigorously, began to document his lyrics, and create songs. Besides the creation there was destruction, and the fights were nothing compared to the verbal battles that he engaged in occasionally. This proved to be a foreshadowing of what was to come…

Paroled in 1999, Immortal Technique returned to NYC and began a campaign to claim victory to what he had discovered he had a talent for; battling. One of the rites of passage in establishing oneself in the Hip Hop community is following in the steps of those who made their name in lyrical warfare before you. Immortal Technique quickly became known throughout the underground. His brutally disrespectful style was trademark, and it was not long until he had won countless battles not just on stage and in clubs, but on the streets whenever a random cipher would pop up. From Rocksteady Anniversary, to Braggin Rites, SLAM DVD’s and hookt.com’s infamous battles, he established himself as someone who could captivate a crowd and who people looked forward to seeing.

But it was then that Technique realized what every battle champion had come to terms with before him, battles was just that, battling, and not synonymous with success at making music. Turning his eye to production and touching up some of the songs he had written in prison he now focused on trying to get an album together, but major labels wanted a more pop friendly image and were uncomfortable with his hardcore street style that was complemented by his political views.

In response to their lack of vision, Immortal Technique left the battle circuit and released his critically acclaimed Revolutionary Vol.1, which at first moved 3000 copies, but to date has moved more than 12,000. This earned him Unsigned Hype in the Source (11/02) and numerous articles in Elemental & Mass Appeal.

Established in the underground circuit Tech began another round of dealing with record labels unwilling to see the direction of his brutally honest and cultured rhymes. He decided to continue with what had been so successful, his hand to hand out the trunk hustle. In the post 9.11 climate, as the music industry crumbled, Immortal Technique built on the truth with a hardcore brand of street politics. Being featured in XXL, The Washington Post, and having been titled with the Hip Hop quotable in The Source (10/03) for his sophomore independent release Revolutionary Vol.2 was just the beginning..

On Viper Records, where he is the Executive VP, he sold 29,000 copies of Revolutionary Vol.2 to date and has appeared on soundtracks for new movies including the new Mario Van Peebles film “BAADASSSSS”. Immortal Technique has also worked with Mumia Abu Jamal and AWOL magazine. His single “Industrial Revolution” released in conjunction with Uncle Howie Records hit #1 on CMJ and #50 on the Billboard charts.

An Evening With Immortal Technique

Guns, Police State & Why Men, Not Muslims, Should Apologize for Terrorism

Immortal Technique on Guns, Police State & Why Men, Not Muslims, Should Apologize for Terrorism