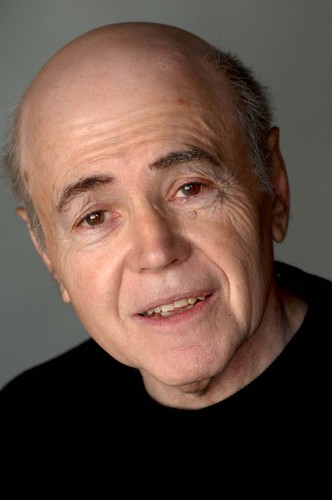 Actor. Known for his Role as Chekov in "Star Trek"

Walter Koenig actor, director, screenwriter, novelist, acting professor, and comic book creator was born in Manhattan in 1936 to Lithuanian Russian Jewish parents. Bitten by the acting bug early in his youth, Koenig studied at the Neighborhood Playhouse in New York where he worked with fellow students James Caan, Elizabeth Ashley, and Dabney Coleman. His…

Walter Koenig actor, director, screenwriter, novelist, acting professor, and comic book creator was born in Manhattan in 1936 to Lithuanian Russian Jewish parents. Bitten by the acting bug early in his youth, Koenig studied at the Neighborhood Playhouse in New York where he worked with fellow students James Caan, Elizabeth Ashley, and Dabney Coleman.

His stage career spans 30 years and includes stops in New York, Chicago, Los Angeles and many other cities. He appeared in many plays and television shows of the late 1950s and early 1960s, including the “Mr. Novak” series, and even produced and wrote his own feature film in 1967, “I Wish I May.” In 1967 he landed the role of Ensign Pavel Chekov in the original “Star Trek” series.

Koenig has also appeared as Chekov in the first seven of the big screen “Star Trek” films and played the recurring character of Alfred Bester in the TV series “Babylon 5.” Aside from his role in “Star Trek,” he has appeared in 40 different TV series and television movies, including “Anthony and Cleopatra” starring Timothy Dalton and Lynn Redgrave.

A natural writer, Koenig has written for the television shows “Family,” “Matthew Starr,” “Land of the Lost,” “Class of ’65” and others. His first book, “Chekov’s Enterprise,” which recounts the making of the first Star Trek movie, was published in 1979. He has also written a satiric fantasy novel, “Buck Alice and the Actor-Robot,” and a three-part comic book series entitled “Raver.”

Koenig wrote and performed a one-character piece entitled “You’re Never Alone When You’re A Schizophrenic,” which was a finalist in the 1996 New York Film Festival Awards. While not a member of the cast during the “Star Trek” animated series, he did pen one of the episodes, “The Infinite Vulcan.” His autobiography “Warped Factors: A Neurotic’s Guide to the Universe” was published in 1998.

In a 1997 internet poll of favorite television bad guys, Koenig was the top choice of 12,000 voters for his role as Alfred Bester on “Babylon 5.” He was also voted the favorite guest star on “Babylon 5.”

A Conversation With Walter Koenig