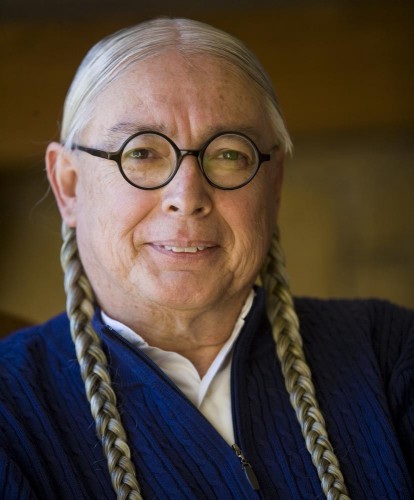 Walter Echo-Hawk worked at the epicenter of this social movement and was instrumental in the passage of landmark laws such as the Native American Graves Protection and Repatriation Act (1990) and the American Indian Religious Freedom Act Amendments (1994). To inaugurate the Walter R. Echo-Hawk Distinguished Visiting Professorship, Echo-Hawk will teach two classes on the…

Walter Echo-Hawk worked at the epicenter of this social movement and was instrumental in the passage of landmark laws such as the Native American Graves Protection and Repatriation Act (1990) and the American Indian Religious Freedom Act Amendments (1994).

To inaugurate the Walter R. Echo-Hawk Distinguished Visiting Professorship, Echo-Hawk will teach two classes on the law school campus in spring 2015. The first, Indigenous Rights, is based on his book In the Courts of the Conqueror. The second, The Rise of International Indigenous Rights in the United States, is a seminar based on his book In the Light of Justice. Professor Michael Blumm will teach a Native American natural resources law course, and adjunct faculty will teach a course on federal Indian law. Lewis & Clark will continue to offer the Indian Law Summer Program and NALSA Moot Court Competition.

Echo-Hawk’s visit is made possible through the generous support of local tribes, including a lead gift from the Snoqualmie Tribe, and additional funding from the Cow Creek Band of Umpqua Tribe of Indians.

He makes keynote appearances at important events throughout Indian Country and around the world. Over the years, he has offered major speeches in South Africa, Turkey, Egypt, Qatar, Philippines, Fiji, Canada, and throughout the United States. His last book lecture tour for his groundbreaking book, In the Courts of the Conqueror: The 10 Worst Indian Law Cases Ever Decided (2010) took him to 28 states. He is now on tour for his new book,  IN THE LIGHT OF JUSTICE (2013) which is available for sale on this website.

Fundraising efforts are currently in progress to secure an additional semester of the Walter R. Echo-Hawk Distinguished Visiting Professorship. Lewis & Clark is grateful to supporters of this important project, which enhances the law school’s ability to educate our students in the pressing legal issues of our times.

Philanthropy for Indigenous art and culture

United Nations Declaration on the Rights of Indigenous Peoples 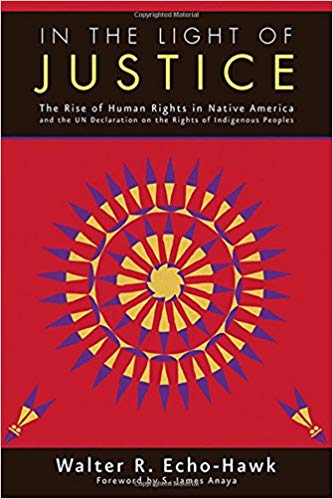 In the Light of Justice: The Rise of Human Rights in Native America and the UN Declaration on the Rights of Indigenous Peoples