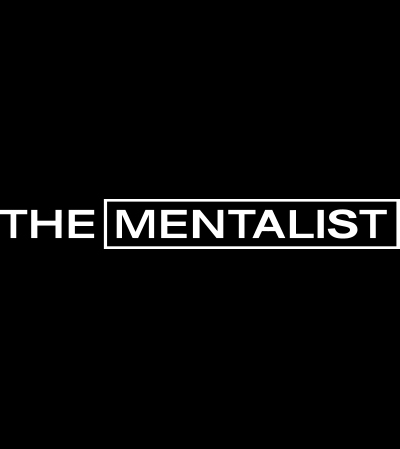 Ehud Segev is the real life ” Patrick Jane” from the hit CBS television series, “THE MENTALIST”. Considered the world’s greatest mentalist, Segev’s personal exploits throughout his career has helped to inspire the creation of this hit TV show. In his lectures and demonstrations Segev speaks on such subjects as mind control, mind reading, thoughts…

Ehud Segev is the real life ” Patrick Jane” from the hit CBS television series, “THE MENTALIST”. Considered the world’s greatest mentalist, Segev’s personal exploits throughout his career has helped to inspire the creation of this hit TV show. In his lectures and demonstrations Segev speaks on such subjects as mind control, mind reading, thoughts transmission, telepathy and psychokinetic powers.

Segev interacts with his audience as he demonstrates the art of body language, NLP, hypnosis, the power of suggestion, lie detection skills and even the ability to bend spoons by the power of the mind. Segev creates a breathtaking experience that leaves even the most skeptical in awe.

Segev has lectured at colleges throughout the world and his demonstrations of mysticism, mind control, thought transmission and telepathy are amazing.

Now performing in different forums all around the world, including being featured on shows such as NBC’s series “Phenomenon” as well as on numerous Indian, Israeli, French and Slovakian television networks, Segev’s reputation is an overwhelmingly positive one.

He combines his talents as a performer and speaker with magic, spirituality and his deep understanding of human psychology in order to provide mind blowing performances while enlightening his audience.

But Ehud is concerned with providing people with something much more than just entertainment; he strives to convey a message of connection to one’s inner sense, and hopes that by watching him, his audience gains a deeper understanding of the wonders and mysteries of the universe, and life.

He also seeks to help people understand how they can put to practice some of his techniques to use in their own lives, through his program “How to Be a Mental Analyzer”. Based on in-depth studies of human behavior patterns and the psyche, Segev believes anyone can learn his techniques of Neuro-linguistic programming and interpreting non-verbal communication, in order to enhance all their daily interactions. His belief is that these abilities can be used by anyone, to further good in the world and better humanity one person at a time.

“Yes, I am gifted. And I am now here to share this phenomenal gift with you. Each one of us is a prophet and each one of us is a leader in his own way. It’s just about using these tools to discover the magic and potential within ourselves.  Everyone can learn to take advantage of these tools. Eveyone is born gifted; they just haven’t been shown the path to discovering their inner gold. I’m going to give you the methods to start uncovering the treasure that is you.”

Ehud Segev is the author of two Amazon #1 bestsellers: Secrets of the Voice, and 9 Steps to Influence

How To Be A Mentalist

How To Read Someone Else’s Mind

Can Help You Achieve Whatever You’ve Ever Wanted In Life

The mind-boggling and reality-challenging qualities of The Mentalizer are beyond question, yet the show’s full impact and what sets Ehud apart is the way he underpins his performance with a touching message full of light, love and hope – that we all truly have the power within ourselves to make positive, lasting changes to our precious world.

Let’s face it, we love entertainment, and Ehud Segev , The Mentalizer, represents entertainment at its best. Of course, his presentation is simply magical, with breathtaking stunts that consistently elicit gasps and applause from the rapt audience, but perhaps the real story here is of a young, effusive, and highly charismatic performer, whose witty repertoire and engaging antics draw his audience closer and closer, to the point where the thrill of his success as a performer becomes more relevant than your pain as an audience member thoroughly incapable of fathoming his magical abilities.

It was so interesting to watch the crowd as everyone gasped and exclaimed with awe! Your show was absolutely phenomenal and there is absolutely no way that stuff was just “magic”. You are truly supernaturally gifted and Georgia State University really enjoyed the fantastic show.

Very impressive! Thoroughly unbelievable! Amazing! There is certainly more to this than a magician illusions!!! No ordinary human could have made these predictions. AN EXTRAORDINARY PERFORMANCE!

I was a skeptic, now I believe. Truly AMAZING!

He will blow your mind. I’ve seen him perform numerous times, and I am always awed by him. I think he’s a great choice for any event – he turns nature upside down and inside out!

At our recent Corporate Dinner benefit we hired Ehud Segev. I am pleased to inform you that our guests thought he was every impressive. His tricks left some of the guests in awe. Ehud was good at engaging guests that normally might not have even enjoyed this type of entertainment. The bending of the spoon as well as numerous card tricks were well received. Overall, Ehud was a hit!