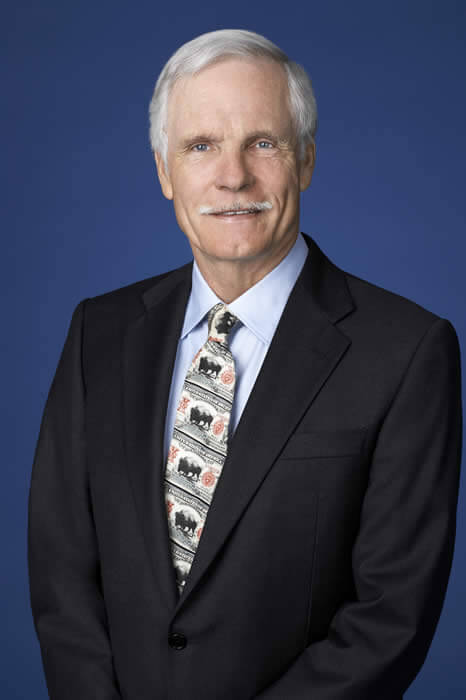 Throughout his career, Ted Turner has won recognition for his entrepreneurial acumen; sharp business skills; a vision that transformed television; leadership qualities that won sports championships; and his unprecedented philanthropy. Turner began his career as an account executive with Turner Advertising Company and entered the television business in 1970 when he acquired Atlanta independent UHF…

Throughout his career, Ted Turner has won recognition for his entrepreneurial acumen; sharp business skills; a vision that transformed television; leadership qualities that won sports championships; and his unprecedented philanthropy.

Turner has also made his mark as one of the most influential philanthropists in the U.S.

He is the chairman of the Turner Foundation, founded in 1990, which supports efforts for improving air and water quality, developing a sustainable energy future to protect our climate, safeguarding environmental health, maintaining wildlife habitat protection, and developing practices and policies to curb population growth rates. Since its inception, the Turner Foundation has given more than $380 million  to hundreds of organizations.

Turner and executive producer Barbara Pyle launched the animated series Captain Planet and the Planeteers in 1990. One year later, Pyle created the Captain Planet Foundation to fund and support hands-on, environmental projects for children and youth. The foundation’s objective is to encourage innovative programs that empower children and youth around the world to work individually and collectively to solve environmental problems in their neighborhoods and communities.

The Turner Endangered Species Fund, launched in June 1997, is a core grantee of the Turner Foundation, which works to conserve biodiversity by emphasizing restoration efforts of endangered or imperiled species on the Turner properties.

In September 1997, Turner announced his historic pledge of up to $1 billion to the United Nations. The following year, Turner created the United Nations Foundation (UNF).  The organization supports the goals and objectives of the United Nations to promote a more peaceful, prosperous and just world. UNF has identified four core priorities: women and population; children’s health; the environment; and peace and security.

In early 2001, Turner launched the Nuclear Threat Initiative (NTI), a foundation he co-chairs with former Senator Sam Nunn. NTI is working to close the growing and increasingly dangerous gap between the threat from nuclear, chemical and biological weapons and the global response.

Turner is also chairman of Turner Enterprises, Inc., a private company, which manages his business interests, land holdings and investments, including the oversight of two million acres in 12 states and in Argentina. Through Turner Enterprises, Turner also manages the largest commercial bison herd (51,000) in North America on 15 ranches in Colorado, Kansas, Montana, Nebraska, New Mexico, Oklahoma, and South Dakota.

He is the recipient of numerous honorary degrees, industry awards and civic honors, including being named TIME Magazine’s 1991 Man of the Year, Broadcasting and Cable’s Man of the Century in 1999 and one of TIME 100 World’s Most Influential People in 2009.  In recent years, Turner received the 2011 Palazzo Strozzi Foundation’s Renaissance Man of the Year award, the Overseas Press Club Lifetime Achievement Award in 2012 and was honored by the National Academy of Television Arts & Sciences with the  Lifetime Achievement Award at the 35th Annual Sports Emmy® Awards in 2014, among many others.

A Conversation With Ted Turner

Changing the World: Giving Back & Never Giving Up

From the Atlanta Braves to HBO: Success through Diversification

A Conversation with Ted Turner 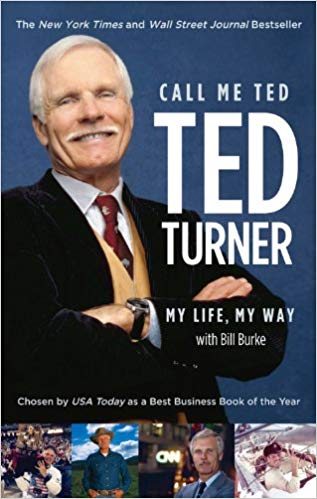