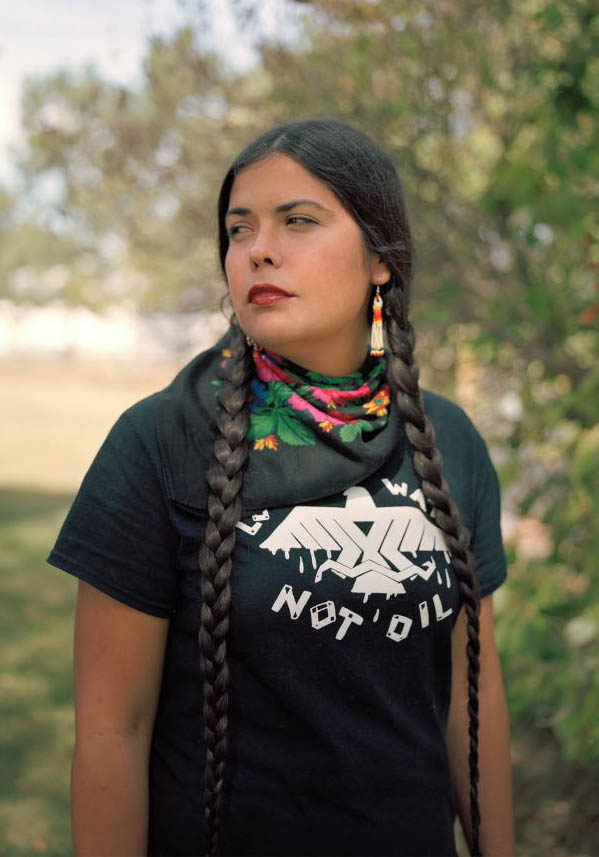 Tara Houska (Couchiching First Nation) is a tribal attorney based in Washington, D.C., the National Campaigns Director of Honor the Earth and a former advisor on Native American affairs to Bernie Sanders. She advocates on behalf of tribal nations at the local and federal levels on a range of issues impacting indigenous peoples. She recently…

Tara Houska (Couchiching First Nation) is a tribal attorney based in Washington, D.C., the National Campaigns Director of Honor the Earth and a former advisor on Native American affairs to Bernie Sanders. She advocates on behalf of tribal nations at the local and federal levels on a range of issues impacting indigenous peoples. She recently spent six months living and working in North Dakota fighting the Dakota Access Pipeline. She is a co-founder of Not Your Mascots, a nonprofit committed to educating the public about the harms of stereotyping and promoting positive representation of Native Americans in the public sphere. Her work has incorporated traditional knowledge and values, as Houska is a long-time student of Midewiwin. Her environmental justice efforts have ranged from grassroots organizing and media work to clerking for the White House Council on Environmental Quality.

The Standing Rock resistance and our fight for indigenous rights
Still invisible and often an afterthought, indigenous peoples are uniting to protect the world’s water, lands and history — while trying to heal from genocide and ongoing inequality. Tribal attorney and Couchiching First Nation citizen Tara Houska chronicles the history of attempts by government and industry to eradicate the legitimacy of indigenous peoples’ land and culture, including the months-long standoff at Standing Rock which rallied thousands around the world. “It’s incredible what you can do when you stand together,” Houska says. “Stand with us — empathize, learn, grow, change the conversation.”

The Fight Against the Keystone Pipeline