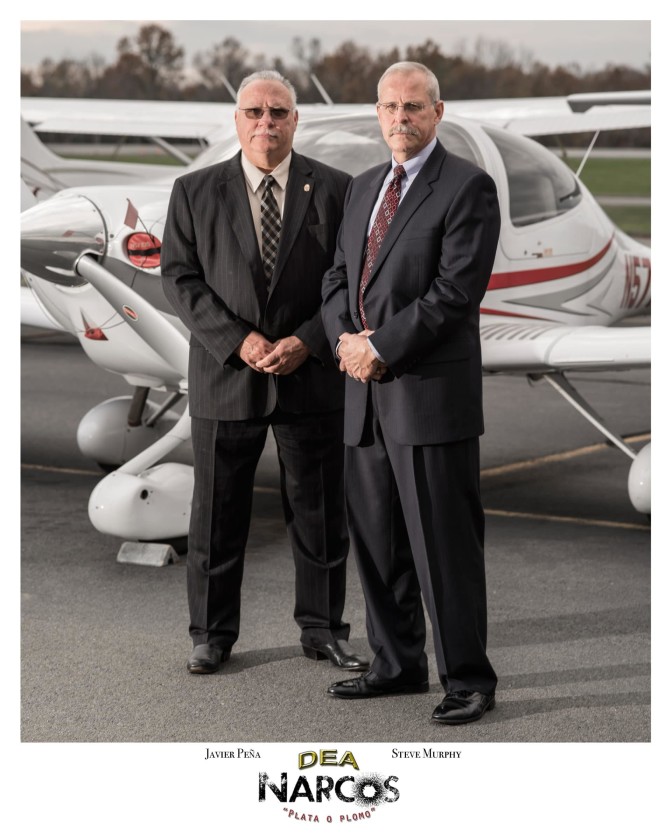 The former DEA Special Agents in Charge responsible for the capture and downfall of infamous Medellín cartel kingpin Pablo Escobar, Stephen Murphy and Javier Peña were at the center of the largest, most complex, multi-national, high-profile investigation of its time. Their incredible journey pursuing the world’s first “narco-terrorist” following his brutal reign as head of…

As a Special Agent with the Drug Enforcement Administration (DEA), Stephen Murphy and his partner, Javier Pena, targeted the world’s first narco-terrorist, Pablo Escobar, and the Medellin Cartel. Living and working alongside their Colombian National Police counterparts in Medellin, Colombia, as well as with elite U.S. military units, their efforts resulted in the dismantlement of the largest and most violent international drug trafficking organization of its time. This was a first in the field of international narcotics investigations. U.S. and international law enforcement continue to utilize many of the strategies and innovative ideas that were created and implemented by Steve and Javier.

Murphy and Peña recounted the true story of how they helped put an end to Escobar in Manhunters: How We Took Down Pablo Escobar―the subject of the hit Netflix series, Narcos.

Steve began his law enforcement career in 1975 as a Police Officer in the City of Bluefield, WV. He then moved to Norfolk, VA, and was employed as a Special Agent for the Norfolk Southern Corporation.

In 1987, Steve became a Special Agent with the DEA. His agent assignments included Miami, FL; Bogotá, Colombia; and Greensboro, NC. Earning progressive promotions and leadership roles, Steve served two tours in the Atlanta Office where he was assigned to the High-Intensity Drug Trafficking Area (HIDTA) office, and led the Mobile Enforcement Team Program. He created and directed the Atlanta Organized Crime Drug Enforcement Task Force (OCDETF) Strike Force. In 2001, Steve was assigned to the Special Operations Division in Washington, DC, serving as an Assistant Special Agent in Charge and as the Executive Assistant to the Director. In December 2009, Steve was promoted to the Senior Executive Service ranks as Deputy Assistant Administrator over DEA’s Office of Special Intelligence in Washington, DC, and later as the Special Agent in Charge/Director for the Department of Justice (DOJ), OCDETF Fusion Center, where he remained until his retirement in June 2013, after 37 years in law enforcement.

Following retirement, Steve founded a private company that provides specialized training for various components within the U.S. Department of Defense. Focusing on their overseas experiences, Steve and Javier conduct presentations for conferences, law enforcement/security training, universities/colleges, civic groups, and non-profit organizations that discuss their investigative experiences, leadership, conflict management, and how to survive and succeed when faced with seemingly overwhelming odds. Additionally, Steve and Javier serve as Technical Consultants/Subject Matter Experts for the newly released Netflix series Narcos, which is based on their activities while living in Colombia.

Steve was the recipient of numerous awards and honors throughout his law enforcement career, to include the “DEA Special Agent of the Year Award,” the “DEA Administrator’s Group Achievement Award,” the “Director’s Award” from DOJ’s OCDETF Program, the “Distinguished Service Cross” from the Republic of Colombia (first time presented to a non-Colombian official), and the “International Award of Honor” from the International Narcotic Enforcement Officers Association.

Steve holds a Bachelor of Science degree in Criminal Justice Administration from Bluefield State College in Bluefield, WV. He is a graduate of several executive leadership courses at the University of Virginia and Johns Hopkins University. Steve is married with four children.

Javier Peña retired from the Drug Enforcement Administration (DEA) as a Special Agent in Charge (SAC) in January 2014 after 30 years of service. His career was highlighted by his volunteering for assignment to the DEA office in Bogota, Colombia in 1988, where then Special Agent Peña and his partner, then-Special Agent Steve Murphy, set out to bring down the notorious Medellin drug cartel led by Pablo Emilio Escobar Gaviria, or Pablo Escobar.

Special Agents Peña and Murphy worked and lived with a handpicked group of Colombian National Police (CNP) personnel while pursuing Escobar. During Escobar’s reign of narco-terrorism, the cartel kingpin ordered the deaths of thousands of innocent people, including police officers, politicians, judges and a presidential candidate. Mr. Peña spent six years in the search for Pablo Escobar before his team successfully captured and killed Escobar. For his efforts, Peña received Colombia’s highest award given to someone not a Colombian citizen, as well as commendation awards from the DEA
and the international community.

Mr. Peña is regarded as a subject matter expert on the Medellin Cartel and has delivered more than 100 presentations on the Cartel, including numerous rare photos of original events during the rise and fall of the Cartel. His presentations feature the details of his years spent trying to bring Escobar to justice and stop the carnage of the Medellin cartel. Peña has also appeared in television documentaries and on national news programs as well as in the Latin media.

Mr. Peña continued to serve in various and successful DEA assignments after completing his Colombia assignment, including nine years serving as a Special Agent in Charge of three different major field divisions. Mr. Peña was first promoted to the ranks of Senior Executive Service (SES) as the Special Agent in Charge of the San Francisco office in 2004 before leading the Caribbean DEA office as the Special Agent in Charge from 2008 until 2011. As SAC for the Caribbean field office, Mr. Peña oversaw DEA operations in Puerto Rico, the U.S. Virgin Islands, the Dominican Republic, Barbados, Haiti, Suriname, and Trinidad and Tobago. After the Caribbean, SAC Peña led the Houston Field division, covering the San Antonio, Laredo and McAllen, Texas areas. SAC Peña delivered leadership and guidance, ensuring the exemplary performance of Special Agents, Intelligence Analysts, Diversion Prescription Personnel, Asset Forfeiture Specialists and others in the investigations of highly sophisticated criminal organizations operating domestically and internationally.

The True Story of Pablo Escobar 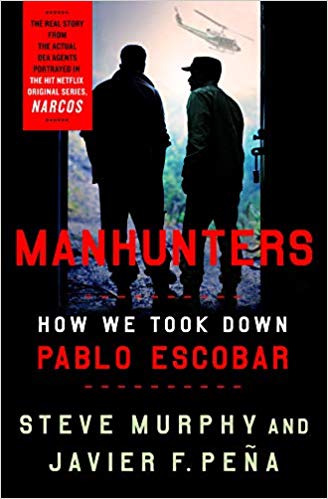 Manhunters: How We Took Down Pablo Escobar Hardcover