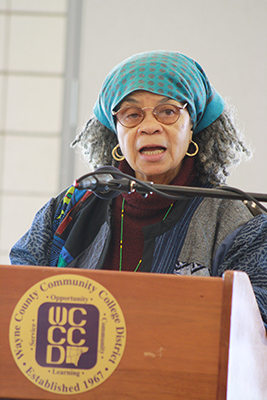 Sonia Sanchez is an African-American poet most often associated with the Black Arts Movement. She has authored over a dozen books of poetry, as well as plays and children’s books. She was a recipient of 1993 Pew Fellowships in the Arts. Sanchez was born in Birmingham, Alabama, on September 9, 1934. Her mother died when…

Sonia Sanchez is an African-American poet most often associated with the Black Arts Movement. She has authored over a dozen books of poetry, as well as plays and children’s books. She was a recipient of 1993 Pew Fellowships in the Arts.

Sanchez was born in Birmingham, Alabama, on September 9, 1934. Her mother died when Sanchez was only a year old, so she was sent to live with her paternal grandmother. She then lived with family and friends until 1943, when she moved to Harlem to live with her father, her sister and her stepmother, who was her father’s third wife. In 1955, Sanchez received a B.A. in political science from Hunter College, where she had also taken several creative writing courses. Later, she completed postgraduate work at New York University, where she studied poetry with Louise Bogan.

She taught 5th Grade in NYC at the Downtown Community School, until 1966. Sanchez has taught as a professor at eight universities and has lectured at over 500 college campuses across the US, including Howard University. She advocated the introduction of black studies courses in California. Sanchez was the first to create and teach a course based on black women and literature in the United States. Sanchez was the first Presidential Fellow at Temple University, where she began working in 1977, where she held the Laura Carnell chair until her retirement in 1999.

She is currently a poet-in-residence at Temple University. She has read her poetry in Africa, the Caribbean, China, Australia, Europe, Nicaragua, Canada, and Cuba. Sanchez has also appeared on Bill Cosby’s CBS show in the 1990s.

Sanchez is a member of the Plowshares, the Brandywine Peace Community and MADRE. She also supports MOMS AND in Alabama and the National Black United Front. Sanchez was a very influential part of the Civil Rights Movement and the Black Arts Movement. Sanchez was an advocate for the people. She was a member of CORE (Congress for Racial Equality), where she met Malcolm X. She wrote many plays and books that had to do with the struggles and lives of Black America. Sanchez has edited two anthologies on black literature, “We Be Word Sorcerers: 25 Stories by Black Americans” and “360° of Blackness Coming at You.”

Sanchez is also known for her innovative melding of musical formats—like the blues—and traditional poetic formats like haiku and tanka. She also tends to use incorrect spelling to get her point across. In 1969, Sanchez was awarded the P.E.N. Writing Award.

One of her more recent contemporary endeavors includes a spoken word interlude on “Hope is an Open Window” a song co-written by Diana Ross from her 1998, “Every Day is a New Day” album. The song is featured as the sound bed for a tribute video to 9/11 which can be viewed on YouTube.

An Evening with Sonia Sanchez

From the Black Arts to Hip-Hop

The 21st Century for People of Color

What does it mean to be human? 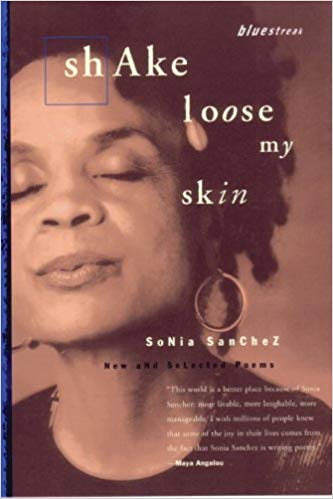 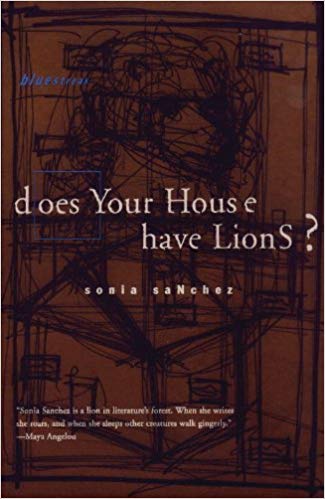 Does Your House Have Lions ? 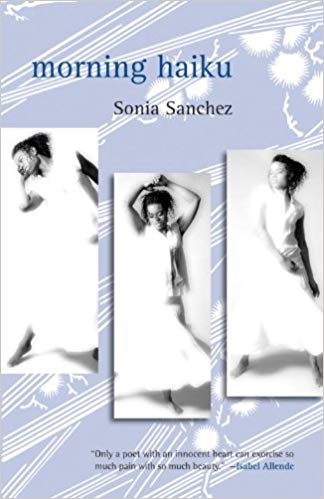 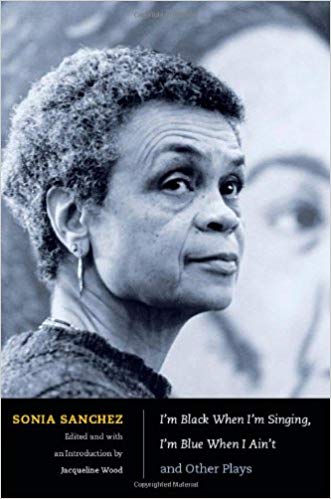 I'm Black When I'm Singing, I'm Blue When I Ain't and Other Plays

Everything was wonderful and she was a joy to work with.

It was a huge success. Her reading and presentation were just sensational. I can’t begin to tell you how many positive responses I’ve had about her presentation. One student told me it was a life changing experience. We also had over 200 people attend — which is a huge success for our university.

Sonia Sanchez’s poetry is a must for all readers. Period.

Sonia Sanchez’s poetry is a must for all readers. Period. Essence Magazine In all her words, Sanchez grabs your heart.