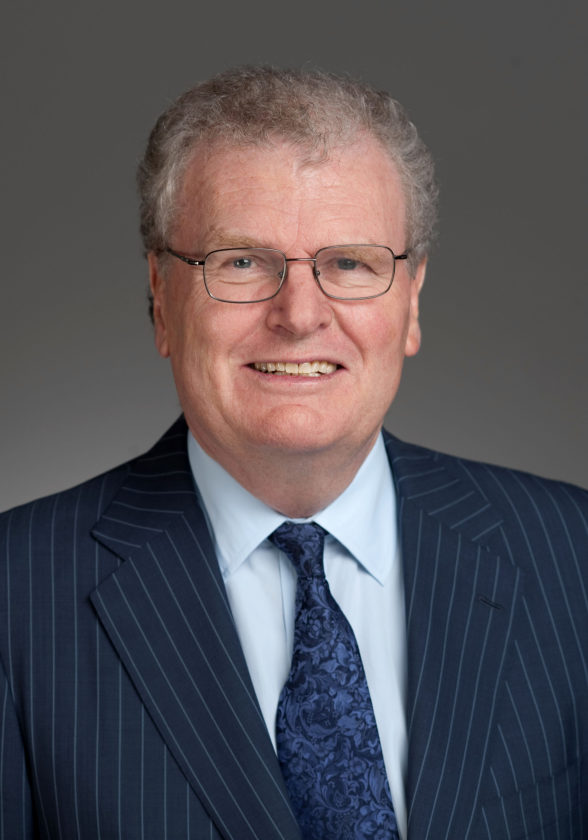 Chairman of the Board, Sony Corporation

Leadership. It’s the key to success no matter what your field or industry. It navigates your company through the uncertainty of today’s ever-changing corporate waters and it empowers your workforce to be innovative and decisive. It is also the key factor behind  the remarkable success in the fast-paced world of technology and communications experienced by…

Leadership. It’s the key to success no matter what your field or industry. It navigates your company through the uncertainty of today’s ever-changing corporate waters and it empowers your workforce to be innovative and decisive. It is also the key factor behind  the remarkable success in the fast-paced world of technology and communications experienced by Chairman of the Board at the Sony Corporation, Sir Howard Stringer.

Praised for his charisma, humor and eloquence, Howard Stringer is a rare and exceptional presence at the lecture podium. He addresses the extraordinary challenges facing business in the digital age, from the evolving landscape of the global marketplace to the nuts-and-bolts of managed competition and corporate re-engineering.

Serving as President of CBS from 1988 to 1995, he orchestrated the miraculous turnaround of the network from last place to first. His leadership was credited with dramatically strengthening all broadcast divisions of CBS, including one of the greatest coups in television history when he successfully convinced David Letterman to bring his late night show to CBS. Following his celebrated tenure at CBS, he was recruited by telephone giants Bell Atlantic, NYNEX and Pacific Telesis to head up Tele-TV, the bold start-up venture that sought to deliver interactive programming via the world’s telephone networks.

Stringer is the recipient of numerous media and philanthropic awards including: The Visionary Award for Innovative Leadership in Media & Entertainment from The Paley Center for Media; Steven J. Ross Humanitarian Award from UJA-Federation of New York; First Amendment Leadership Award by the Radio & Television News Directors Foundation in Washington, D.C.; and was inducted into the Broadcasting and Cable Hall of Fame in 1996. In June of 2012 he received an honorary doctorate from Oxford University.

Big Bang Theory: How The Collision Of Entertainment & Technology Is Reshaping Our Tomorrows

Emerging Markets Technologies & Content: What It Means For Business & Our Future

The Digital Revolution And its Impact On News Culture & Business