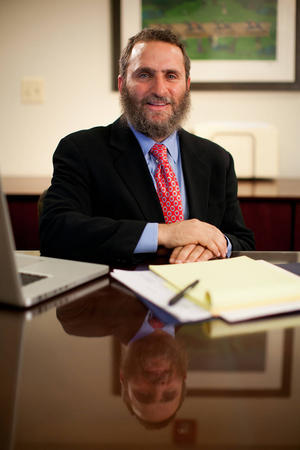 Rabbi Shmuley Boteach, is the international best-selling author of 16 books and host of the national TV show, Shalom in the Home on TLC (The Learning Channel). His latest work, 10 Conversations You Need to Have With Your Children, has just been released by ReganBooks/Harper Collins. An acclaimed syndicated columnist, he won the 2005 American…

Rabbi Shmuley Boteach, is the international best-selling author of 16 books and host of the national TV show, Shalom in the Home on TLC (The Learning Channel). His latest work, 10 Conversations You Need to Have With Your Children, has just been released by ReganBooks/Harper Collins.

An acclaimed syndicated columnist, he won the 2005 American Jewish Press Association’s highest award for excellence in commentary. Boteach was also named by Talkers Magazine as one of the hundred most important radio hosts in America. A winner of the London Times highly prestigious “Preacher of the Year” award, Boteach has lectured and appeared in print, radio, and TV all over the globe.

Boteach first came to world attention through his founding of the Oxford University L’Chaim Society, which became the second largest student organization in Oxford ‘s history within three years of its founding in 1988. Boteach served as Rabbi to the students of Oxford for eleven years, where he played host to, and debated, some of the world’s leading thinkers, statesmen, and entertainers including Mikhail Gorbachev, Professor Stephen Hawking, Shimon Peres, Deepak Chopra, Benjamin Netanyahu, Elie Wiesel, Christopher Hitchens, Yitzchak Shamir, Prof. Richard Dawkins, Javier Perez de Cuellar, Simon Wiesenthal, Michael Jackson, and Prof. Colin Blakemore, to name but a few.

Hailed by Dennis Prager as “possessing one of the most fertile minds of our generation,” Boteach has written many best-selling books including Wisdom, Understanding, Knowledge, Kosher Sex, Kosher Adultery, Dating Secrets of the Ten Commandments, Face Your Fear, the critically-acclaimed Judaism for Everyone, The Private Adam, his critique of American celebrity culture, and his review of Oxford history and life, Moses of Oxford, Vols. I & II. His book Why Can’t I Fall in Love was a finalist for the 2002 Books for a Better Life Award, and in April 2005 Boteach published Hating Women: America’s Hostile Campaign Against the Fairer Sex.

Many of his books have been serialized in major international publications and have been translated into seventeen languages, including Japanese, Thai, Czech, Chinese, Italian, Dutch, German, Russian, and French.

Described by the Deseret Morning News as “arguably, the most famous rabbi in America,” Boteach is one of the country’s most sought after television and radio guests, having appeared on shows ranging from The Today Show and Good Morning America to The View to The O’Reilley Factor, and nearly everything in between. He was also the subject of a full-length BBC documentary, Moses of Oxford. He has been profiled in many of the world’s leading publications, including Time Magazine, Newsweek, The New York Times, The London Times, The L.A. Times, The Chicago Tribune, and The Washington Post.

Boteach’s twice-weekly columns appear in the Jerusalem Post, The New York Sun, WorldNetDaily.com, Insight Magazine, and Beliefnet. In 2001, Jewsweek.com placed him at number 17 on their annual list of the 50 most influential Jews in America .

One of the world’s most acclaimed public speakers, in December 1999 Boteach became the first ever non-Christian to win the highly prestigious London Times Preacher of the Year Award, setting a record for the most points ever garnered in the competition’s history. Engaged in such a wide range of endeavors, it is no wonder that Salon.com wrote “Boteach has his scholarly finger on the pulse of the nation.”

Boteach also serves as Editor-in-Chief of IDT publishing, a unit of the IDT Telecommunications Corporation, and is publishing a unique series of books by world leaders and personalities writing on the virtue, or character trait, that most eluded them in their careers.

Bringing Shalom Into Your Home 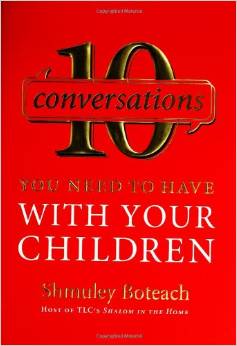 10 Conversations You Need to Have with Your Children 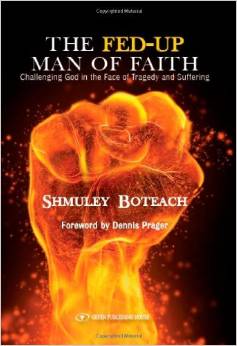 The Fed-Up Man of Faith: Challenging God in the Face of Suffering and Tragedy 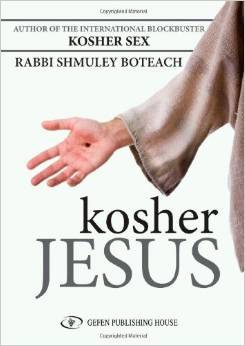