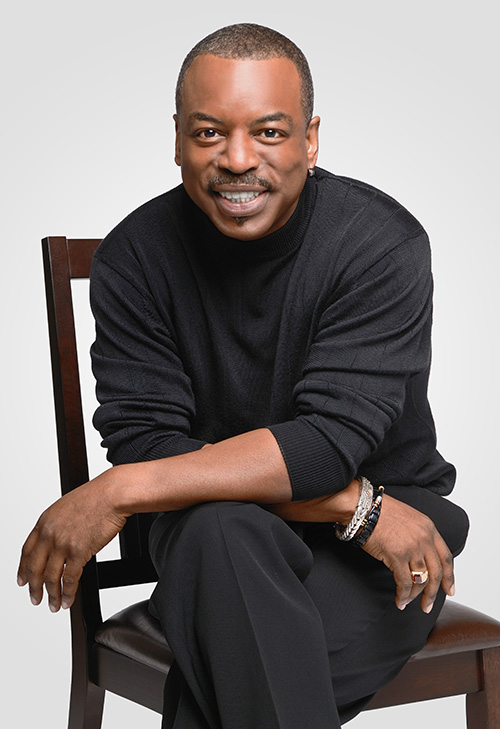 LeVar Burton has been capturing the attention of admiring audiences and industry peers for four decades, and continues to enjoy a career longevity truly rare within the industry. Whether acting, directing, producing or writing, Burton has demonstrated that he can do it all. Burton launched his acting career while still a student at the University…

LeVar Burton has been capturing the attention of admiring audiences and industry peers for four decades, and continues to enjoy a career longevity truly rare within the industry. Whether acting, directing, producing or writing, Burton has demonstrated that he can do it all.

Burton launched his acting career while still a student at the University of Southern California. Cast in the groundbreaking role of Kunta Kinte in the landmark television series Roots, at 19 he found himself on the cover of Time Magazine. A seemingly impossible act to follow, Burton managed to do so in dramatic fashion, achieving further global acclaim as Chief Engineer Geordi La Forge in the iconic Star Trek: The Next Generation television series and feature films. But it has been his role as host and executive producer of the beloved PBS children’s series Reading Rainbow that he is most proud of. Airing from 1983 to 2009, it was not only one of the longest-running children’s television shows in history, but also one of the most acclaimed, earning over 200 awards including multiple Emmys and a Peabody.

Always committed to improving children’s education through innovative uses of storytelling, in 2012 Burton launched RRKidz, a digital educational publishing company, co-founded with business partner Mark Wolfe. Together they hold the global rights to the Reading Rainbow brand through a partnership with series creator, WNED/Buffalo. Reading Rainbow was reimagined to combine today’s forms of media and technology with the goal of inspiring a new generation of children to love reading. The all-new Reading Rainbow is a digital reading service filled with over 500 children’s fiction and non-fiction books, newly produced video field trips and new content added every week. With over 16 million books and videos enjoyed since launch, Reading Rainbow is the number one educational app on iTunes and recipient of numerous awards.

Most recently, Burton turned to Kickstarter to bring Reading Rainbow to “Every Child, Everywhere” — especially to classrooms in need. The campaign met its 35-day goal of raising $1 million in less than 11 hours, and became the most popular Kickstarter campaign ever with over 105,000 backers and a final tally of over $6.4 million. As a result, in 2015 RRKidz will introduce Reading Rainbow EDU, complete with engaging supplemental learning content for teachers and students. Additionally, in October, 2014, Reading Rainbow published Burton’s first children’s book, The Rhino Who Swallowed A Storm, a powerful and uplifting story to help children cope with the difficulties of everyday life.

The honored recipient of 12 Emmy Awards, a Grammy and five NAACP Awards, Burton is often invited as a keynote speaker at leading education and technology events, most recently speaking at NASA, ISTE, The National Headstart Association and many more. In 2014, with educational groups, business organizations and media clamoring to recognize him for the record-setting Reading Rainbow Kickstarter campaign, Burton was named Geek of the Year in the annual Geekie Awards, was listed as one of Ebony Magazine’s Power 100, and earned the World Tech Award for Education, awarded by the World Technology Network. He now enters his fourth decade in the industry, with millions of fans throughout the world and continues his mission to inspire, entertain and educate.

Martin Luther King Jr.: The Man and The Myth
“Our lives begin to end the day we remain silent about things that matter” is one of the most famous quotes attributed to Dr. King, the truth is, there is no evidence to support that he actually ever spoke those words. In his speech, LeVar explores the conflicting nature of the man who was Martin Luther King Jr. as well as the mythical King of his legacy.

Technology & Storytelling: Making a Difference in the Digital Age
Join LeVar Burton as he shares the powerful impact that his mentors, technology, storytelling, and science fiction have had on his life and how each has helped shape his incredible life’s work. Be there as he concludes the session with a personal demonstration of how he employs today’s latest technologies in his efforts to educate and enlighten—a world premier peek at his latest project, the Reading Rainbow App.

The Power of Storytelling: Written, Spoken, Lived
An inspirational speech in which LeVar discusses his 3 storytelling mentors: Alex Haley, Gene Roddenberry and Fred Rogers. Their influence on his life and the world at large as well as the power of our own personal narrative is a secondary theme.

The Importance of Literacy

The Influence of the Media in Education

The Power of Imagination 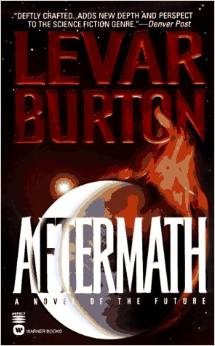 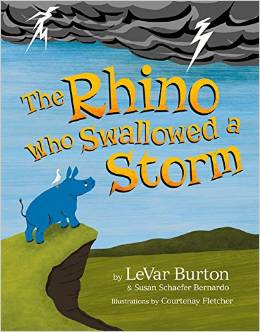 The Rhino Who Swallowed a Storm 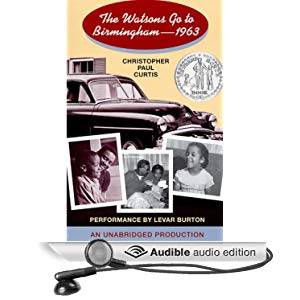 The Watsons Go to Birmingham: 1963 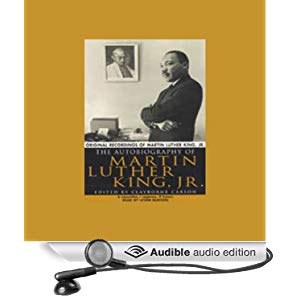 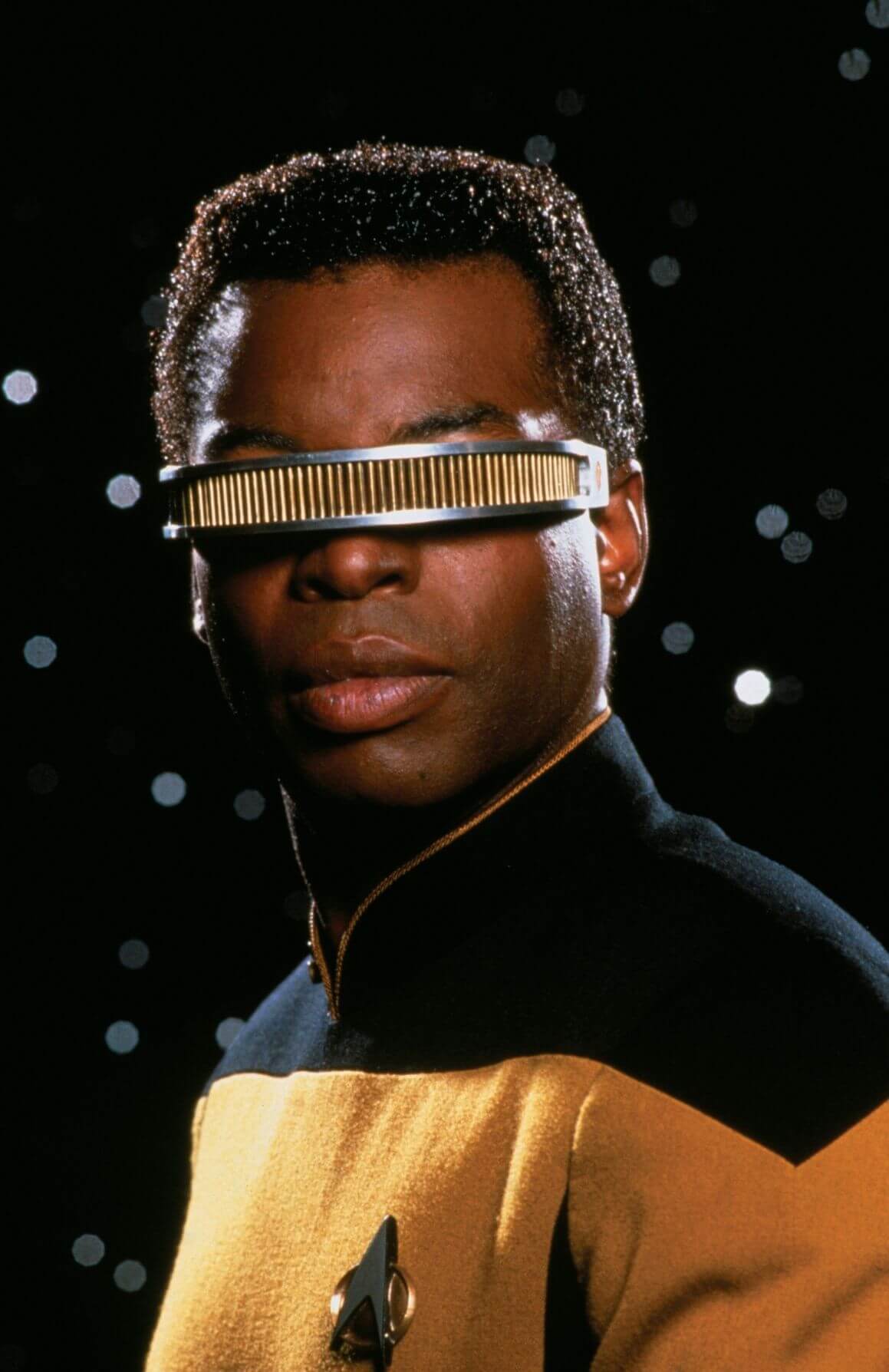 The event was AWESOME!!!! He is a very engaging speaker and the students LOVED him. He is also a very gracious gentleman…we so enjoyed having him here. He stayed afterwards to sign about 50 or more autographs and had his picture taken with dozens of students.