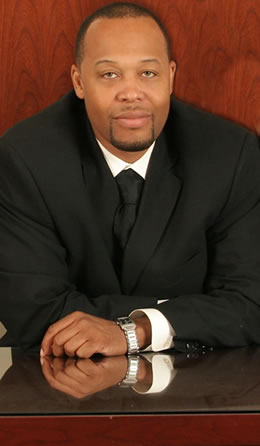 It was the God fearing church-going grandmother of Lester Barrie who first suggested he would someday be a gospel preacher, and at age 21, accepting his calling, preach is what Lester Barrie did. The good news for the entertainment industry is that fate had other ideas. In a climate full of comedians scrambling to be…

It was the God fearing church-going grandmother of Lester Barrie who first suggested he would someday be a gospel preacher, and at age 21, accepting his calling, preach is what Lester Barrie did.

The good news for the entertainment industry is that fate had other ideas. In a climate full of comedians scrambling to be the next Eddie Murphy or Richard Pryor, a unique style of comedy shaped by the black Baptist Church and the University of Southern California Debate Team was being formed. It was the voice born in inner city Chicago and later moving to Long Beach, California that ultimately formed the bold style of hip, urban, socially conscious comedy without profanity.

Often compared to “clean” comedians Sinbad and Bill Cosby, Lester made his TV debut on the syndicated show, “Star Search” a safe haven for a comic minister. It was a reign that lasted 6 weeks, ending in semi-finals. A black comedian bent on not using profanity would be in less friendly waters on HBO’s raw and edgy “Def Comedy Jam,” prompting Lester’s own father to urge him to pass on the opportunity. Still without profanity or comedy below the waist, Lester Barrie answered the call to be a hip, cool and extremely funny. Lester’s other television stand-up appearances include A&E’s “Evening at the Improv,” Fox’s “Comic Strip Live,” BET’s “Comic View,” and on four occasions Lester inspiring style would spark standing ovations on the syndicated “Showtime at the Apollo.”

Lester Barrie brings a vast repertoire of characters to his comic acting. Movie credits include “”lam Dunk Earnest”” staring Jim Varney, as well as “Don’t be a Menace to South Central While Sipping Juice in the Hood” staring Shawn and Marlon Wayans. Lester’s array of talents was also solicited by Robert Townsend for 13 weeks on Fox’s “Townsend Television” series. Lester’s knack for sketch comedy also landed him in the cast of Fox’s “Def Jam Primetime,” an HBO independent production. Other television credits include guest appearances on WB’s “Sister Sister” and UPN’s “In the House staring rap music sensation LL Cool J.

Producer David Pekinpaw discovered Lester’s abilities didn’t stop at comic acting, and cast Lester in the lead role in “Hammersmith,” a Steven J. Cannel pilot presentation about a young private investigator. It was also Pekinpaw who later cast Lester in the recurring roll of “Diggs” on the Fox Television drama series “Sliders.” Other pilots include, “Road Warrior,” a Paramount sitcom about the lives of traveling salesmen, as well as “Be My Date,” Universal’s hip 90’s dating show that Lester hosted.

After receiving numerous awards in national competitions for the University of Southern California on a speech and debate scholarship, Barrie would find himself subsidizing his career by teaching high school teens to focus their gift of gab. The level of confidence built by these experiences would set Lester Barrie even further apart from the fray of African American comedians, most apparent in numerous urban comedy competitions in which Lester Barrie finished king of he hill. Inspiring people young and old in an entertaining fashion, this thirty-something voice has answered to a unique calling that would make his grandmother proud. Lester Barrie provides a world – which at times appears heartless and cruel — with the universal medicine of comedic, sidesplitting laughter.

An Evening With Lester Barrie