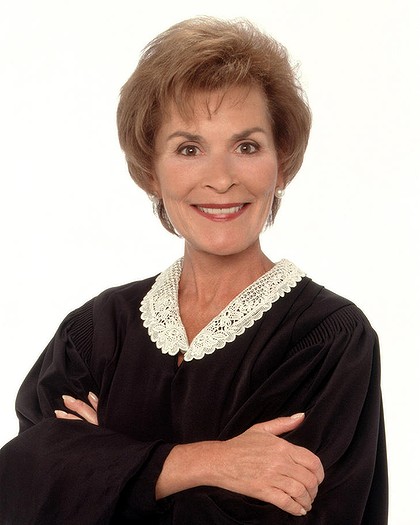 After nearly 25 years in New York’s Family Court, Judge Sheindlin retired from the bench in 1996 to start the syndicated program that bears her name. Judge Sheindlin began her career in family court in 1972. In 1982, then New York Mayor Edward Koch appointed her to the bench. In 1986, she was appointed the…

After nearly 25 years in New York’s Family Court, Judge Sheindlin retired from the bench in 1996 to start the syndicated program that bears her name. Judge Sheindlin began her career in family court in 1972. In 1982, then New York Mayor Edward Koch appointed her to the bench. In 1986, she was appointed the Supervising Judge in Manhattan’s Family Court. She heard more than 20,000 cases during her career.

She was tapped to teach all newly elected and appointed Family Court Judges for almost a decade. In the family court she earned a reputation as one of New York’s most effective judges. Judge Sheindlin is credited with pioneering an “open court policy,” allowing the public and the media to view the family court process.

Judge Sheindlin was the subject of a Los Angeles Times article in February 1993. The story caught the attention of “60 Minutes,” which soon led to a segment on the iconic news magazine. After her appearance, she was approached about the possibility of presiding over cases on a television program. JUDGE JUDY premiered in national syndication on September 16, 1996.

In 1995, Judge Sheindlin published her first book, “Don’t Pee On My Leg and Tell Me It’s Raining,” in which she offers her insight into how and why the family court fails in its mission to impact shattered families. “Beauty Fades, Dumb Is Forever,” her second book, was published in January 1999. A New York Times best seller, the book challenges women to be the best they can be.

Her first children’s book entitled, “Win or Lose By How You Choose” was published in 2000, followed by “You Can’t Judge A Book By Its Cover” the next year. Both books were designed as tools to help parents interact with their children and teach fundamental moral values.

In 2004, Judge Sheindlin was named International Spokesperson for North Shore Animal League America to promote pet adoptions throughout the United States and the world.

In 2006, Judge Sheindlin received a prestigious Star on the Hollywood Walk of Fame, situated next to her good friend, the legendary actor, Sidney Poitier. She also received the “Gracie Allen Tribute Award” from American Women in Radio and Television for her significant contributions to the broadcasting industry.

Also in 2006, she co-founded “Her Honor Mentoring” with her daughter Nicole Sheindlin, which combines the power of youth and the wisdom of experience to inspire young women to reach their full potential.

In 2007, Judge Sheindlin was named one of the top celebrities in entertainment in Forbes’ “Celebrity 100” List. Her first DVD, “Justice Served,” was released. Her second DVD, “Second to None,” was released in 2008.

In 2009, Judge Sheindlin was interviewed for the “Archive of American Television,” which offered an in-depth look at her career and her life as a mother, wife and grandmother.

In 2010, Judge Sheindlin was selected as one of The Hollywood Reporter’s “Power 100,” honoring the top 100 women in the entertainment business. She was a recipient of a “Brandon Tartikoff Legacy Award,” named after the broadcasting pioneer.

In 2012, Judge Sheindlin was inducted into the esteemed Broadcasting & Cable “Hall of Fame” for her contributions to the television business. She delivered the commencement address at the University at Albany SUNY and launched a new website, www.whatwouldjudysay.com, to share her ideas about life and create an interactive forum with her fans.

In 2013, Judge Sheindlin extended her contract to continue JUDGE JUDY through 2017. That same year, a Reader’s Digest survey placed Judge Sheindlin among the “100 Most Trusted Americans.” She also received the prestigious “VP/Law Society” from the University College Dublin for her contributions to family law and legal academia. She was the first family court judge to ever receive such an honor. Additionally, in 2013, she published “What Would Judy Say: A Grown-Up Guide To Living Together With Benefits,” a first in a series of books, based on her website.

In 2014, Judge Sheindlin was the subject of a front page story in The New York Times, “Others Fade, But Judge Judy is Forever,” which discussed her significant impact on television and tremendous popularity around the world. Also in 2014, Judge Sheindlin received “The Mary Pickford Award” for her innovative leadership and commitment to the mentorship of women in the workplace. She published her second book based on her website, “What Would Judy Say: Be The Hero Of Your Own Story.” Judge Sheindlin provided this book free of charge through her social media outlets.

In 2015, Judge Sheindlin signed a multi-year contract through the 2020 broadcast season. The new agreement includes a joint venture with CBS Television Distribution and Judge Sheindlin’s Queen Bee Productions to produce new programming. Queen Bee’s first foray into television, HOT BENCH, was the highest-rated new first-run syndicated program in its freshman season last year. Also in 2015, Judge Sheindlin received the “Woman of the 21st Century Award” from The Women’s Guild at Cedars-Sinai. The honor celebrates women with their stellar professional accomplishments, their dedication to their family and friends, and their humanitarian endeavors. That same year, Judge Sheindlin received a “Guinness World Record title for the “longest career as a TV judge.”

Judge Sheindlin attended college at the School of Government at American University in Washington, D.C., and after her graduation in 1963, she attended New York Law School where she received her degree. She began practicing law in Manhattan in 1965. In addition to her academic degrees, she holds honorary Doctor of Law degrees from Elizabethtown College in Pennsylvania, New York Law School and University at Albany SUNY.

Judge Sheindlin is married to Judge Jerry Sheindlin, a former Judge of the Supreme Court of New York. The second marriage for both, they have five children between them: Gregory, Jamie, Jonathan, Adam and Nicole, as well as 13 grandchildren.

A Conversation With Judge Judy 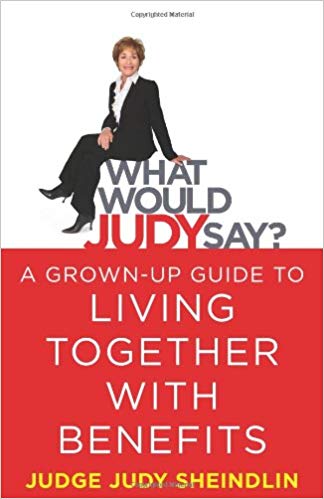 What Would Judy Say?: A Grown-Up Guide to Living Together with Benefits 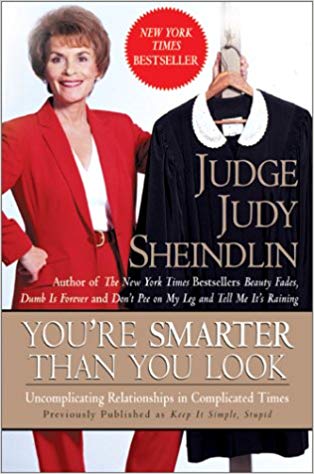 You're Smarter Than You Look: Uncomplicating Relationships in Complicated Times 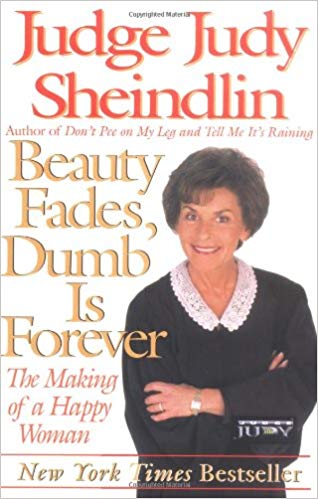 Beauty Fades, Dumb Is Forever: The Making of a Happy Woman 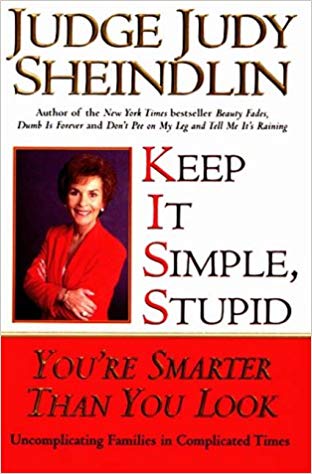 Keep It Simple, Stupid: You're Smarter Than You Look