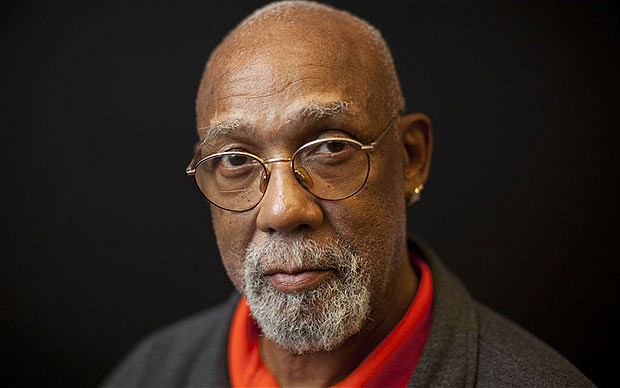 With a black-gloved fist raised and his head bowed, Olympic medal winner John Carlos made history in 1968. The moment of defiance when he and Tommie Smith raised their arms in a Black Power salute from the Olympic winners’ podium in Mexico City was meant to tell the world how far America still had to…

With a black-gloved fist raised and his head bowed, Olympic medal winner John Carlos made history in 1968. The moment of defiance when he and Tommie Smith raised their arms in a Black Power salute from the Olympic winners’ podium in Mexico City was meant to tell the world how far America still had to go in its pursuit of fair and equal civil rights.

John Carlos and Tommie Smith, respectively bronze and gold medal-winning sprinters at the 1968 Summer Olympics, drew headlines worldwide when they made their speechless statement. The two stood in their socks, with no shoes, to represent the poor; with a black scarf and beads around their necks to protest black lynchings. They were supported by Australian silver medalist Peter Norman, who wore an Olympic Project for Human Rights badge.

Bringing politics on to the field at the strictly nonpolitical Olympic Games caused a firestorm. It led to the two men’s suspension from the U.S. Olympic team and later to death threats against Carlos, Smith, and their families.

But Carlos, who as a boy was inspired to pursue athletics by a Harlem police officer, continued down the path that the controversy opened before him. Having won gold at the 1967 Pan American Games and bronze at the 1968 Olympics, Carlos turned to professional football, playing for the Philadelphia Eagles, Montreal Alouettes, and Toronto Argonauts, before an injury forced him from the game. He then worked with PUMA Group, the United States Olympic Committee, the organizing committee of the 1984 Summer Olympics, and the City of Los Angeles. Since 1985 he has been a counselor and track and field coach at Palm Springs High School in California.

In 2008 the athlete, author, and activist was a torchbearer for the Human Rights Torch Relay, which focused attention on China’s human rights record and ran in parallel with the 2008 Summer Olympics torch relay. In the same year, Carlos accepted the Arthur Ashe Award for Courage at the 2008 ESPY (Excellence in Sports Yearly) Awards.

A Conversation With John Carlos

A reception and a book signing by Mr. Carlos, author of The John Carlos Story: The Sports Moment That Changed the World, will follow

John Carlos, 1968 Olympic U.S. Medalist, on the Sports Moment That Changed The World. 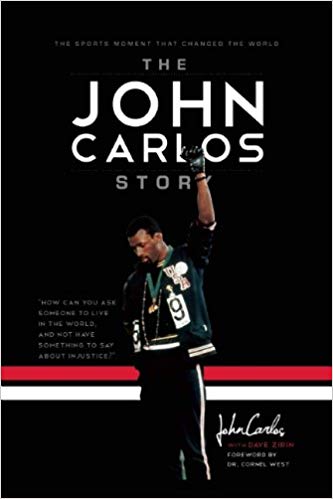 The John Carlos Story: The Sports Moment That Changed the World