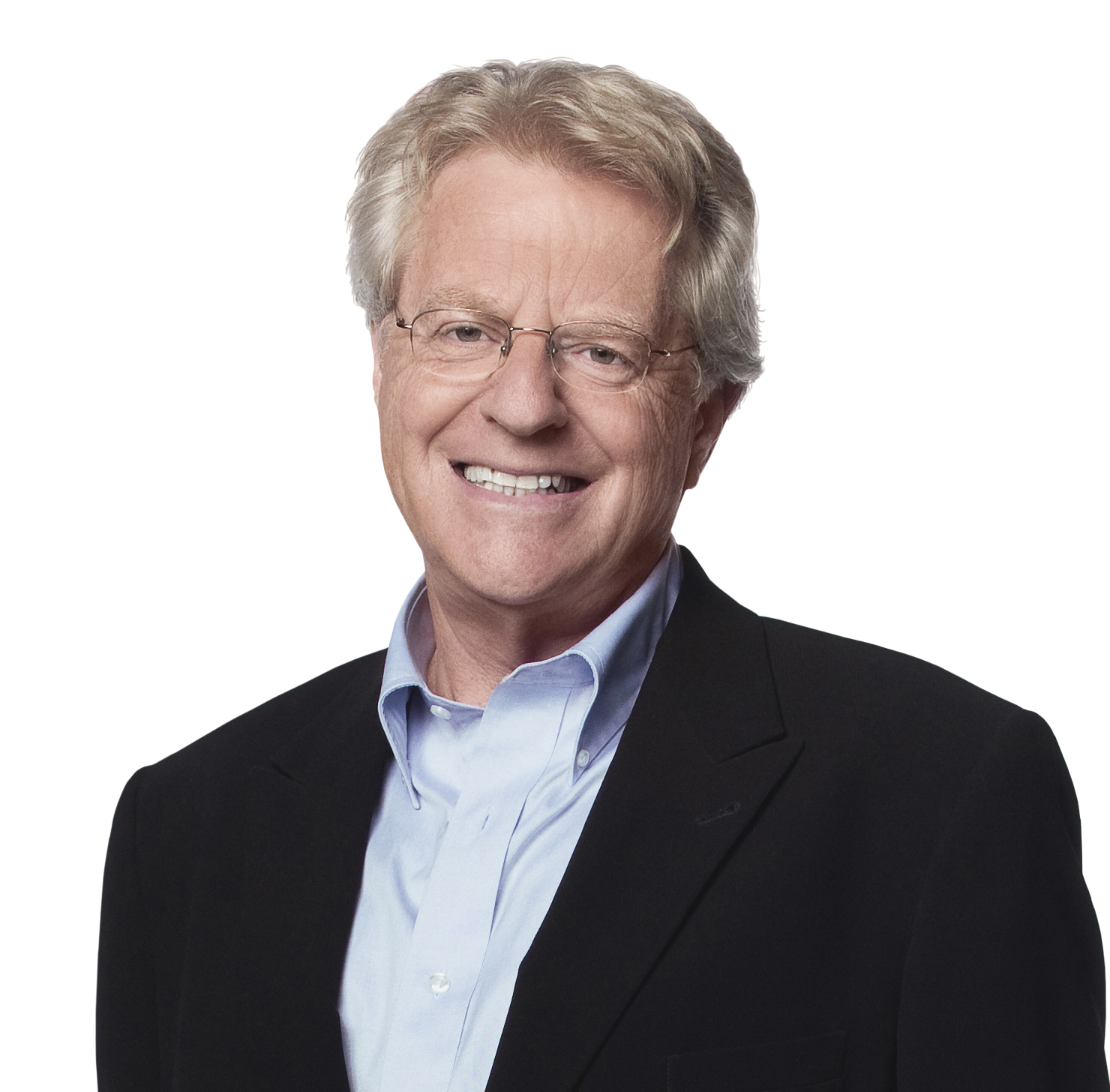 Springer formerly hosted NBC’s America’s Got Talent and Nothing But The Truth, a game show where contestants take a lie detector test while asked increasingly personal questions.

In 1998, Springer penned Ringmaster, a personal account of his experiences along with remembrances from his childhood and professional career. Also in November of that year, Springer made his first venture into feature films starring in Ringmaster, a fictionalized movie chronicling his television talk show. In 1999, Springer thoroughly enjoyed working with Mike Myers, where he portrayed himself in the hit movie Austin Powers 2: The Spy Who Shagged Me.

Everyone knew Springer had “arrived” as a true cultural icon when he was the featured character in The Simpsons’ 1998 Halloween Special. He has also graced the cover of Rolling Stone, Esquire, New York Magazine, and Sarasota Magazine, and he was featured in Vanity Fair’s “Vanities.” Barbara Walters chose Springer as one of the 10 Most Fascinating People in her 1998 special.

Springer, born in London, England, travels back to the UK frequently, doing a variety of late night shows there. A parody of The Jerry Springer Show, “Jerry Springer The Opera,” played in London to sold-out crowds at the prestigious National Theater and garnered awards akin to the Tony Awards.

Springer also hosted a variety show in South Africa on M-Net. The program, broadcast in more than 40 African nations, featured interviews with celebrities, monologues, and skits in front of a live studio audience, and ranked among the most popular television show in South Africa. All proceeds from the show went to AIDS charities.

Springer became a morning radio talk show host with the debut of Springer On The Radio on January 17, 2005. Broadcast in 85 markets, including Air America, Springer ended the radio show after two years but enjoyed the opportunity to offer a progressive voice.

In addition to recording two CDs in Nashville, one aptly titled Dr. Talk, Springer has twice served as the master of ceremonies for the Miss World Pageant, and added a Broadway appearance to his distinguished list of achievements, starring for a week in the production of the “Rocky Horror Show Live.”

Springer earned a degree in political science at Tulane University. He then received his law degree from Northwestern University in Illinois. After joining a law firm in Cincinnati, he spearheaded the movement in Ohio to lower the voting age from 21 to 18, culminating with his Senate Judiciary Committee testimony supporting ratification of the 26th Amendment to the Constitution. He ran for Congress in 1970 and nearly beat the entrenched Republican incumbent. In 1971, he won a seat on Cincinnati City Council and served five terms before becoming mayor at the age of 33 with the largest plurality in the city’s history.

After an unsuccessful bid for governor of Ohio in 1982, Springer worked as anchor and managing editor of NBC News affiliate WLWT. Springer took WLWT to first place with his nightly commentaries, the precursor to his now legendary “Final Thought” that landed him seven Emmys. He was voted television’s best anchor for five consecutive years by readers of Cincinnati Magazine.

Releasing the Ringmaster in You

A Conversation With Jerry Springer 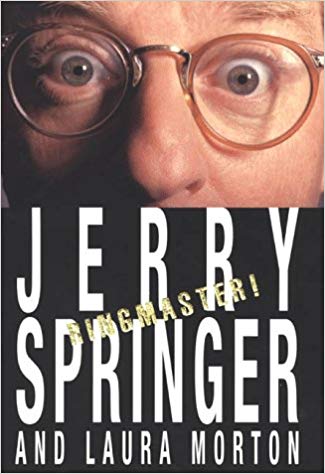 Everything went as planned, and the result was wonderful. We had over 900 people in attendance and the audience seemed to enjoy itself. Surprised at how serious the tone was — and surprised to find a person of substance in Springer — it was exactly what I was looking for. Springer is great at drawing in an audience that would not typically be drawn to a political speech.

The Jerry Springer program was great–we handed out 1,000 passes and 750 were in attendance–filled the downstairs basically–everything went smoothly–he was fantastic and the NBC people were great.