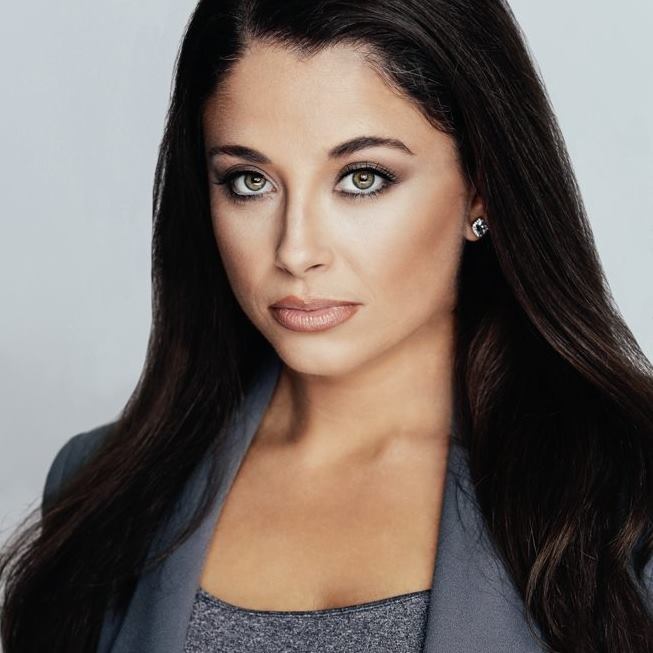 Jasmine Rand is not only a, professor, national legal analyst, international legal consultant, lecturer, columnist and civil rights leader, she is also the founding attorney of RAND LAW, L.L.C., a Miami-based civil litigation firm. She excels in civil rights and human rights, catastrophic personal injury and wrongful death cases, and is currently involved in police…

Jasmine Rand is not only a, professor, national legal analyst, international legal consultant, lecturer, columnist and civil rights leader, she is also the founding attorney of RAND LAW, L.L.C., a Miami-based civil litigation firm. She excels in civil rights and human rights, catastrophic personal injury and wrongful death cases, and is currently involved in police brutality cases throughout the nation from the LAPD to the NYPD. In addition to networks such as, CNN, MSNBC, HLN and Fox, Rand also appears on numerous international networks in Jamaica, Colombia and Japan.

“I Am Trayvon Martin” became the battle cry for a whole new generation seeking social justice. However, this new call to arms is not just about race. Anyone can be a target to the dangers, tragedies and abuse of basic human rights that we experience all too often. When it comes to the present day civil rights struggles across the world, some choose to overlook, and some choose to act. Thankfully, Attorney Jasmine Rand is not afraid to act. Rand is probably best known as the attorney of the Trayvon Martin family and from her countless appearances in the media concerning this world-famous case. A champion for civil and human rights – the National Bar Association recognized Rand one of the Nation’s Best Advocates Top 40 Lawyers Under 40 in the United States. Rand now shares her insight, experience and pioneering efforts for social justice and empowerment as an exclusive speaker with APB Speakers International.

Rand is an active law professor and has performed legal analyst work throughout the world. Most recently, Rand guest lectured at Harvard Law on Stand Your Ground laws, at University Mohammed V law school in Rabat, Morocco and the University of the West Indies in Kingston, Jamaica. In January 2014, Rand traveled to the Kingdom of Morocco to assist the King and Supreme Court Justices on implementing international human rights standards throughout its judicial system. Most recently, Rand developed curriculum on the Trayvon Martin case and will teach her course at the University of Miami School of Law during the fall 2014 semester, which includes innovative topics such as music as an instrument of social change with an emphasis of Bob Marley’s influence on human rights leaders.

Attorney Jasmine Rand now brings her extensive experience, expert teachings and unmatched passion to her thought provoking and gripping keynotes. Recognized by the Lawyers’ Committee For Civil Rights Under Law’s national Distinguished Civil Rights Advocate Award, “For fulfilling the legal profession’s highest ideal in advancing equal justice for all,” Rand’s programs promise to be a must for America’s future leaders and champions for change.

Oppression of Equality: Being the Only Women in the Room
A successful civil rights attorney, professor and businesswoman, Jasmine Rand has fought for the rights of others who faced discrimination based on race or gender. However, on a personal level, she has had to fight against inequalities in the business world. Rand has found that as she becomes more successful, she is surrounded by fewer women. The challenges she faced in breaking the glass ceiling in a predominantly male-dominated field are not that dissimilar to the challenges women across the country face. In this talk, Rand discusses being the “only woman in the room,” a place she found herself in many times as a young, successful female attorney. What makes this presentation unique is that Rand focuses on the experience of a woman, “once she gets in the room.” To be successful, the expectation is that women somehow must part with their femininity, dressing in business suits to compete in a male-dominated field, or that discussing motherhood might be perceived as less ambitious and not committed to a career in business. If true equality exists, why are so many women parting with their core identity to prove they are serious about their career? Rand will inspire confidence with her own story and leave you with a sense of empowerment for your own sense of identity.

I Am Trayvon Martin”: How a Group of Students Sparked a National Movement
Jasmine Rand was the attorney at the forefront of the civil rights case that sparked a national discussion on race in America when Trayvon Martin, an African American teenager, was walking home from a 7-Eleven after purchasing a bag of Skittles was fatally shot by neighborhood watch volunteer, George Zimmerman. While representing the Trayvon Martin family, Rand was an adjunct professor at the University of Miami, teaching “legal advocacy, media and the pursuit of social justice.” During a lesson, Rand’s students coined the phrase, “I Am Trayvon Martin.” In this talk, Rand explains the role media played in launching this national movement. Out of tragedy, young people mobilized in a peaceful campaign for change that even inspired President Obama to declare, “I Too AM Trayvon,” after the jury came back with a not-guilty verdict for Zimmerman. It’s an insightful look at how media plays an important role in the national dialogue of race in this country.

Modern Civil Rights Movement
Despite decades of progress in American civil rights, our nation is in the midst of a “modern” civil rights movement. The deaths of Trayvon Martin, Michael Brown, and Tamir Rice have sparked a national conversation about race and justice, and inspired a movement for change. The attorney at the forefront of these cases is Jasmine Rand. In this talk, Rand shares her insight as a civil rights attorney, past and present, and the challenges of injustice and inequality that she has fought for on behalf of her clients. Through her high-profile cases, she has become a national voice of hope, justice and equality. She is boldly tenacious and reminds audiences that the key to fighting for civil and human rights is not in a quick victory, but in never accepting defeat and never settling for inequality.

I Am The Change World Tour
This exciting program exemplifies how “the power of one” can transform the world, presented by an esteemed trio of human rights luminaries – Ndaba Mandela, the grandson of Nelson Mandela, Donisha Rita Claire Prendergast, the granddaughter of Bob Marley, and Jasmine Rand, civil rights attorney for the Trayvon Martin and Michael Brown families. This event inspires audiences to pursue meaningful change in their own lives and in the lives of others. Audiences will learn not only how to take action, but how to realize the vision of their own philanthropic dreams. Learning directly from some of today’s most inspiring voices, attendees will become equipped with the tools and techniques needed to effectively mobilize their own schools and communities to seek equality and justice. Together, Ndaba, Donisha and Jasmine will show you how to launch your own ideas into action, explaining how every individual has the power to influence changes in our society.