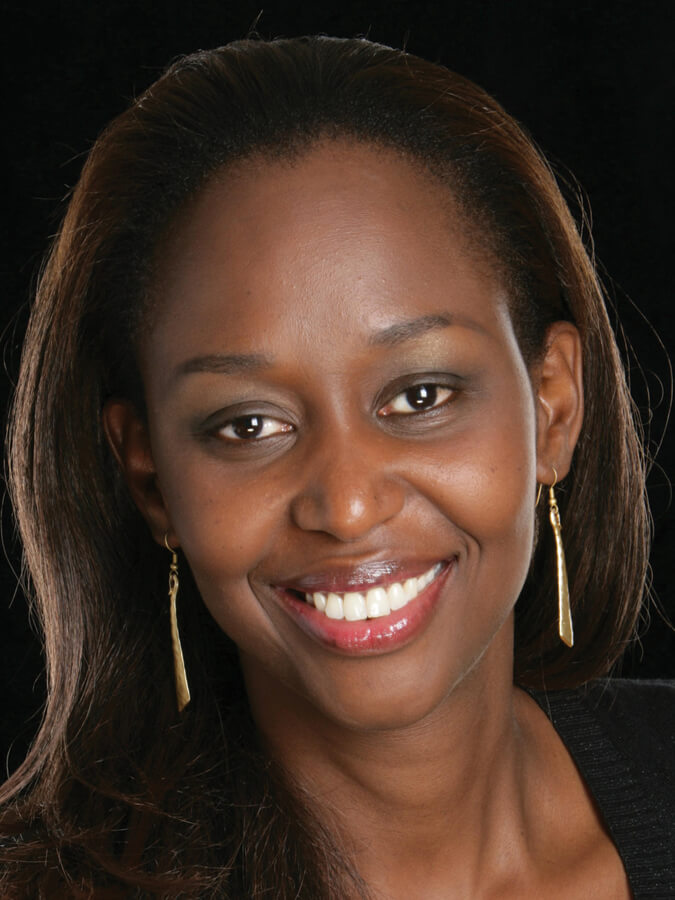 Advocate for Peace and Forgiveness; Best-Selling Author "Left to Tell: Discovering God Amidst the Rwandan Holocaust"

Immaculée Ilibagiza is a survivor of the 1994 Rwandan genocide that took the lives of nearly one million Tutsi, including her entire family except for one brother. She survived by huddling silently with seven other women in a 3-by-4-foot bathroom for 91 days. Today, Immaculée is regarded as one of the world’s leading speakers on…

Immaculée Ilibagiza is a survivor of the 1994 Rwandan genocide that took the lives of nearly one million Tutsi, including her entire family except for one brother. She survived by huddling silently with seven other women in a 3-by-4-foot bathroom for 91 days. Today, Immaculée is regarded as one of the world’s leading speakers on faith, hope and forgiveness. Ilibagiza works for peace through the United Nations and is the author of multiple books, including her best-selling Left to Tell.

During this horrific ordeal, Ilibagiza lost most of her family, but she survived to share the story and her miraculous transition into forgiveness and a profound relationship with God. Four years later, she emigrated from Rwanda to the United States and began working for the United Nations in New York City. She has since established the Left to Tell Charitable Fund to help others heal from the long-term effects of genocide and war.

Ilibagiza is the author of Left to Tell: Discovering God Amidst the Rwandan Holocaust, the international bestseller that has sold more than 2 million copies worldwide and has been made into a documentary. Some of the proceeds from the book have raised over $150,000 for the orphans of Rwanda. Left to Tell is scheduled to be released as a major motion picture in 2017.

Ilibagiza has spoken before a range of audiences including world dignitaries, multinational corporations, churches, and local school children. She has been recognized and honored with numerous humanitarian awards, including: an honorary doctoral degree from the University of Notre Dame; the Mahatma Gandhi International Award for Reconciliation and Peace 2007; a finalist as one of Beliefnet.com’s “Most Inspiring People of the Year 2006;” and a Christopher Award, “affirming the highest values of human spirit.”

Left to Tell has been chosen as Outreach Magazine’s selection for Best Outreach Testimony/Biography Resource of 2007, and for the 2007-2008

One Book program at Villanova University, making it a mandatory read for 6,000 students.

Left to Tell: A Story of Peace, Hope and Forgiveness
In a moving and unforgettable presentation, Immaculée Ilibagiza shares with audiences her experience surviving the Rwanda genocide. She discusses the political and social factors that led up to the genocide, how she struggled to stay alive, and where she is today. Immaculée then shares what led her to be able to forgive her killers, and how that kind of compassion and strength translates into everyday life. Her incredible story and attitude to overcome will encourage everyone who listens to her to hold onto hope. 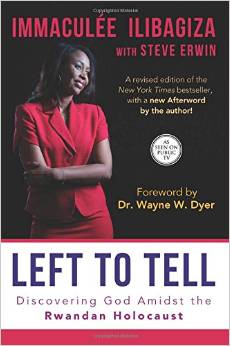 Left to Tell: Discovering God Amidst the Rwandan Holocaust 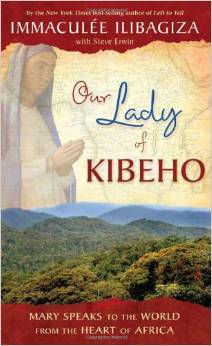 Our Lady of Kibeho: Mary Speaks to the World from the Heart of Africa 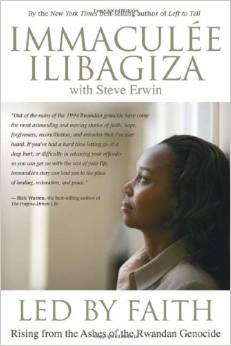 Led by Faith: Rising from the Ashes of the Rwandan Genocide 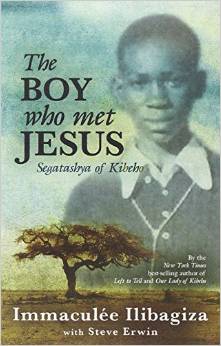 The Boy Who Met Jesus: Segatashya Emmanuel of Kibeho

Immaculee Ilibagiza was inspiring beyond words.