Ford’s charisma and razor-sharp wit takes audiences right into the heart of Washington’s inner sanctum, bringing clarity to the intricacies of the 2016 Presidential Election and shedding light on the complexities of today’s bipartisan government. Drawing from his years of public service, Ford explores the steps that Democrats and Republicans need to take to find…

Elected to Congress at the age of 26, Harold Ford Jr. served on the House Budget, Education, and Financial Services committees. Recognized early on for his ability to seek and find bipartisan solutions, Ford quickly became a leader among the congressional blue dog caucus where he worked across party lines to pass balanced budgets, find cures to our nation’s broken public education system and lower taxes on job creators and middle-class families for five terms.

As a political pundit with behind the scenes insight into Election 2016, Ford is often seen on MSNBC’s Morning Joe, as well as CNN discussing the 2016 election in reasonable and understandable terms. With undeniable knowledge of the modern political sphere, Harold Ford Jr. is helping to construct the national debate for the 2016 presidential race by calling for a new agreement between our political system and the people our system is meant to serve.

In short, Ford believes that continued U.S. dynamism depends mightily on a growing entrepreneurial and middle class in America –both of which are in decline today. To restore these pillars of American growth, Ford argues, a new American compact is needed that fairly rewards risk-taking and hard work for every American willing to commit. To accomplish this, he holds that Government leaders should adopt an immediate three-step method: Promote big and new investments to modernize U.S. infrastructure, tax reform, and simplification, and remodel how we charge for higher education and other life-skills training.

The 2024 Presidential Race (Lecture or Panel)

On the Pulse of Washington

The Road Ahead: How the Next Administration & Congress Can Achieve Progress for America 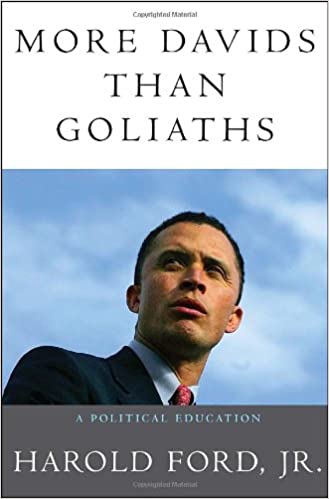