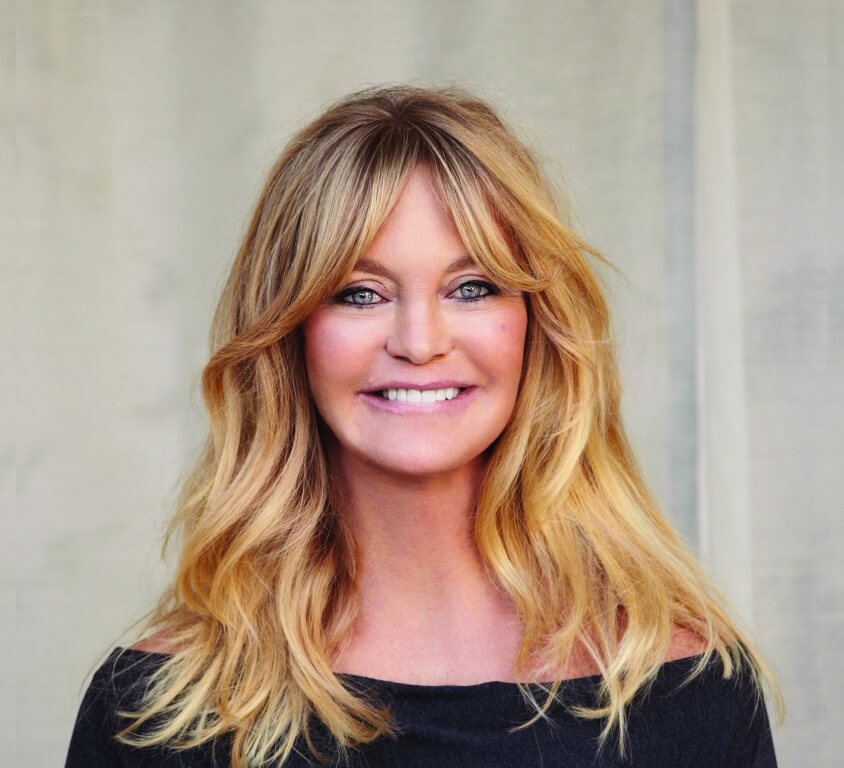 Goldie Hawn is an Academy Award-winning actress, producer, director, best-selling author, and children’s advocate. One of the most recognizable and beloved actresses in Hollywood, Hawn won an Academy Award for Best Supporting Actress for her breakout role in 1969’s Cactus Flower, alongside Walter Matthau and Ingrid Bergman. Since then, she has starred in more than…

One of the most recognizable and beloved actresses in Hollywood, Hawn won an Academy Award for Best Supporting Actress for her breakout role in 1969’s Cactus Flower, alongside Walter Matthau and Ingrid Bergman. Since then, she has starred in more than 30 films, including Sugarland Express, Death Becomes Her, Private Benjamin, Everyone Says I Love You, and The First Wives Club.

Hawn made her directorial debut in 1997 with the film Hope and published her best-selling memoir, A Lotus Grows in the Mud, in 2005. Her 2011 book, 10 Mindful Minutes: Giving Our Children – and Ourselves – the Social and Emotional Skills to Reduce Anxiety for Healthier, Happier Lives, offers guidance on raising healthy, joyful, and resilient children.

She is the founder of The Hawn Foundation, a public charity with a mission to equip children with the social and emotional skills they need to lead smarter, healthier, and happier lives. Working with leading neuroscientists, educators, and researchers, the Foundation developed MindUP, an evidence-based curriculum and teaching model for grades K-8 that provides children with tools to improve academic performance. MindUP is currently being taught in schools in the United States and Canada, and is in the process of broadening globally.

With the ability to deftly navigate between lightness and profundity, Goldie Hawn addresses her life’s work – acting and children advocacy – as well as the importance of emotional, physical, and spiritual wellness in her keynotes.

Words from the Leading Lady: Learning When to Lead & When to Follow

Changing the World One Mind at a Time

Laughter Is the Best Medicine

Keynote Address: Goldie Hawn on Why Mindfulness in School Matters