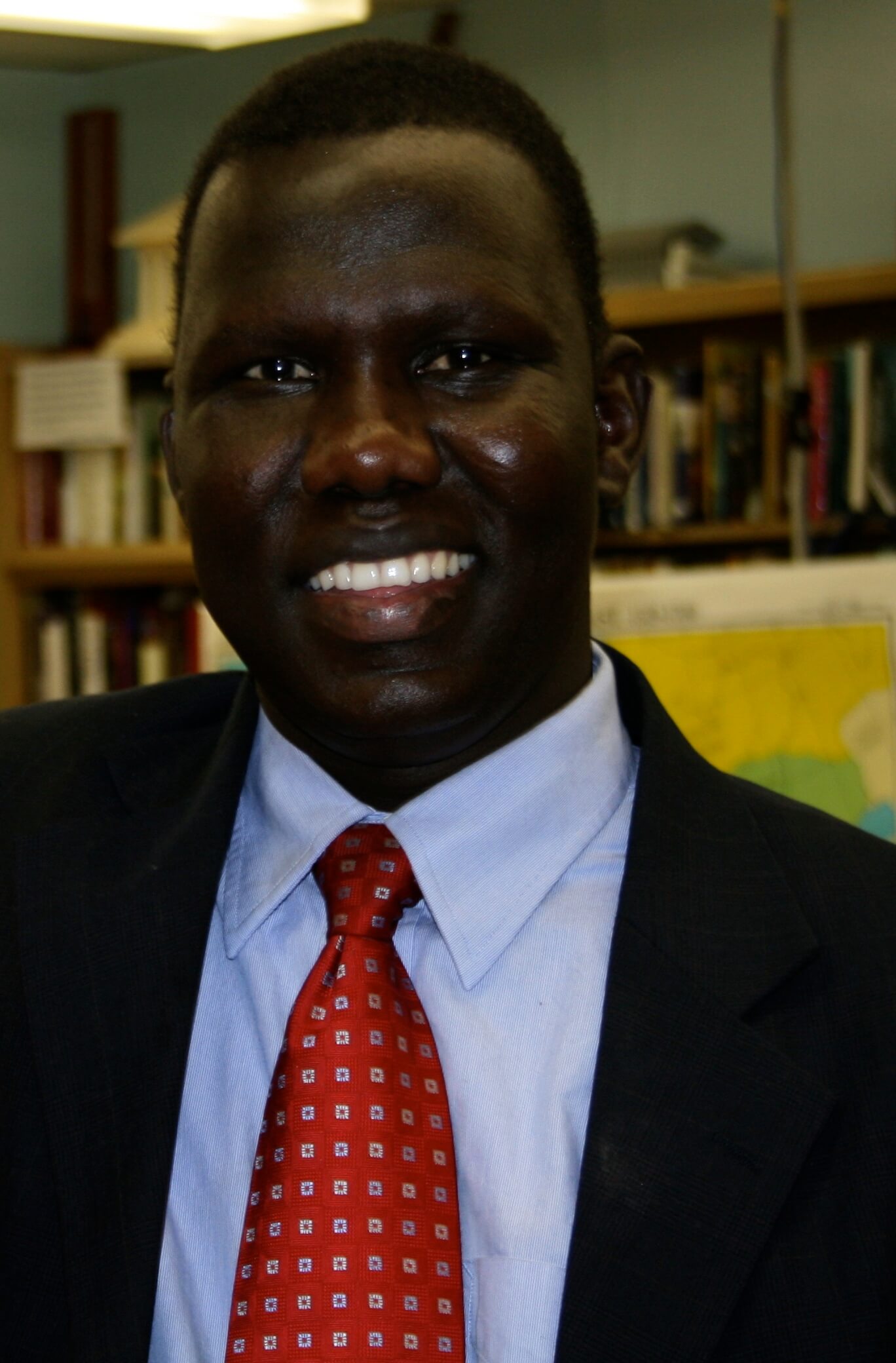 For nearly ten years, Gabriel Bol Deng has spoken to groups of schoolchildren, college students and adults about my experiences as a Lost Boy of Sudan. I have spoken about many topics, including life inside a refugee camp, the importance of resilience in children, and the challenges and rewards of trying to build schools and…

For nearly ten years, Gabriel Bol Deng has spoken to groups of schoolchildren, college students and adults about my experiences as a Lost Boy of Sudan. I have spoken about many topics, including life inside a refugee camp, the importance of resilience in children, and the challenges and rewards of trying to build schools and dig wells in a country where clean water and education are equally scarce.

Many times after one of my talks, several people will approach me to ask if I have written a book. After I speak, people have so many questions. Many of the people who hear me speak want to know more details about my story, and in particular, more about my decision to return to my native village of Ariang and to face the overwhelming challenges of building better lives for the people who live there.

Underneath these questions about logistics is one other question: What is the true hope for Ariang? I think people want to know if a few new schools, some wells and some books will really change anything in a country that is so new and that lacks so many things. If I could, I would spend hours answering questions about how a new generation of educated young people will build stronger communities and participate in the country’s nation building.

Instead, I have decided to write a book that will answer these questions and explain why there is hope for Ariang and for all of South Sudan. There have been so many books written about the Lost Boys and about the decades of conflict in Sudan. This will be the first book to describe the monumental effort to build a new nation of South Sudan, but told through the lens of my own struggle to build a school for the children of Ariang village.

My personal history of survival will be woven in throughout the narrative, but the focus of the book will be from 2007 until the present, with my effort to build the school mirroring the country’s efforts to move toward lasting peace and sustainable development in a still-precarious situation.

A Conversation With Gabriel Bol Deng

The power of hope to move a mountain: Gabriel Bol Deng at BergenCommunityCollege

Gabriel’s message is particularly relevant to our anti-bullying movement for two reasons. First, a focus on resiliency is important to any bullying prevention. Second, as our students are taught, genocide like that in Sudan is simply bullying being played out on a much grander and more horrific scale (there are bullies, bystanders, etc.) Witnessing Gabriel’s resilience and empowerment in the face of such violence is illuminating to our children and our community as a whole.

Gabriel’s motivation and optimism were remarkable. He not only survived separation from his family, war and other hardships, but he has become a tremendously dedicated activist for the people of Sudan. His presentation was captivating, but moreover his unique insights and knowledge that he shared were inspiring and allowed for intellectual conversion among University of Dayton students and faculty.

Gabriel gave us much to reflect upon and several people in attendance have spoken of a thought he imparted or an idea he shared. What a gracious, courageous and articulate gentleman he is, who challenged all of us to be better people and get involved in our world.

Our evening with Gabriel was both powerful and inspiring. His story captivated the Cedar Crest College audience, and left both students and other campus community members thirsty for more of Gabriel’s memories of the South Sudan. After the presentation, Gabriel was gracious in answering questions and engaged with students in conversation. Those who attended Gabriel’s presentation, The Power of Hope, couldn’t thank me enough for bringing Gabriel to our campus. I can’t thank Gabriel enough for being such an outstanding guest.