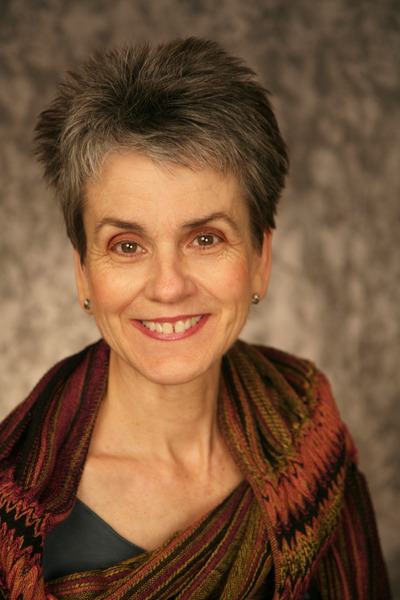 Author of 18 books about World Hunger, Living Democracy, and The Environment

Frances Moore Lappé is the author or co-author of 19 books, including the 1971 Diet for a Small Planet. Frances was named by Gourmet Magazine as one of 25 people (including Thomas Jefferson, Upton Sinclair, and Julia Child), whose work has changed the way America eats. Her most recent work is World Hunger:10 Myths which…

Frances Moore Lappé is the author or co-author of 19 books, including the 1971 Diet for a Small Planet. Frances was named by Gourmet Magazine as one of 25 people (including Thomas Jefferson, Upton Sinclair, and Julia Child), whose work has changed the way America eats. Her most recent work is World Hunger:10 Myths which she and Joseph Collins just submitted to Grove Atlantic Press for print this September. Her books have been translated into 15 languages and are used widely in university courses.

Frances is a cofounder the Oakland-based development think tank Food First; and with her daughter Anna Lappé, the Small Planet Institute and the Small Planet Fund. In 1987 Frances received the Right Livelihood Award, often called the “Alternative Nobel,” and in 2008, the James Beard Foundation Humanitarian of the Year Award. In 2007, Frances became a founding member of the World Future Council, based in Hamburg, Germany. She also serves on the National Advisory Board of the Union of Concerned Scientists. Last year she was invited by the King of Bhutan to join the International Expert Working Group for a New Development Paradigm, preparing a report on this topic for the United Nations.

Frances has been a visiting scholar at the Massachusetts Institute of Technology and the University of California, Berkeley. She is the recipient of 18 honorary doctorates and makes frequent media appearances, including on the Today Show, Hardball with Chris Matthews, Fox News’ Fox & Friends, WSJ.com, The Canadian Broadcasting Corporation’s ‘The National’, Frost Over the World, NPR, and the BBC. She’s a regular contributor to Huffington Post and a contributing editor at Yes! Magazine and Solutions Journal.

Frances Moore Lappe: Why are we creating a world that no one wants? 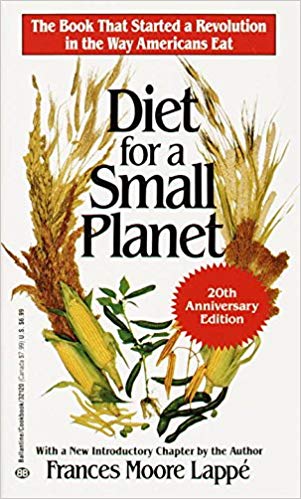 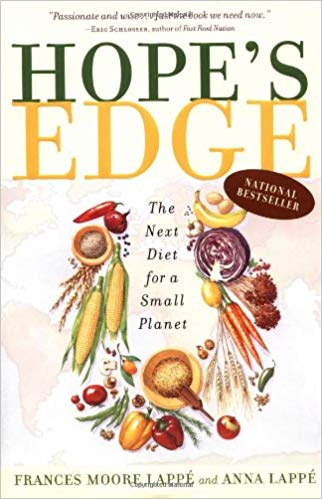 Hope's Edge: The Next Diet for a Small Planet 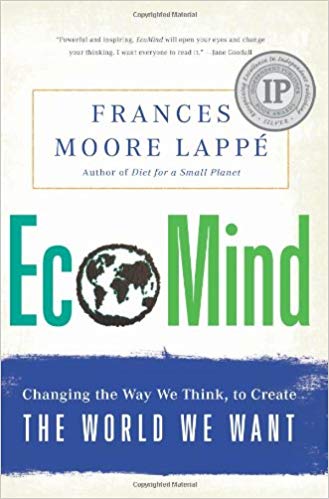 EcoMind: Changing the Way We Think, to Create the World We Want 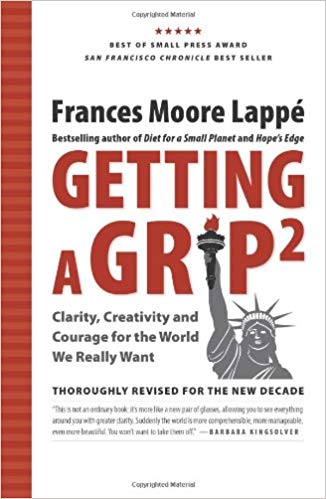 Getting A Grip 2: Clarity, Creativity and Courage for the World We Really Want

I appreciated the broad perspective Ms. Lappé took—she painted the big picture for us. Her thoughts on the fact that we need to change our perspectives/mind maps/worldviews was significant for me—it was something I took with me throughout the week—I was able to contrast the positions from which people were speaking and was totally surprised by how some people seem to be firmly set in outdated and destructive mind sets. I was inspired to do more thinking and to ensure that I am more clear about the frame of mind from which I want to view the world, live my life, and promote well-being for others.

Frances’ commencement speech was on target – she used the tree felled by the storm as a metaphor for the opportunity now to look at the “roots” of our system. Her personal anecdotes and a unique way of communicating the urgency and need for personal responsibility – her focus on possibilities – resonated with me personally, and I know everyone I spoke with after the event agreed with me that she was fantastic.