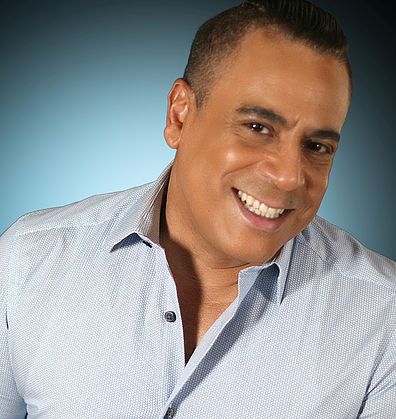 Felipe Rose came to prominence in the 1970’s out of the urban gay clubs and discotheques In New York City, best known as the Native (American) attired vocalist and founding member of the world famous Village People. To this day Village People have become and remain a pop culture mainstay in commercials and television appearances…

Felipe Rose came to prominence in the 1970’s out of the urban gay clubs and discotheques In New York City, best known as the Native (American) attired vocalist and founding member of the world famous Village People. To this day Village People have become and remain a pop culture mainstay in commercials and television appearances as they tour the world with their campy hits which have become a  phenomenon with their mega hits, selling over 100 million records to date and have won many international music awards garnering over 30 platinum and gold records, American Music Awards.

Our hits are not just big in America but on a world wide scale.  For example, Y. M.C.A. sold over a million copies each (each? You only listed one thing?) in Germany and United Kingdom.  The latter (what latter?  Again, only one thing listed) also made it a hit all over again in 1993 when a remix of the tune hit #12 ( it made #1 for the first three weeks of 1979 in its original go-round).  The Guinness British hit single ranked Y.M.C.A as the 45th biggest single ever on that country’s music chart (which began in 1952) putting it ahead of “Unchained Melody” and behind  “Reach Out I’ll Be There”.

Selling over 100 million records to date and have won many international music awards and garnering  over 30 and platinum and gold records his highest moment of achievement was receiving the Star on the Hollywood Walk of Fame, a month later inducted into the Native American Music Awards for his solo music for which he has 3 Nammys:

Shortly after in 2005 he donated his Gold single of Y.M.C.A. To an international audience in the rotunda for the NMAI. (National Museum of the American Indian)

His unique style honors the heritage of his Native American father and his Puerto Rican/Italian mother is a reflection in the clothing that he dons to perform. Felipe has managed to stay relevant throughout his adult life tapping into a passion and devotion to what he loved to do around the country as a speaker, an ordained minister, with the Universal Church of Life, to date he has ordained 11 weddings

This is not just a costume but as a signifier of where his bi-racial roots and from and his long association with Native American and has been groups across the country.  A Shadow Walker is a native term or word for walking in two worlds and also as a TWO SPIRITED person who is GAY.

Rose has always been committed to the advancement of human celebration and it’ potential in Music Arts, Culinary and Wine pairing. For decades Rose has been involved and is passionate about his charity work:

Felipe has carefully chosen his individual projects and what effect they will have on the public and using his position to highlight issues that are important to him, with the objective of helping and connecting with people through his journey as he tours the world in this social media age.

Whether it’s through music, spoken word, motivation-life couching, visual artistry, personal health and joyful confidence he always says…” Be the chief in your tribe”.

Beyond many of these reasons there are many funny anecdotes and happy memories I want to share with the world,  “If you’re going to talk about your life, you have to have life experiences!”.

At the moment, Felipe is outlining and rewriting several of his paid speeches tailoring them towards issues that are relevant today in this ever changing SOCIAL MEDIA (why is this capitalized?) world; such as Ethnic Diversity and Social Empowerment, Taking Control of Your Life Making Your Artistic Manner Matter, No Reservations: Reclaiming My Own Agenda, Practicing Joy and Gratitude and Amplifying Love, Not Breaking with Integrity: Inspiring Greatness.

Subaru ‘s Dining Out for Life

HIV/AIDS charities around the world

Village People: How it Changed My Life