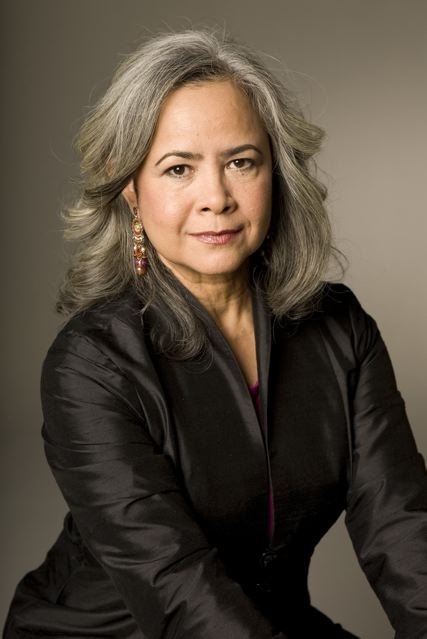 Esmeralda Santiago was born in San Juan, Puerto Rico. She came to the United States at thirteen, the eldest in a family that would eventually include eleven children. Ms. Santiago attended New York City’s Performing Arts High School, where she majored in drama and dance. After eight years of part-time study at community colleges, she…

Esmeralda Santiago was born in San Juan, Puerto Rico. She came to the United States at thirteen, the eldest in a family that would eventually include eleven children. Ms. Santiago attended New York City’s Performing Arts High School, where she majored in drama and dance. After eight years of part-time study at community colleges, she transferred to Harvard University with a full scholarship.

Her writing career evolved from her work as a producer/writer of documentary and educational films. Her essays and opinion pieces have run in newspapers like the New York Times and the Boston Globe, in magazines like House & Garden, Metropolitan Home, and Sports Illustrated, and as guest commentary on NPR’s All Things Considered and Morning Edition.

Upon publication of her first book, the memoir; When I was Puerto Rican, Ms. Santiago was hailed as “…a welcome new voice, full of passion and authority,” by the Washington Post Book World.

Her first novel, América’s Dream, was published in six languages, and was an Alternate Selection of the Literary Guild. “Thrilling and page turning, the fabulous story of América Gonzalez…is laid out masterfully,” according to the Chicago Tribune.

Her second memoir, Almost a Woman, received numerous “Best of Year” mentions, in addition to an Alex Award from the American Library Association. Her adaptation of the memoir into a film for PBS Masterpiece Theatre, was greeted with critical and audience acclaim and was awarded a George Foster

Her third memoir, The Turkish Lover, has received enthusiastic reviews as “an earthy, heartfelt tale of liberation, desperation, and the crippling grip of love.” (Booklist) It was selected a BookSense recommendation for September 2004 and appeared on several “Best of 2004” lists.

She is also the author of the illustrated children’s book, A Doll for Navidades.

In addition to her literary endeavors, Ms. Santiago is an active volunteer. She is a spokesperson on behalf of public libraries. She has designed and developed community-based programs for adolescents, and was one of the founders of a shelter for battered women and their children. She serves on the boards of organizations devoted to the arts and to literature, and speaks vehemently about the need to encourage and support the artistic development of young people. Her community activism was cited when she received a Girl Scouts of America National Woman of Distinction Award in March 2002 along with Alma Powell and Elizabeth Dole.

Ms. Santiago has earned a Master of Fine Arts in Fiction Writing from Sarah Lawrence College and Honorary Doctor of Letters from Trinity University, from Pace University, from Metropolitan College and from Universidad de Puerto Rico, Recinto de Mayagüez. The mother of two adult children, she lives in Westchester County, New York, with her husband, filmmaker Frank Cantor. She’s currently at work on a novel.

When I Was Puerto Rican 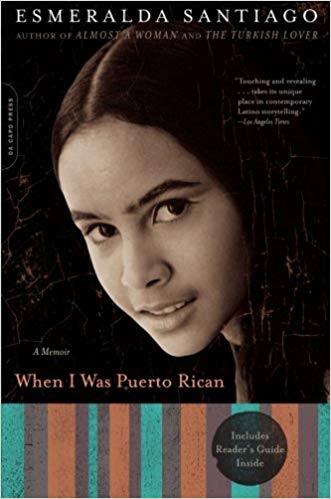 When I Was Puerto Rican: A Memoir (A Merloyd Lawrence Book) 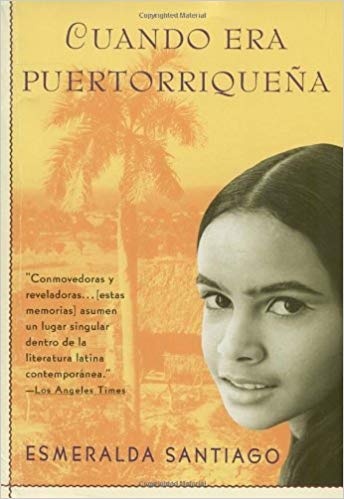