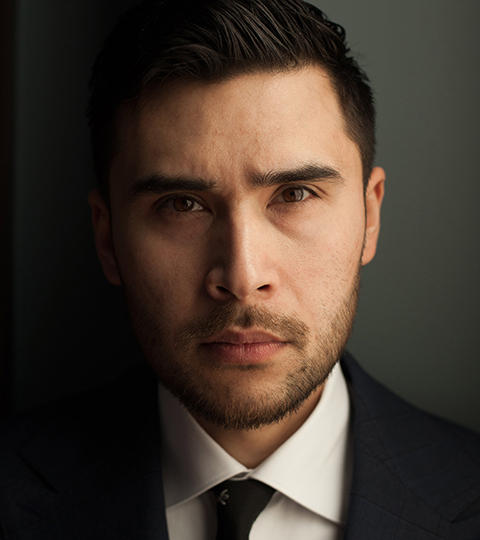 Magician, Creator, Consultant and Performer. Star of "The Magician" at the Nomad Hotel in NYC and Discovery Channels "The Supernaturalist"

Over the past 20 years, he’s created magic on stage and screen around the world. In 2013, Dan White was featured in the Discovery Channel special The Supernaturalist and White Magic on the Travel Channel. In 2014, Dan served as a creative consultant to Kanye West, creating iconic, magic visuals for the YEEZUS tour. Prior…

Over the past 20 years, he’s created magic on stage and screen around the world. In 2013, Dan White was featured in the Discovery Channel special The Supernaturalist and White Magic on the Travel Channel. In 2014, Dan served as a creative consultant to Kanye West, creating iconic, magic visuals for the YEEZUS tour.

Prior to that, Dan consulted on-site in Las Vegas with legendary illusionist David Copperfield. In 2015, Dan began a sold-out run of a show titled The Magician each weekend at the prestigious NoMad Hotel in New York. In 2015, Dan performed as a recurring guest on The Tonight Show with Jimmy Fallon. Dan is from Philadelphia, Pennsylvania.

As a performing magician and magic consultant, Dan White has mystified audiences across the globe. A native of Philadelphia, he has created and starred in two of his own TV shows as well as creating and producing magic on television, in the movies, and on stage for the world’s most famous magicians and entertainers.  Dan has also been the featured entertainment at many of the world’s premier events.

A few of which include: Diddy’s White party, The Victoria’s Secret Fashion Show at the Fountainbleu, The Hamptons Social, The I HEART RADIO music festival, The Kardashian Christmas Party, The Sundance Film Festival, HP’s 2012 Discover Event, The Yeezus Tour, and a plethora of other celebrity events. Dan has been featured in The Wall Street Journal, The New York Times, The New York Post, and Vanity Fair.

An Evening With Dan White
In addition to his live performances, Dan is a world renowned illusion and magic consultant for television, movies, and live music performances. If you are looking for ways to make your next event stand out with creative and cutting edge effects.

Strolling Performance
Witness Dan White perform magic and mind reading miracles up close and in your hands! You and your guests will be amazed as Dan performs close up at your next event. Bring the experience and reactions that you see on TV, off the screen and right in front of your eyes. This type of magic is perfect for cocktail parties, dinner parties, and large events. Dan travels year round performing this type of magic at exclusive parties and corporate events all around the world. Make your next event unforgettable

Close up and Stand up Show
Dan performs his magic in a more classic show setting with guests seated and miracles performed for all of them at once. Dan’s set can range from 15 to 90 minutes depending on your preferences — for audiences large or small. Whether it be a large auditorium or your own living room, Daniel’s act is flexible enough to accommodate any of your entertainment needs. With this option, guests will be treated to Dan’s unique brand of magic and mentalism: elegant, sophisticated, and absolutely incredible.

Magic and Illusion Consultant for Television, Movies, Stage and Live Events:
Recognized as one of the leading magic consultants in the industry, Dan has consulted for major movies, television, commercials, restaurants, product launches, live concerts, corporate events, and stage productions. Dan has been a primary magic consultant, artistic director, and producer for the world’s most famous magicians – David Blaine and David Copperfield.

Most recently, Dan’s expertise has been called upon to consult for the Kanye West’s YEEZUS Tour. Dan worked hands on with Kanye and the rest of the Donda team for over two months in many different creative aspects of the critically acclaimed and wildly innovative concert. Specifically, Dan was responsible for the concept behind the tour’s poster and promo image, the inspiration for the first of Kanye’s 4 masks worn during the show, and the processional scene.

Dan has acted as a magic consultant with musical artists such as Avicii and Miley Cyrus.

Last year Dan’s services were used for the Warner Bros movie “The Incredible Burt Wonderstone” for which he helped design the hangman illusion and made a series of viral magic videos in promotion of the film.

Dan regularly is asked to consult on large scale events like Target Mobile’s launch at the iHeartRadio Music festival, the live presentation of Kendall Jenner’s Sweet 16 present: a 2012 Range Rover, and a commercial and multiple events for HP and The Magic of Touch. Let magician Dan White collaborate with you and your team to add wonder and mystery to your next live event or production.