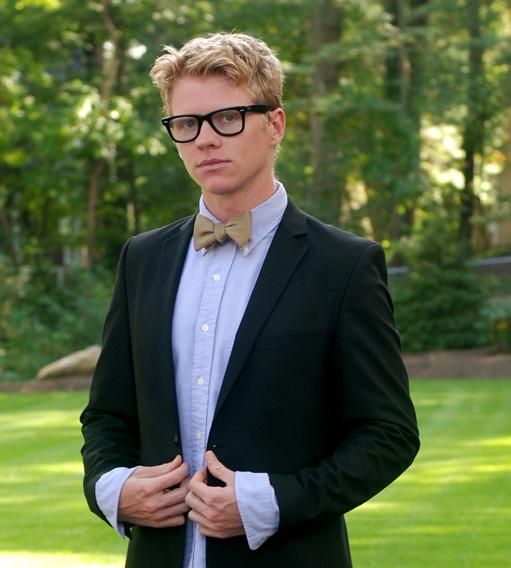 Chet Cannon is truly a one of a kind. Whether conducting interviews with A-list musicians like Pete Wentz of Fall Out Boy, performing daring maneuvers on a snowboard, or demonstrating his signature dance moves, Chet will always engage a large crowd. The boy is destined for a career in television. In August of 2008, Chet…

Chet Cannon is truly a one of a kind. Whether conducting interviews with A-list musicians like Pete Wentz of Fall Out Boy, performing daring maneuvers on a snowboard, or demonstrating his signature dance moves, Chet will always engage a large crowd. The boy is destined for a career in television.

In August of 2008, Chet received a jumpstart on his vocation when he was chosen, from among an estimated 70,000 hopefuls, to be a part of The Real World: Brooklyn cast. With his keen wit and fearless personality, he quickly became one of this season’s most memorable and popular personalities.

Before arriving in Brooklyn, Cannon had been studying Finance at the University of Utah and was an accomplished snowboarder. While in college, and as a member of the Sigma Chi fraternity, Chet gained experience as a host when he was asked to MC many philanthropic, as well as fraternity/sorority, events. While attending the University, Chet created and hosted a popular, comedic radio program, Chet Chat. The name stuck and has now become the moniker for interviews conducted for Buzznet.com and Friendorenemies.com.

Since the show wrapped filming in late November, Chet has relocated to Manhattan to study with the Upright Citizens Brigade Improv studio and continue his work with MTV. Recently, Chet has made a cameo appearance on The Soup on E! with Joel McHale, interviewed on the red carpet for The 2009 Spike Guys Choice awards, and due to popular demand, become a staple MC for Karaoke night at Pete Wentz’s bar, Angels and Kings.

Spontaneity is one of Cannon’s more defining characteristics. He is always ready to sit and talk business but, on a moment’s notice, can also be found dancing on a table or the hood of a car. In his spare time, Chet is actively involved with snowboarding, skateboarding, photography, and his new interests — videography and improv/sketch comedy.

An Evening With Chet Cannon