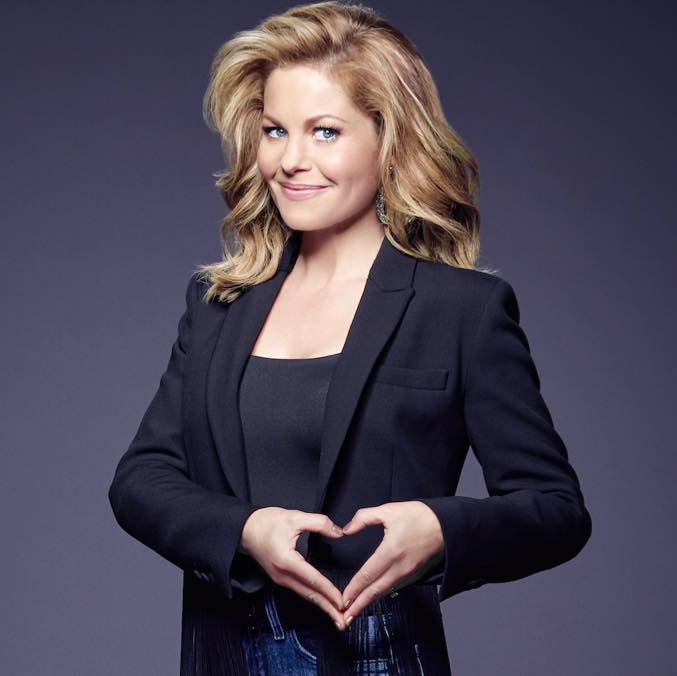 Actress, producer, New York Times’ bestselling author and inspirational speaker, Candace Cameron Bure is both outspoken and passionate about her family and faith. Known to millions worldwide from her role as “D.J. Tanner” on the iconic family sitcom “Full House,” Candace continues to flourish in the entertainment industry as role model to women of all…

Actress, producer, New York Times’ bestselling author and inspirational speaker, Candace Cameron Bure is both outspoken and passionate about her family and faith. Known to millions worldwide from her role as “D.J. Tanner” on the iconic family sitcom “Full House,” Candace continues to flourish in the entertainment industry as role model to women of all ages.

With an acting career that started at the age of five, Candace grew up in show business alongside her brother Kirk Cameron and has appeared in countless national television commercials, prime-time hits, made for t.v. movies and feature films.

Candace has starred in multiple made-for-television movies for Hallmark Channel and Up tv including “Puppy Love,” “Moonlight & Mistletoe,” “Finding Normal”, Emmy nominated “The Heart Of Christmas.” and “Let It Snow” which rated as the #2 all time most-viewed original release for the Hallmark Network. Her most recent movie “Christmas Under Wraps” broke historical records becoming Hallmark’s most watched telecast ever and cable’s second most-watched original movie of 2014.

After finishing a three year run as her character “Summer Van Horn” on ABC Family Network’s “Make It Or Break It,” Candace will bring “Aurora Teagarden” to life from the NY Times best selling books by Charlaine Harris in a series of movies for Hallmark Movies and Mysteries Channel in which she’ll star in and produce with her production company iCandy Productions.

Candace added NY Times best selling author to her many titles with her book “Reshaping It All: Motivation for Physical and Spiritual Fitness” that inspires women to embrace a healthier lifestyle by moving faith to the forefront of their relationship with food. Her book “Balancing It All” released January 1, 2014 in which she shares her stories of juggling priorities and purpose. Book number three is in the works, “Dancing Through Life: Steps of Courage and Conviction” which will reflect the life lessons she learned while dancing her way to the finals finishing in third place on season 18 of “Dancing with the Stars.”

Her philanthropic spirit has gives support to Compassion International and Skip1.org as well as many other charitable and non-profit organizations.

Candace and her husband, former NHL star Val Bure have been happily married since 1996. Together with their 3 children, Natasha, Lev and Maks, they split their time between Los Angeles and Napa Valley, California which is home to their boutique wine label, Bure Family Wines. 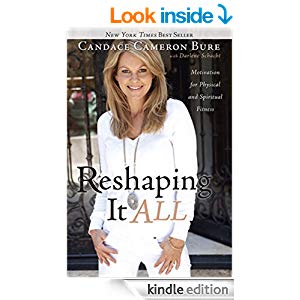 Reshaping It All: Motivation for Physical and Spiritual Fitness