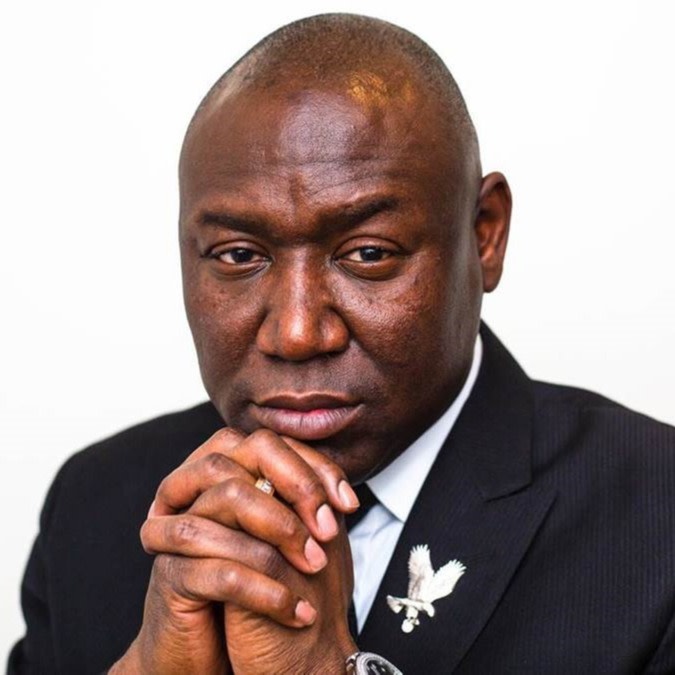 We are on a journey to justice. Civil Rights Attorney Benjamin Crump is leading the charge. With the heartbreaking murders of unarmed black citizens, America’s conversation about racial equity has become a global movement.

We are on a journey to justice. Civil Rights Attorney Benjamin Crump is leading the charge.

With the heartbreaking murders of unarmed black citizens, America’s conversation about racial equity has become a global movement. At the heartbeat of that movement are the families seeking justice through Attorney Benjamin Crump. He represents the families of George Floyd, Breonna Taylor, Ahmaud Arbery, Trayvon Martin, Michael Brown, Tamir Rice, Nakia Jones, Danny Ray Thomas and Stephon Clark, as well as the residents of Flint, Michigan.

Traditional media was a powerful ally in the 1960s when America watched in outrage as police attack dogs and high-pressure water hoses were turned on children and adult protestors in Alabama. With a similar understanding of the interplay between civil rights and the social media landscape today, Crump fights in the courtroom and in the court of public opinion.

A renaissance man and media influencer, he is also a producer, documentarian, and author. His production company Brooklyn Media, curates scripted narrative content for film, TV and digital media, with a focus on stories of injustice, inequality, and civil rights. Crump sees this as one of the most deliberate ways to affect how juries see people of color.

Inspired by the legacy of Supreme Court Justice Thurgood Marshall, Crump’s strategic selection of both cases and creative content is embedded in a singular mission – to “shock the conscience” of the American people.

Through a steadfast dedication to justice and service, renowned civil rights attorney Benjamin Crump has established himself as one of the nation’s foremost lawyers and advocates for social justice, earning the nickname “Black America’s Attorney General”. His legal acumen has ensured that those marginalized in American society are protected by their nation’s contract with its constituency. He is the founder and principal owner of Ben Crump Law.

Crump’s tireless advocacy has led to legislation preventing excessive force and developing implicit bias training and policies. He has been nationally recognized as the 2014 NNPA Newsmaker of the Year, The National Trial Lawyers Top 100 Lawyers, and Ebony Magazine Power 100 Most Influential African Americans. In 2016, he was designated as an Honorary Fellow by the University of Pennsylvania College of Law.

He has represented families in several high-profile civil rights cases including Trayvon Martin, who was killed by a neighborhood watch volunteer in Sanford, Florida, in 2012; Michael Brown, who was killed by a law enforcement officer in Ferguson, Missouri, in 2014; Stephon Clark, who was killed by police officers in Sacramento, California, in 2018; as well as the residents of Flint, Michigan, who were affected by the poisoned water of the Flint River. Crump represented 9 of the 13 black women who were victims in the Holtzclaw Oklahoma City Police rape case in 2015 and worked on the precedent-setting U.S. Supreme Court case involving excessive police force against Robbie Tolan in 2008.

Crump is the President of the National Civil Rights Trial Lawyers Association and previously served as President of the National Bar Association. He was the first African-American to chair the Florida State University College of Law Board of Directors and currently serves on the Innocence Project Board of Directors. He is the founder and director of the Benjamin Crump Social Justice Institute.

He hosted the critically acclaimed legal docudramas Evidence of Innocence on TVOne and Who Killed Tupac: The Search For Justice on A&E, and served as executive producer of the documentary, Woman in Motion, about Nichelle Nichols, one of the first African-American TV actresses. He is a frequent contributor to Huffington Post Black Voices, CNN, and USA Today.

Crump’s book, published in October 2019, Open Season: Legalized Genocide of Colored People, reflects on the landmark cases he has battled, and how discrimination in the courthouse devastates real families and communities.

Crump graduated from Florida State University and received his law degree from FSU College of Law. He is married to Dr. Genae Angelique Crump.

The Journey to Justice

Open Season: Killing Them Softly And Deliberately Thru Qualified Immunity

A Conversation With Ben Crump

'We can't protect them:' Ben Crump talks reaction to seeing the video of Ahmaud Arbery shot and kill 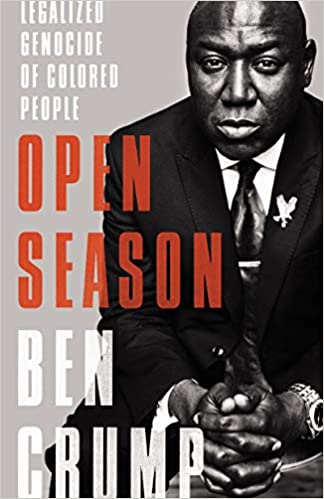