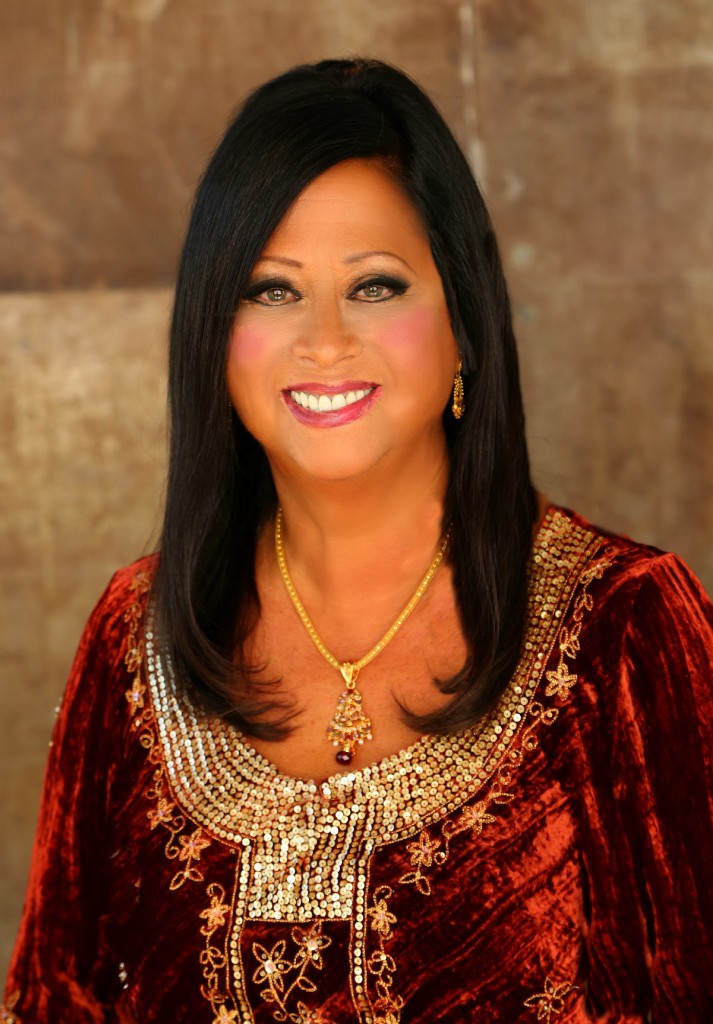 Dr. Barbara DeAngelis is one of the most influential teachers of our time in the field of personal and spiritual development. For the past thirty-five years, she has reached tens of millions of people throughout the world with her inspirational messages about how to create a life of true freedom, mastery and awakening. As a…

Dr. Barbara DeAngelis is one of the most influential teachers of our time in the field of personal and spiritual development. For the past thirty-five years, she has reached tens of millions of people throughout the world with her inspirational messages about how to create a life of true freedom, mastery and awakening.

As a best-selling author, popular television personality and sought after motivational speaker, Barbara is legendary in the field of personal transformation as one of the first people to popularize the idea of self-help in the 1980’s, and as one of the first nationally recognized female motivational teachers on television. Through her sold-out seminars, TV and radio programs, publishing and speaking, she has created her own Barbara De Angelis Brand, and is sought out not only by corporations, celebrities, and entrepreneurs, but by anyone who wants to learn how to transform themselves, their business, and their relationships from the inside out.

Dr. De Angelis is the author of fourteen best-selling books which have sold over ten million copies and been published throughout the world in twenty-five languages. She has had an amazing FOUR #1 New York Times Bestsellers, including Real Moments, Are You The One For Me?, Secrets About Men Every Woman Should Know, and Chicken Soup for the Couples Soul, as well as HOW DID I GET HERE? Finding Your Way To Renewed Hope and Happiness When Life and Love Take Unexpected Turns, which received numerous awards and high acclaim.

Dr. De Angelis’ television career has been just as far-reaching as her publishing career. In 1994, she wrote and produced the TV infomercial, Making Love Work, which won top honors in the industry, and was seen throughout the world by hundreds of millions of people. Barbara appeared weekly for two years on CNN, and has hosted her own daily television show for CBS TV, and her own popular radio talk show in Los Angeles. She has been a frequent guest on OPRAH, THE TODAY SHOW, GOOD MORNING AMERICA, THE VIEW, GERALDO, and POLITICALLY INCORRECT, as well as a regular contributor to E Entertainment and EYEWITNESS NEWS in Los Angeles. Barbara also produced and starred in a one hour special for PBS Television.

Over the past twenty years, Dr. De Angelis has been in demand as a motivational speaker and is known for being one of the most moving and inspirational female speakers in the world. She has given hundreds of presentations to groups including AT&T, Proctor & Gamble, Crystal Cruise Lines, and Young Presidents Organization. She has been a featured presenter at countless conferences along with His Holiness the Dalai Lama, Sir Richard Branson, Deepak Chopra, Wayne Dyer, Louise Hay, F. W. De Klerk, Les Brown, and many others.

Dr. De Angelis is the recipient of the highest honor from Toastmasters International as their Golden Gavel Award Winner for 2007—one of only FIVE women to receive this award in Toastmaster’s 50-year history for being one of the most outstanding speakers of the century. Recently Dr. De Angelis was one of the featured inspirational teachers in the new documentary DISCOVER THE GIFT, along with His Holiness the Dalai Lama, Reverend Michael Bernard Beckwith, Sri Sri Ravi Shankar and other spiritual luminaries.

Dr. De Angelis is currently president of SHAKTI COMMUNICATIONS INC., dedicated to bringing enlightened messages to the world through all electronic and print mediums.

Dr. De Angelis’ remarkable life achievements span over three decades, and she credits her dedication and unrelenting commitment to her own personal journey as the source of all that has come through her to millions of people. She is a serious seeker who has deeply immersed herself in spiritual practice and study from the age of 18, and spent many years in residence with several of the most renowned spiritual masters of our time. It is on the foundation of this profound inner wisdom that she offers her life-changing programs on “TRANSFORMATION FROM THE INSIDE OUT”.

Real Moments: Finding Fulfillment and Meaning in Life
The Transformational Life: Secrets for Living with Passion and Courage
How To Motivate Yourself Through Success, Change and Crisis
From Mediocre To Magnificent: Understanding the Secrets For True Success
Living Your Dream: Building A Life of Passion and Purpose
Being Successful From The Inside Out
Secrets For Creating Happiness In Love and Life
How To Be A 100% Person
From Fear To Freedom: Living As A Risk Taker
Confidence: Finding it and Living it
The Secrets Of Successful Leadership
Taking Care of Yourself: A Seminar for Professional Caregivers
The Psychology of Successful Communication

Secrets for Making Love Work
Real Moments for Couples
Men, Women and Love
Love Secrets In and Out Of The Bedroom
Love, Sex and Intimacy
Secrets For Understanding The Opposite Sex
Finding Love: For Singles Only

Women in Transformation: The Path To Personal Power
Real Moments for Women
Love, Sex and Intimacy: What Women Need To Know
Power, Boundaries and Balance: Becoming Your Most Courageous Self
Women and Spiritual Discovery: Finding Your Center and Awakening the Sacred Within You
Secrets About Men Every Woman Should Know
Women Coming Into Wholeness
Healing the Feminine Spirit

How to Start Living the Spectacular, Awakened Life You Deserve - Barbara DeAngelis 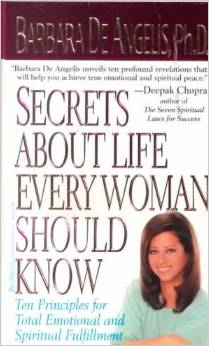 Secrets About Life Every Woman Should Know: Ten Principles for Total Spiritual and Emotional Fulfil 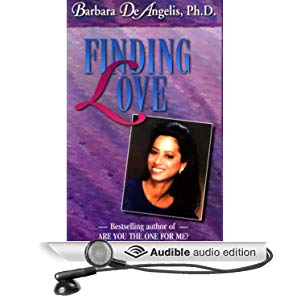 What Women Want Men to Know 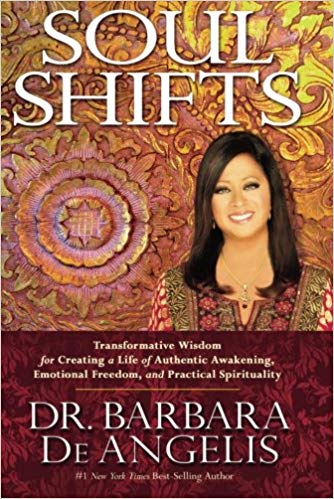 Thank you so much for your inspirational keynote address to the critical care nurses at NTI. What an incredibly dynamic and motivational speaker you are! You instantly connected with over 6,000 critical care nurses with your address tailor-made for their needs. We had an unprecedented year in our bookstore with the very first ever sell out of a speaker’s book. This is quite an accomplishment on your part, and I would like to thank you for your extraordinary achievement.

You surpassed even our wildest expectations. The talk that you gave was so uplifting and your presence was so exhilarating that we have received numerous phone calls congratulating us on the fine program and complimenting us on our good taste on having you as the speaker.” Vice President Public Affairs

Your presentation was outstanding! You were able to fill the auditorium during a thunderstorm. People parked far away and walked in the pouring rain to hear you. You are the only speaker in our series to receive a standing ovation.

Thank you so much for your appearance at our MIND and SUPERMIND lecture series. Your presentation was so well received, people will be talking enthusiastically about it for a long while to come. After the theater was filled to capacity, there was still a line of people hoping to attend that extended to the next block. I thought it great testament to you that 100 people remained outside the theatre and listened to your entire talk via the loudspeakers we had set up. One woman remarked subsequently, ‘I sat out front on pavement and still found it to be a enriching lecture and am glad I stayed. It was worth it!’