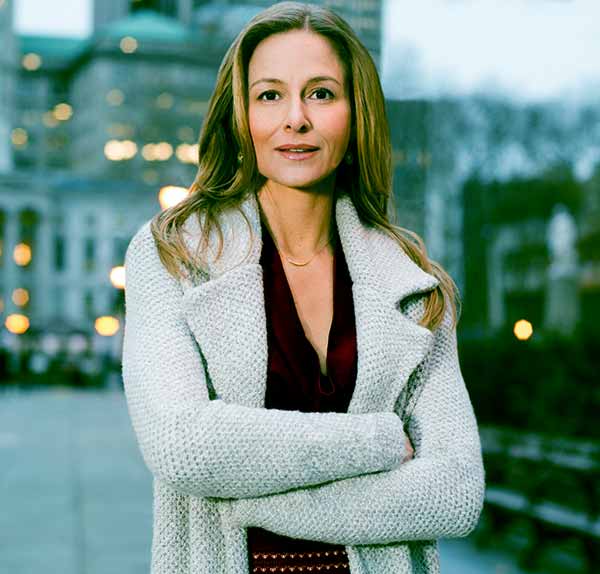 Anna-Sigga Niciolazzi draws on her experience as a career homicide prosecutor to highlight the stories of crime victims. A successful advocate in the courtroom, Anna-Sigga spent many years honing her communication skills.

Anna-Sigga Nicolazzi is a former homicide prosecutor and the founder of Forseti Media. She is also the television host and co-executive producer of the true-crime Discovery + series, True Conviction. Her show, True Conviction highlights the work of prosecutors and law enforcement officials around the country as they discuss their most challenging homicide cases.

Beyond the screen, Nicolazzi is the creator and co-host of the recently launched true-crime podcast, Anatomy of Murder. The podcast reached a milestone of 10 million downloads within its first five months after launch. The weekly podcast brings listeners a behind-the-scenes view of homicide cases and paths to justice for the victims, giving an insider’s perspective along the way.

Prior to launching Forseti Media, Anna-Sigga served for over 21 years as a New York prosecutor for the Kings County District Attorney in Brooklyn, NY.

Anna-Sigga earned her JD from Brooklyn Law School before beginning her career at the Brooklyn District Attorney’s Office in 1995. Starting with misdemeanor cases, Nicolazzi climbed the ranks to reach the elite Homicide Bureau. She fulfilled the last 16 years of her service in the Homicide Bureau and most recently served as Chief of Trials. During her tenure, Nicolazzi worked on and supervised hundreds of investigations and tried over 50 felony cases, 35 of which were homicides.

She specialized in complex cases, including the use of multiple jury trials: where co-defendants are tried simultaneously in front of separate juries. Her cases and prosecutorial style have been profiled in local and national media including The New York Times, New York Magazine, and Vanity Fair. Nicolazzi also frequently appears as a legal analyst on national television networks.

After decades spent as a prosecutor, she decided a career transition was necessary as the intensity of daily life in homicide prosecution and the emotional toll of victims’ stories began to lead to burnout. Not wanting to fully leave the field she cares about so much, she decided to approach her advocacy in a new way: media. Her success in the courtroom has provided a new platform for the voices of victims and those working on their behalf.

Since 2015, Nicolazzi has taught as faculty at Harvard Law School’s esteemed program – The Winter Trial Advocacy Workshop. She lectures locally and nationally, and she participates in multiple professional associations. Ms. Nicolazzi has been invited to speak to prosecutors, law enforcement professionals, and students, both at the local and national level. Most recently, she hosted an FBI event and also served as a panel speaker for the organization at Paramount Studios in Los Angeles, CA.

In 2008, Nicolazzi received the National District Attorneys Association’s Home Run Hitter Award, awarded by peers from across the nation. In 2005, she was the inaugural recipient of the Association of the Bar of the City of New York’s Thomas E. Dewey Medal, awarded annually to outstanding assistant district attorneys in New York’s five Boroughs.

Know Their Name – Focusing on the Victims, Not the Criminals

How to Succeed in a Male-Dominated World