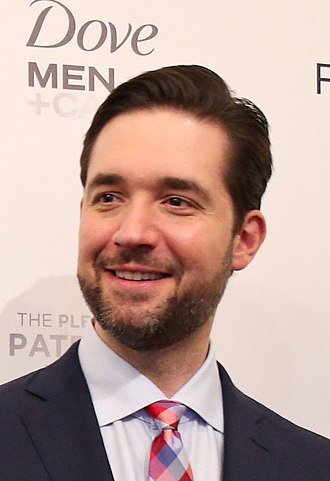 Tech founder and venture capitalist Alexis Ohanian embraces disruption, beginning with his Waffle House epiphany that becoming an attorney was not his destiny to co-founding Reddit [reddit.com] in his UVA dorm and launching the venture upon graduation.

Tech founder and venture capitalist Alexis Ohanian embraces disruption, beginning with his Waffle House epiphany that becoming an attorney was not his destiny to co-founding Reddit [reddit.com] in his UVA dorm and launching the venture upon graduation. Ultimately selling the iconic company for millions, Ohanian’s entrepreneurial journey is a business school case study and playbook for founders.

Reddit.com has become one of the largest websites in the US. It was initially funded by Y Combinator in 2005 and sold to Conde Nast in 2006. Ohanian returned as executive chairman in 2014 to help lead the turnaround of the now independent company. Without Their Permission, his national bestseller chronicles much of the story.

In 2016 Ohanian left to co-found Initialized Capital—a seed-stage venture fund with over $770M under management and a portfolio with $100B in market value, which invested in companies like Instacart and Coinbase. In addition to starting Reddit.com, he has also been instrumental in other successful online ventures, including HipMunk and BreadPig. Ohanian invested in and advised over two hundred tech startups and was a partner at Y Combinator.

In June of 2020, in protest and solidarity with the national outcry for social justice, Ohanian stepped down from his seat on Reddit’s Board of Directors and urged his company to seat a Black candidate in his place.

With his passion for inclusion and a fervent commitment to Founders, Ohanian left Initialized Capital to establish the venture firm, Seven Seven Six, which recently closed its first fund with $150M. Focused on people, culture, and community, Seven Seven Six places humanity at its core.

The firms’ limited partnership structure has DEI in its design, comprising 50% women and15% Black or indigenous limited partners. The firm offers the Founders in its portfolio an unprecedented Growth and Caregiving Commitment through an additional 2% of investment – set aside and dedicated to the life needs of Founders to encourage a balanced lifestyle including childcare, eldercare, or personal development. The innovation does not stop there. Through an open application process (not traditional for the VC world), Seven Seven Six has designed an Operator in Residence program to deliver optimum value to its Founders through access to cutting edge Operators. A first of its kind, the program promises to infuse VC with even greater diversity.

Ohanian is an advocate for the open internet, STEM education, and paid family leave. He has lobbied on Capitol Hill and penned a New York Times op-ed, Paternity Leave Was Crucial After The Birth of My Child, and Every Father Deserves It. Ohanian launched the Business Dad podcast, where he interviews fellow fathers about what it means to be a dad in today’s world and how they balance their careers and families. He is also the lead founding investor in the LA-based professional women’s soccer team, Angel City Football Club.

If you expect Ohanian’s speeches to offer the formula for uncontested success, you would be surprised. Driven by curiosity and questions (not a well-designed strategy), Ohanian lessons are transparent admissions of beta failures. His stories – punctuated with humility and humor – share the discoveries that shaped his worldview and an unrelenting commitment to make the world a better place – without permission.

The Dividends of Diversity 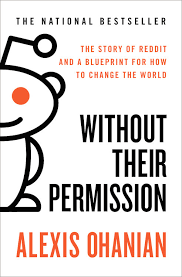 Without Their Permission: How the 21st Century Will Be Made, Not Managed