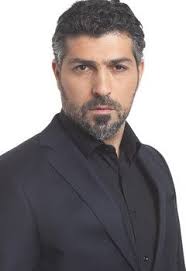 Zvi Yehezkeli is an Arab affairs correspondent and head of desk at News 10, the news division of Israel´s Channel 10 TV. He was born to a family with Iraqi and Kurdish origins, and served in an infantry unit in the IDF. After his military service, he was sent abroad for a few years by…

Zvi Yehezkeli is an Arab affairs correspondent and head of desk at News 10, the news division of Israel´s Channel 10 TV.

He was born to a family with Iraqi and Kurdish origins, and served in an infantry unit in the IDF. After his military service, he was sent abroad for a few years by the Ministry of Foreign Affairs. Back in Israel at the age of 25, he attended the Hebrew University in Jerusalem, majoring in Media and Middle East History, where he acquired his Arabic. Later he joined Israel´s Army Radio as the Gaza and West Bank reporter, and from time to time contributed various reports to the Israeli TV’s Channel 1Yoman news program.

Zvi is an Arab affairs correspondent and head of the Arab desk at Israeli News 10, the news division of Israel 10. Yehezkeli joined Israel’s Army Radio as the Gaza and West Bank reporter and occasionally contributed to the Israeli Channel 1’s “Yoman” with various reports. In 2002, he joined News 10 as the head of Desk for Arab Affairs.

In 2010, he announced that President Mahmoud Abbas had a standing invitation to appear on Channel 10 to respond to allegations that several of his senior aides have embezzled international aid transferred to the Palestinian Authority. In 2012, Allah Islam, a documentary series Yehezkeli created with David Deri, debuted on Channel 10.

The Reality of the Middle East

The Enigma of Hassan Nassralla

The New Face of the Middle East

Islam and Democracy – a possibility?