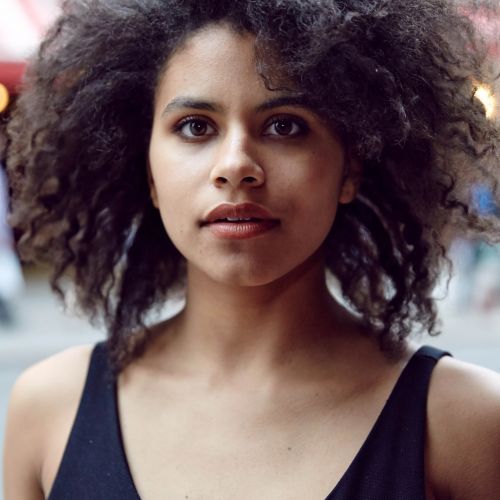 Actress, "The Joker" and "Atlanta"

Beetz stars alongside Winston Duke in the Sony Classic’s feature NINE DAYS, an existential fantasy that ponders purgatory, the afterlife, and the fate of unborn souls. The Edson Oda directorial debut feature released in theaters nationwide on August 6, 2021, with The New York Times signifying Duke and Beetz as delivering “performances of the ages.” The film first premiered at the 2020 Sundance Film Festival and earned a nomination for the coveted Grand Jury Prize at the festival. The ensemble cast also includes Bill Skarsgard, Benedict Wong, Tony Hale and David Rysdahl.

Next, Beetz will star as the infamous “Stagecoach Mary” in the first ever all-Black American Western feature film from Netflix, THE HARDER THEY FALL. Beetz stars alongside Jonathon Majors leading an all-star ensemble cast which includes Regina King, Idris Elba, LaKeith Stanfield, Delroy Lindo, Damon Wayne Jr. and Danielle Deadwyler among others. The Jeymes Samuel-directed debut feature film will open the 2021 London Film Festival, before releasing in theaters and on Netflix on November 3, 2021.

Later next year, Beetz will appear in the highly-anticipated Colombia Pictures action film, BULLET TRAIN, directed by David Leitch. Beetz will appear alongside an ensemble cast including Brad Pitt, Sandra Bullock, Aaron Taylor-Johnson, Michael Shannon, Joey King, and Brian Tyree Henry, among others. The film is currently slated to release in theaters on April 8, 2022.

In 2019, Beetz appeared in the Oscar-winning DC Comics’ thriller, JOKER alongside Joaquin Phoenix and Robert De Niro. The film premiered in competition at the 2019 Venice Film Festival, where it won the coveted Golden Lion Award, before receiving 11 Academy Award nominations, including Best Picture.

Recently, Beetz returned to the television screen in Jordan Peele’s anthology reboot of “The Twilight Zone” on CBS All Access. She appeared in the season finale, which premiered on May 30, 2019.

Beetz is a native New Yorker.

An Evening with Zazie Beetz