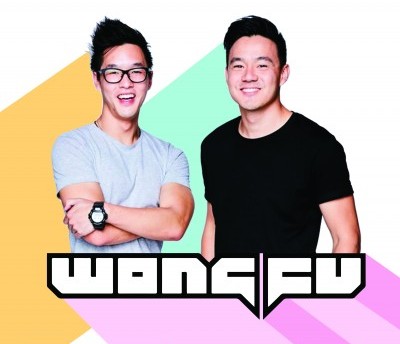 Wong Fu Productions. Known for their insightful and inspirational sketches, Wong Fu Productions is back with their new series “Yappie” which explores the concepts of the Young Asian Professional and the model minority stereotype. Come out and watch Philip Wang and Wesley Chan talk about their new series “Yappie” and their role in the Asian-American…

Wong Fu Productions. Known for their insightful and inspirational sketches, Wong Fu Productions is back with their new series “Yappie” which explores the concepts of the Young Asian Professional and the model minority stereotype.

Come out and watch Philip Wang and Wesley Chan talk about their new series “Yappie” and their role in the Asian-American community. Wong Fu Productions is an independent digital production company founded in 2003.

Since then, they’ve amassed over 3M subscribers around the world with over 500M views for their dramatic shorts and comedy sketches on YouTube. Their creative work has been recognized by CNN, NPR, and the White House for its striking quality and emotional depth as well as its authentic representation of Asian Americans.

As pioneers and leaders in the ever-growing space, Wong Fu Productions continues to expand on and off their channel, most recently with the film “Everything Before Us” released on Netflix and the original series “Single by 30” on YouTube Red.

An Evening With Wong Fu Productions