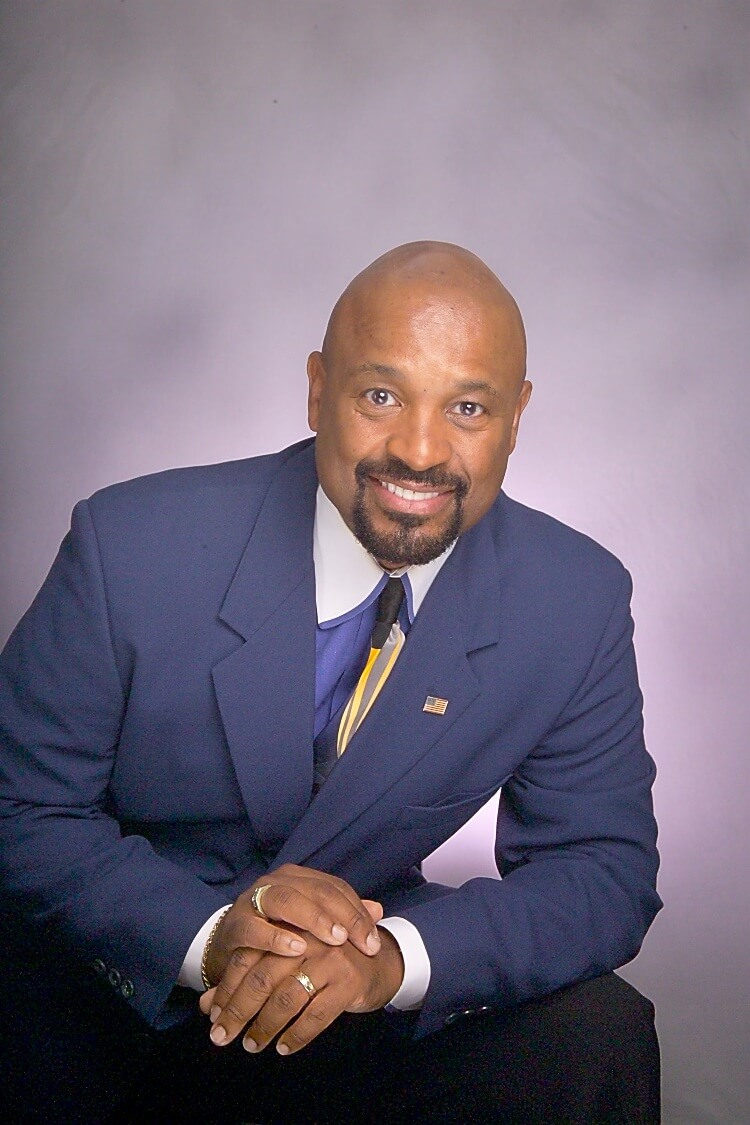 An award-winning speaker, best-selling author, national media personality, and national columnist, Willie Jolley inspires millions with music and motivation. In the January 2010 issue of Success Magazine, he was hailed as the “comeback king” for successfully helping Ford Motors avert the need to accept bailout dollars. Ford then launched a speaking tour during which Jolley…

An award-winning speaker, best-selling author, national media personality, and national columnist, Willie Jolley inspires millions with music and motivation. In the January 2010 issue of Success Magazine, he was hailed as the “comeback king” for successfully helping Ford Motors avert the need to accept bailout dollars. Ford then launched a speaking tour during which Jolley addressed all employees.

Jolley was named “one of the outstanding five speakers in the world” by Toastmasters International, an honor held by less than 50 speakers worldwide. Former winners include Nelson Mandela, Christopher Reeve, Margaret Thatcher, and Colin Powell. He has also received the two top designations the National Speakers Association bestows on the best of the best: the CPAE/Speaker Hall of Fame Award, a lifetime honor for speaking excellence and professionalism held by such luminaries as Ronald Reagan, Zig Ziglar, and Les Brown; and Certified Speaking Profession (CSP) recognition for being a person who has made a mark in the speaking industry with presentation excellence to varied industries and audiences.

Jolley now hosts the CBS affiliated segment Live Better with Willie Jolley, sponsored daily by McDonald’s. The goal of this feature is to provide inspiration and specific strategies for living a better life one day at a time. McDonald’s also named Jolley a “Black History Maker of Today.”

The author of two international best-selling books, It Only Takes a Minute to Change Your Life! and A Setback Is a Setup for a Comeback, Jolley’s new organizational development book is called An Attitude of Excellence. His latest wealth-building, mass-market book, Turn Setbacks into Greenbacks, is on its way to becoming another bestseller.

As host of the national radio show “The Willie Jolley Weekend Show” on XM Satellite radio, Willie Jolley is making a major mark on the talk radio scene. His syndicated daily feature, “The Willie Jolley Motivational Minute,” can be heard in over 50 markets, on the Rejoice Radio Network, The Radio One Network, and WHUR-FM in Washington, DC. His column is syndicated by the National News Press Association and is read by over six million people. His television special, Turning Setbacks into Comebacks with Willie Jolley, can be seen regularly on public television stations across America.

Jolley holds a BA in psychology and sociology from the American University and a masters degree from Wesley Theological Seminary. His mission in life is to help people maximize their God-given talents and abilities so they can “do more, be more and achieve more!”

An Attitude of Excellence: 5 Simple Steps to 5-Star Success

How to Be Unstoppable! Leadership & Achievement

Change Is Good… When Your Attitude is Great

A Setback Is Nothing but a Setup for a Comeback

Willie Jolley on the Hour of Power: The Power of the Dream 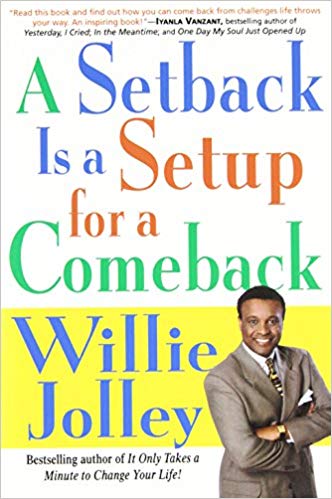 A Setback Is a Setup for a Comeback 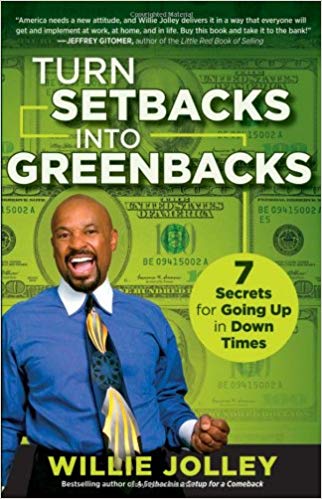 Turn Setbacks into Greenbacks: 7 Secrets for Going Up in Down Times

I can’t remember when we had a speaker who had such a positive response from the Managers and the Managers-in-Training. I have heard many of them quoting you since the meeting.

Thanks for going the extra mile and for making our meeting a smashing success. We’re glad you’re part of our team.

At the NSA-Minnesota meeting, Willie Jolley previewed terrific material from his one-man musical inspirational show that is hopefully headed for Broadway. He’s performed in sold-out theaters in Washington, D.C. and is taking the show to other theaters across the country. He sings, acts, and weaves his inspirational message in a tour de force that is likely to capture national attention as he sets a new standard for motivational/inspirational speakers. . Don’t miss it.