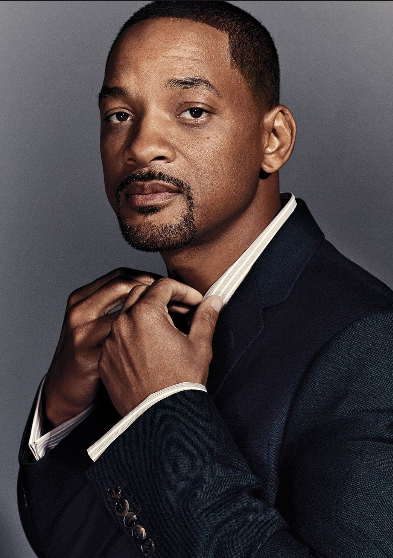 Will Smith is an actor, producer, and musician, two-time Academy Award nominee, Grammy Award and NAACP Image Award winner who has enjoyed a diverse career encompassing films, television, and multi-platinum records. Launching his media company in 2019, Westbrook Inc., Smith pushes for projects that focus on empowering artists to tell stories that connect with a global audience.

Starting as a rapper in 1985, Smith is best known for his acting roles in The Fresh Prince of Bel-Air, I Am Legend, the Bad Boys and Men in Black film series, Hitch and most recently, Aladdin. His vast filmography also includes transformative portrayals of true-life icons in Ali and The Pursuit of Happyness, both which garnered him Academy Award nominations, as well as his role in Concussion. Smith recently produced and starred in 2020’s biggest box office hit, Bad Boys for Life in addition to producing and appearing in HBO Max’s emotional The Fresh Prince of Bel-Air 30th Anniversary Reunion special. He also executive produced and hosted Netflix’s six-part docuseries Amend: The Fight for America, which explores the Fourteenth Amendment of the U.S. Constitution with an inclusive array of contemporary thought-leaders and experts.

Next up, Smith will star as Richard Williams, the infamous father of American icons Venus and Serena Williams, in Warner Brothers’ King Richard. He also serves as a producer on the project through his Westbrook Studios. The film recounts the path to greatness the tennis icons would endure under their father and is set to release in theaters on November 19th .

Currently, Smith is in production on Apple’s upcoming scripted action thriller Emancipation. The film is based on a true story and Smith will star as a slave named Peter who sets out on an intense journey fleeing a Louisiana plantation following a brutal whipping. The film is directed by Antoine Fuqua, and produced by Smith’s very own, Westbrook Studios.

Most recently, Smith wrapped up shooting for Amend: The Fight for America, a six-part, Netflix docuseries that uses a multimedia narrative format to explore the US Constitution’s Fourteenth Amendment. The series is among several other production projects from Westbrook Studios, including a two-season order from Peacock for Bel-Air, the dramatic reboot of Will Smith’s iconic The Fresh Prince Of Bel-Air set to premiere in 2022.

Smith and his wife also founded the Will and Jada Smith Family Foundation to benefit inner-city community development, youth educational projects and under-privileged children and their families.

An Evening with Will Smith

Will Smith’s Full Interview with Ellen

My Secret Shame | Best Shape of My Life