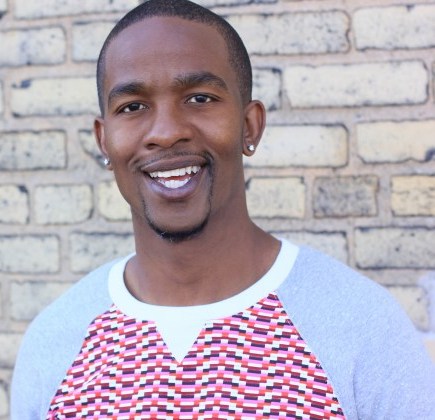 Former NFL player Wade Davis is a thought leader, writer, public speaker, and educator on gender, race, and orientation equality. Davis played for the Tennessee Titans, the Washington Redskins, and the Seattle Seahawks, as well as for two different teams within the NFL Europe league. Recently Davis added actor and television consultant to his resume…

Former NFL player Wade Davis is a thought leader, writer, public speaker, and educator on gender, race, and orientation equality. Davis played for the Tennessee Titans, the Washington Redskins, and the Seattle Seahawks, as well as for two different teams within the NFL Europe league.

Recently Davis added actor and television consultant to his resume as he guest starred and consulted on American Crime, ABC’s critically acclaimed series from Oscar winner John Ridley. In March of 2016, Davis gave his first TEDx Talk at the University of Florida, The Mask of Masculinity.

Davis is dedicated to using his platforms and social currency to highlight issues that directly impact women and girls. In partnership with the Ms. Foundation and Ebony Magazine, Davis launched the #BlackMenAndFeminism campaign, focusing on conversations with Black men around their perceptions and understanding of feminism. Recently, Davis worked with Huffington Post Women to film content centered on men as feminists. Future collaborations include an online campaign with Mic.com around Defining Manhood.

Davis helped launch the Ms. Foundation’s #MyFeminismIs campaign in the fall of 2015 with a series of videos, including one featuring a conversation on feminism with The Nation’s Mychal Denzel Smith. Davis appeared at the University of Chicago’s Reaching Out conference with ESPNW’s Kate Fagan to discuss the “Run Like A Girl: (Re)defining Feminism campaign and has spoken at the NCAA’s diversity conference to address the intersection of sexism and homophobia in sports as well as next steps for inclusion and forward motion. Planned Parenthood’s PSA campaign #StandWithPP prominently features Davis speaking on the need to ensure that all women have access to safe, affordable and quality healthcare.

Starting in 2014, Davis became the NFL’s first Diversity and Inclusion consultant, where he leads inclusion training sessions and national engagement initiatives including the Hi-Five project, working to further create safe space in sports for LGBT athletes. Davis’ work with the NFL will extend to individual teams and their corporate sponsors, working to erase the barriers that exist between NFL players and the LGBT community through a powerful video campaign involving players and coaches. Davis is currently at work on a book due out in 2017 that focuses on how masculinity, gender, sexual orientation and more all collide within the NFL.

As an educator, Davis was an adjunct professor at the NYU School of Wade Davis 05/24/16 2 Professional Studies Tisch Institute for Sports Management, Media, and Business and served as an adjunct professor at the Rutgers University School of Public Affairs and Administration. Davis has lectured on the intersections of race, sexuality, gender, and sports at universities nationally and internationally and is the former assistant director of academic enrichment and work readiness for The Hetrick-Martin Institute, where he taught at promise LGBT youth how to define success.

During the 2012 presidential election, Davis was an official LGBT Surrogate for President Obama, and is currently both a UN Women HeForShe Ambassador and a U.S. State Department Speaker Specialist. In these roles, Davis continues to travel globally to address issues of gender, race, sexuality and class in the interest of promoting diversity and inclusion for all.

Davis is a frequent guest on MSNBC, BBC, NPR, CNN, ESPN, and BET. His essays and writings have appeared in media outlets including the Los Angeles Times, the Advocate, Huffington Post, the New York Times, Ebony, the Guardian, and the White House Blog. Davis has spoken at and/or provided workshops and trainings at over 100 colleges, universities and corporations including Stanford University, Penn State University, Syracuse University, Texas A&M University, Fox, Pepsi Co, JP Morgan Chase, Goldman Sachs, and Deutsche Bank.

Wade Davis was born in Little Rock, Arkansas and graduated from Weber State University in Ogden, Utah with a Bachelor of Science in Business Administration. In 2014 Davis received an honorary Doctor of Public Service degree from Northeastern University for his leadership and ongoing efforts to eradicate homophobia and sexism in athletics

LGBT & Sports: The Coming Out Process
As a former NFL player and one of the few openly gay former professional athletes, Wade shares his own coming out process and the work he does as an LGBT consultant for the NFL and as Executive Director of the You Can Play Project, an organization with partnership with including the NHL, MLS, CFL and others.

At Risk vs. At Promise: Defining Inner City Youth
When working in marginalized communities, the words and the language that we use matters, and how we talk about the young people we are trying to impact can determine how we show up – as social justice advocates or as saviors. Do we see their promise? Do we see them as we look at ourselves in the mirror? While working with marginalized youth at the Hetrick-Martin Instiute, teaching at the Harvey Milk High School, and creating the country’s only inner city LGBT sports camp, Wade explains how to embody this idea of fictive kinship and see the promise in young people.

Masculinity: An Imaginary Friend
How do you define masculinity? Wade defines masculinity as an imaginary friend, and if left unchecked, masculinity can be highly toxic. Through his teachings and training, he’s learned we must do the work to unlearn the seductive nature of sexism and toxic masculinity, and move to create space for all without stigma and shame being attached. Wade talks about the work he’s done to undo the constraints of perceived masculinity, and move forward in a positive way.

Intentional Diversity & Inclusion
Have we emptied the true meaning of intersectionality by only changing the optics of organizations, without understanding the structural and institutional challenges that go unnoticed? Through practical and tangible examples, see how Wade can help your business evolve into a space where diversity and inclusion becomes part of your organizational DNA.

Sexism: How Ending Sexist Oppression Will Free Men
Far too often we imagine that ending sexism impacts only women. Yet if we re-imagine the gender roles and expand our understanding of masculinity and femininity, men benefit from the expansion: how they can show up in world without the pressures of performing toxic forms of hyper masculinity. Wade explores his own dialog with feminism, tools to be pro-active about ending the sexist dialog, and leads conversation around the topic.

The Mask of Masculinity - Wade Davis