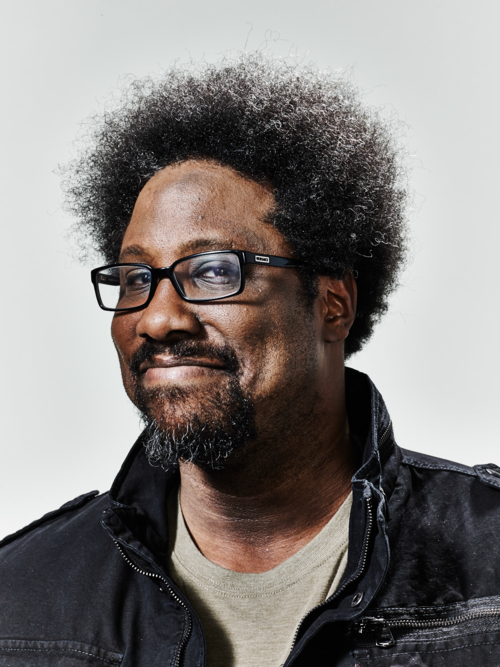 Called “the most promising new talent in political comedy in many years” by The New York Times, socio-political comedian, W. Kamau Bell has emerged as the post-modern voice of comedy. He’s been seen or heard on Comedy Central’s @midnight, HBO’s Real Time with Bill Maher, WTF with Marc Maron, The Rachel Maddow Show, and Fresh…

Called “the most promising new talent in political comedy in many years” by The New York Times, socio-political comedian, W. Kamau Bell has emerged as the post-modern voice of comedy. He’s been seen or heard on Comedy Central’s @midnight, HBO’s Real Time with Bill Maher, WTF with Marc Maron, The Rachel Maddow Show, and Fresh Air with Terry Gross, but he might be most excited about his new podcast called Denzel Washington is The Greatest Actor of All Time Period.

Named an Ambassador of Racial Justice by the ACLU, his weekly FX comedy series, Totally Biased with W. Kamau Bell, premiered in August 2012 and became a critically acclaimed but criminally short nightly show on FX’s comedy network, FXX. Despite being cancelled in December 2013, the show was nominated for a 2013 GLAAD Award for “Outstanding Talk Show Episode” for Bell’s interview with Laverne Cox, as well as Best Talk Series at the 2012 NAACP Image Awards. Salon.com called the series “surreptitiously revolutionary in its effortless diversity and humanism” and The San Francisco Chronicle raved, “It makes The Daily Show seem like something your dad watches.”

In 2010, Bell released his second stand up album, Face Full of Flour, which was named one of the Top 10 Best Comedy Albums of the year by iTunes and Punchline magazine. His first album One Night Only was released in 2007, the same year he developed his one-man show The W. Kamau Bell Curve: Ending Racism in About An Hour, which received rave reviews from audiences, critics, and industry insiders. The show was a comedy pick in The Guardian during its 2011 run at the Edinburgh Fringe Festival; a Time Out NY critic’s pick in the 2010 NY Comedy Festival, and played to sold-out audiences in the 2009 NY International Fringe Festival.

The W. Kamau Bell Curve: Ending Racism in About an Hour
Just like skinny jeans, superhero movies, and celebrity weight loss, racism continues to make a comeback. Luckily for us, campus speaker W. Kamau Bell is here to make (non)sense of all of it all. “The Curve” is a comedic, topical exploration of the current state of America’s racism, combined with a little (unknown) history, a little Powerpoint, and a whole bunch of Kamau. And because racism is always attacking in new ways and from new angles, Kamau attacks back by constantly adding new material. “The Curve” is a seamless mix of stand-up comedy, video and audio clips, personal stories, knowledge-dropping, and solo theatrical performance.