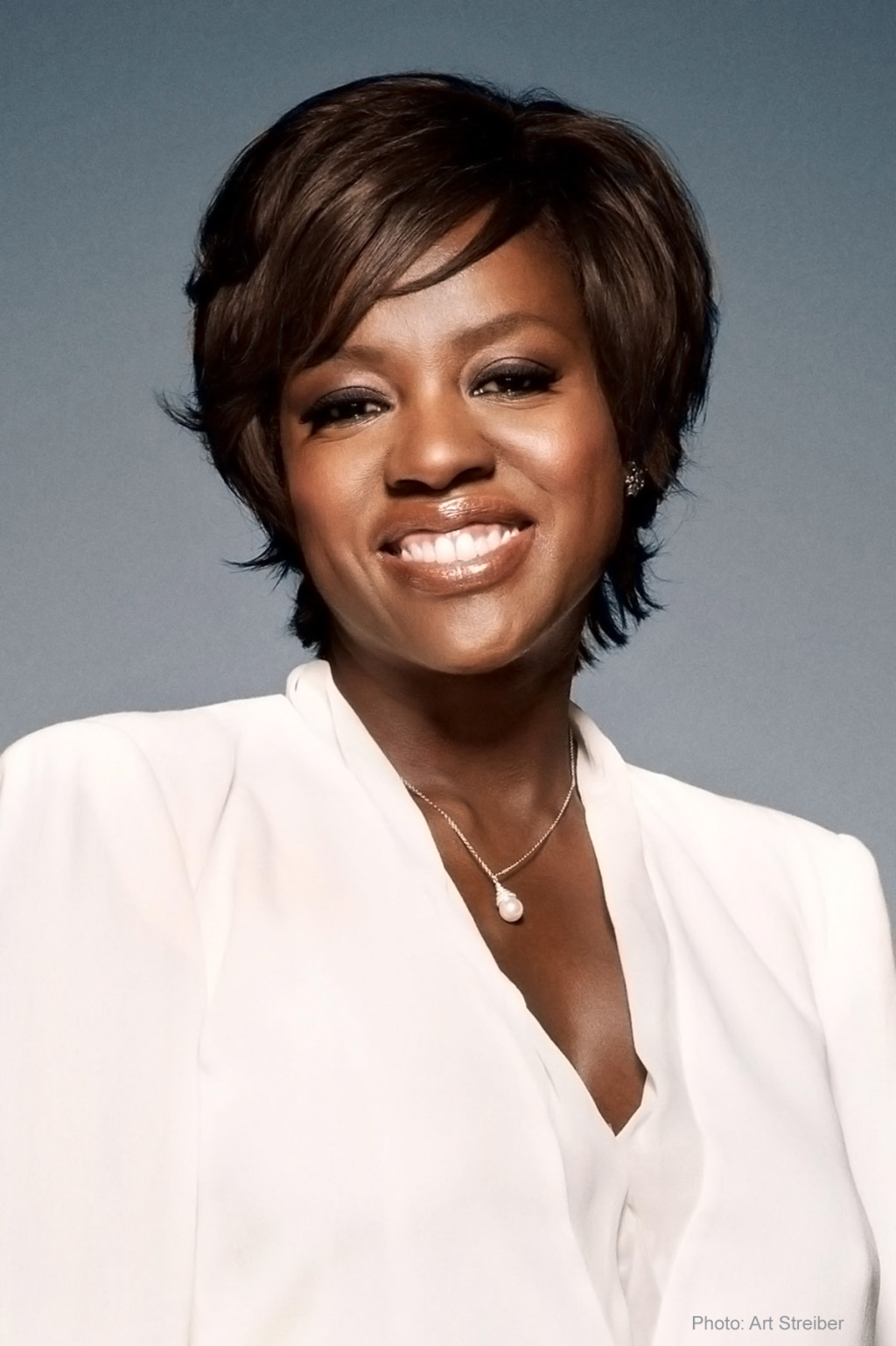 Classically trained, award-winning actor, Viola Davis has conquered every medium from stage to television to film. From her Tony Award-winning performances in King Hedley II and Fences to her Academy Award nominated performances in The Help and Doubt, Viola has burst through every barrier to become one of the most accomplished and celebrated actors today.…

Classically trained, award-winning actor, Viola Davis has conquered every medium from stage to television to film. From her Tony Award-winning performances in King Hedley II and Fences to her Academy Award nominated performances in The Help and Doubt, Viola has burst through every barrier to become one of the most accomplished and celebrated actors today.

She most recently became the first African American woman to win the Emmy for Best Actress in a Drama Series for her role as ‘Annalise Keating’ in Shonda Rhimes’s ABC drama How to Get Away with Murder. Her role also earned her two Screen Actors Guild Awards, an NAACP Image Award and two Golden Globe nominations.

In The Help, Davis captivated audiences and critics alike with her portrayal of ‘Aibileen Clark.’ Set in Jackson, Mississippi, during the 1960’s, the film chronicles the relationship between three different and extraordinary women who build an unlikely friendship around a secret writing project that breaks societal rules and puts them all at risk. Davis earned a Screen Actors Guild Award, a Critics’ Choice Award, and was also nominated for the Academy Award, Golden Globe Award and British Academy Film Award. Other notable film roles include Blackhat, Get On Up, Prisoner, Beautiful Creatures, Extremely Loud and Incredibly Close, and Eat Pray Love.

Rising out of “the absolute epitome of poverty,” Viola fell in love with theater early in high school as a form of escape. Her passion and growing abilities for acting would pay off with a full scholarship to the Young People’s School of the Performing Arts before attending the prestigious Julliard School for four years. In 1996, Viola hit the acting trifecta by earning roles on Broadway (Seven Guitars), TV (NYPD Blue), and film (The Substance of Fire).

Equally passionate is Viola’s dedication to ensure that “women of color are part of the narrative,” on all artistic platforms. On raising the profiles and stories of young women of color, Viola says, “I want to do what Cicely Tyson did to me… she allowed me to have the visual of what it means to dream.” It’s this type of ideology and commitment that Time saw when they named Viola as one of the “Most Influential People of 2012.”

From the lectern, Viola discusses her career and how overcoming adversities and preconceived restrictions have all contributed to reinforcing her abilities as an artist and becoming a stronger woman.

Viola was most recently seen in Fences from Paramount Picture. The film is starring, directed and produced by Denzel Washington and is adapted from August Wilson’s play. Davis also starred with Washington in the 2010 revival of the play on Broadway. Her portrayal of ‘Rose Maxson’ brought her a Tony Award, as well as the Drama Critics’ Circle Award, Outer Critics Circle Award and Drama Desk Award. Fences was also honored with the Tony Award for “Best Play Revival” and was the most profitable theater production of the year. The film has garnered stellar reviews.

The Journey of a Hero

MLK and My Life

Viola Davis: How To Get Away With Murder

Viola was superb yesterday in her luncheon keynote address! Thanks for all of your help with her arrangements. I hope that she had a good time while she was here, because she made a speech worthy of an Academy Award.

Everything went fantastic. I hope that Ms. Davis and her family felt welcomed and enjoyed their time in Portland and participating in our event. The impact of her keynote was humbling and inspiring. She left our audience filled with hope and a charge to help change the world. We couldn’t have asked for anything more.

Viola really blew us and the entire audience away with her lecture. She really struck a chord with a highly activism-minded student audience, and she was wonderful in a small reception following the event. Everything she said was made even more personal simply by her personal history and experience in this area of Rhode Island. Thank you so much for the work and support you put in through this process, we are so happy that Viola was able to join us at Brown!