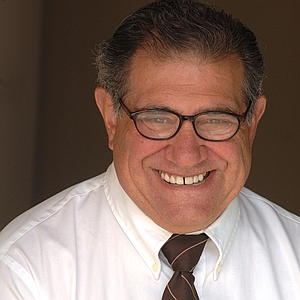 Vince Lombardi Jr, son of legendary NFL coach Vince T. Lombardi, challenges audiences to growth, change and improved performance. Armed with a personal knowledge of his father’s leadership techniques and a powerful stage presence, Lombardi continues a legacy of leading others to better lives. Vince’s early years were spent in an atmosphere of personal power…

Vince’s early years were spent in an atmosphere of personal power and achievement. After graduation from college and law school, he maintained a private practice while serving in the Minnesota legislature. His personal challenge to others while in public office was to fulfill all duties with honesty and integrity.

In 1975, Lombari made the leap from law and politics to professional football. He joined the newly formed Seattle Seahawks as assistant to the General Manager. He would later become Assistant Executive Director of the National Football League Management Council as a labor negotiator. He also led two United States Football League teams as President and General Manager.

During his professional football service, Vince made direction, enthusiasm and success the hallmarks of his efforts. With a focus on the person as a part of a larger organization, he passionately urged individual excellence to further team goals. He gained a reputation for a tough yet fair management style.

Vince Lombardi Jr weaves decades of experiences to create a challenging and emotionally keynote address. Whether drawing upon childhood experiences or adult opportunities in law, politics and football – Lombardi is able to motivate attendees to new, personal successes.

Coaching for Teamwork
Building a team, motivating a team, is an art, a science, a necessity! Team building is the key strategy for organizational effectiveness for the 1990s. The coach creates a proactive environment by building trust, respect, and commitment. The coach fosters a winning attitude by having a vision, motivating constructively and building accountability and resiliency within the team.

Motivation, Commitment, Mental Toughness
Goals without commitment are nothing more than good ideas. In this presentation Vince talks about the qualities, attributes and habits of a winner. How clear, vivid goals and dreams combined with commitment and mental toughness can take you from where you are to where you want to be. There are no lazy people, just people who don’t know what they want or how to get it. 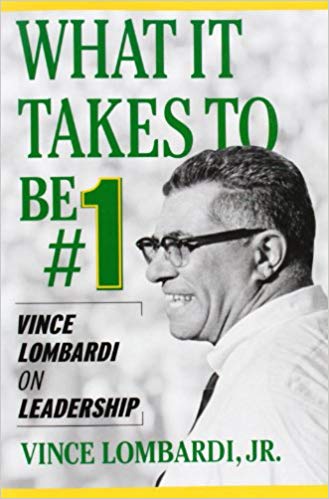 What It Takes to Be #1 : Vince Lombardi on Leadership 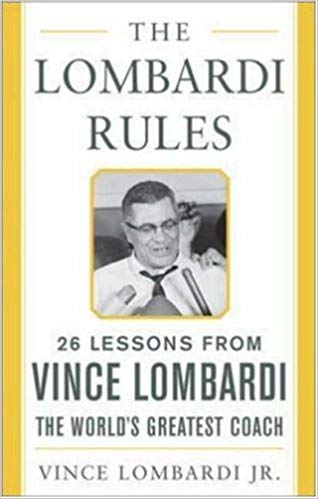 It’s not an easy job to bring 500 sales people to a rousing ovation on a Sunday morning. The fact that you did just that, is a great tribute and a very lifting testimonial.

Your professional skill and knowledge contributed greatly to the overall value of our program, and provided significant ‘takehome’ information that was both useful and timely.

Personally, it was interesting for me to note that during the rest of our meeting, members were relating to your presentation and to the terminology and thoughts which you presented.

You captured our minds and hearts. You told meaningful stories without too much emphasis on sports. You gave us valuable insights and practical tools. And, you were the best prepared, most gracious speaker I’ve ever encountered.

You held the crowd in the palm of your hand. You tied in our Company name and particulars about our business very well. This impressed everyone in the room and showed extra preparation and thought.