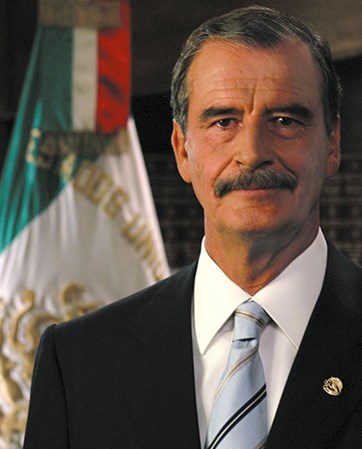 A visionary leader with a deep understanding of the economic and social challenges facing Latin America, President Vicente Fox is one of the world’s most important voices on the contemporary geopolitical landscape and the role of business in the developing world.

Vicente Fox Quesada was born on July 2, 1942. He grew up at Rancho San Cristobal in Guanajuato, a communal land, where the only difference between him and his childhood friends were the opportunities he had. He always remembers from his childhood that one of the harms that can be avoided in our country is poverty.

He studied Business Administration at the Universidad Iberoamericana, and later he received a Top Management Diploma from the Harvard Business School.

In 1964 he joined the Coca-Cola Company in Mexico and started from the bottom; through his perseverance he became President of the company for Mexico and Latin America.

He served as President of Mexico from 2000 to 2006. He was the first candidate from an opposition party to be elected president.

Today Fox is an Advisory Board Member at Inolife Sciences and is actively involved on encouraging leadership and creating opportunities for the less favored people through his organization named Centro Fox. 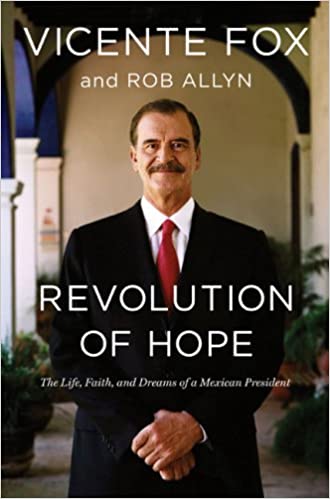 Revolution of Hope: The Life, Faith, and Dreams of a Mexican President Hardcover