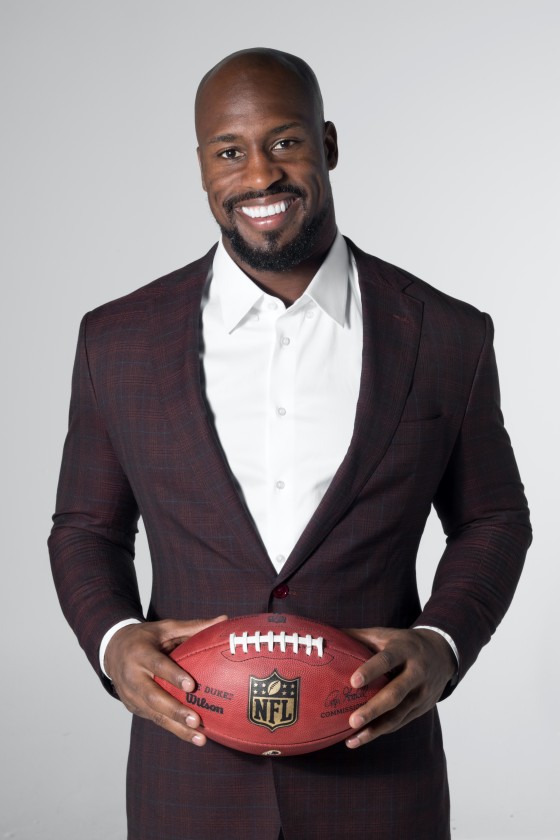 Vernon Davis is a former American football tight end. The 15-year NFL veteran was selected by the San Francisco 49ers in the 2006 NFL Draft and played his first ten seasons with the 49ers.

Vernon Davis is a former American football tight end. The 15-year NFL veteran was selected by the San Francisco 49ers in the 2006 NFL Draft and played his first ten seasons with the 49ers. Davis landed with the Denver Broncos in 2015 during their Super Bowl 50 run and later joined his hometown team, the Washington Redskins, in 2016 and spent four seasons there before retiring after the 2019-2020 season.

Even during his playing days, Vernon had his eyes on an acting career. He has already appeared in blockbuster movies such as Baywatch, which starred Dwayne Johnson and Zac Efron, as well as Hell on the Border, a film about the first black deputy marshal west of the Mississippi. Davis was a celebrity contestant on Dancing with the Stars and also hosted The Challenge, the popular MTV game show. His latest acting role was the lead in the upcoming thriller Red Winter. Vernon recently finished filming director Adam Sigal’s The Chariot, co-starring John Malkovich in Little Rock, Arkansas. Davis is currently filming Gasoline Allen with Bruce Willis in Atlanta, Georgia.

Vernon exercises his producing skills by founding not one but two production companies, Reel 85 and Between the Lines Productions.

Off the field, Davis navigates through the worlds of entrepreneurship and philanthropy. He owns multiple Jamba Juice franchises and a supplement company, Timeless. Vernon created the Vernon Davis Foundation for the Arts to promote art education and art appreciation among youth from disadvantaged backgrounds. VDFA evolved into the Vernon Davis Foundation, which services at-risk youth of all interests and demographics.